“Bringing young Cypriots together through stories, ideas and conversations for a day of keynote speeches, talks, panel discussions and networking”

#WeAreUKCypriots, an initiative to bring young Cypriots together through stories, ideas and conversations is launched today by Tom Toumazis MBE and the National Federation of Cypriots in the UK. The event has the support of the Government of Cyprus.

The event will host 200 young Cypriots featuring contributions from the Government of Cyprus and the UK Cypriot community, young and old, who have made a success working in business and trade, the arts, sciences, politics, and public service.

To be part of #WeAreUKCypriots, fill in the registration form on this page.

Commenting on the initiative, organising team member Emine Ibrahim said, “I’m delighted to be involved, and welcome days like this when we can focus on the things we have in common, and believe me, there are a great deal! It’s a wonderful opportunity to bring Cypriots of all backgrounds together.”

Tom Toumazis, Co-Founder and Event Chair, said, “This has been in the making for quite some time and, now that we can bring people together again, we want to use this day to nurture and support the Cypriots of tomorrow; create an environment for networking; and show the upcoming generation the art of the possible. #WeAreUKCypriots will also explore Diversity, Equity & Inclusion themes that are important to young people. The day promises to tackle subjects like: how to be the best that you can be, what does it mean to be a second/third generation Cypriot in the UK and what is the experience of being LGBTQ+?”

Christos Karaolis, President of the National Federation of Cypriots in the UK, said “The full line-up of speakers, including senior Cypriot Government Ministers, members of the UK parliament, and speakers from a variety of fields and backgrounds will be announced over the weeks ahead. Trade, investment and people-to-people links between the UK and Cyprus are as important today as ever. I’m excited to see how new ideas that push this forward develop from the day. It’s great to announce two speakers today, John Christodoulou, property developer and philanthropist, and Rt. Hon. Dame Janet Paraskeva, former CEO of the Law Society and a member of the Privy Council.”

The Auditorium at Bloomberg’s European Headquarters in London. The building was opened in 2017 and was designed by Foster + Partners. The building sets new standards for sustainability and innovation, and raises the bar for future office buildings around the world.

More speakers will be announced over the coming weeks. Make sure to keep checking our website / social media platforms for more announcements and updates. 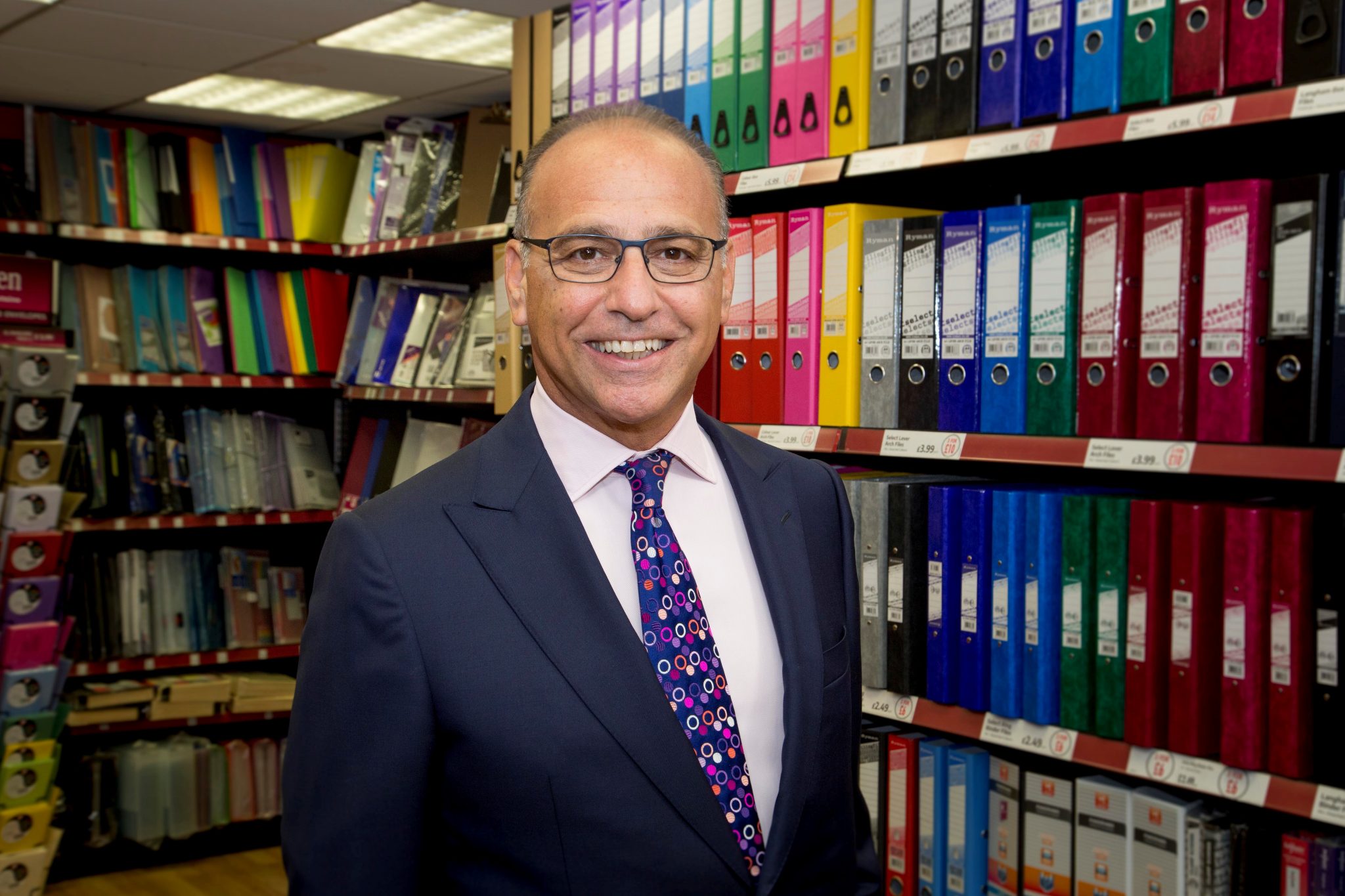 Theo Paphitis left school at the age of 16 with no qualifications due to his dyslexia. He quickly developed a strong entrepreneurial mind. Renowned for reviving the fortunes of several notable high street brands and for his appearances on Dragons’ Den, the Theo Paphitis Retail Group encompasses over 300 stores and 4,000 employees who serve millions of customers a year. 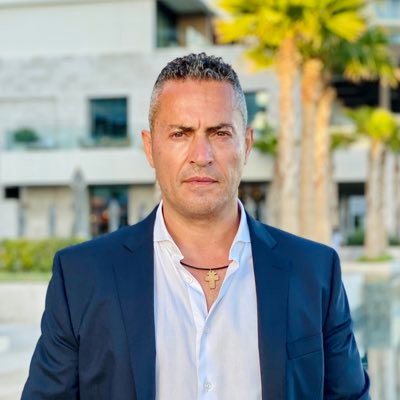 John Christodoulou is a Monaco-based British property developer and owner of Yianis Group. Born in Cyprus, Christodoulou was just a child when he came to London as a refugee in 1974. He founded the Yianis Christodoulou Foundation, which supports underprivileged children and their families in the UK, Cyprus, and beyond. 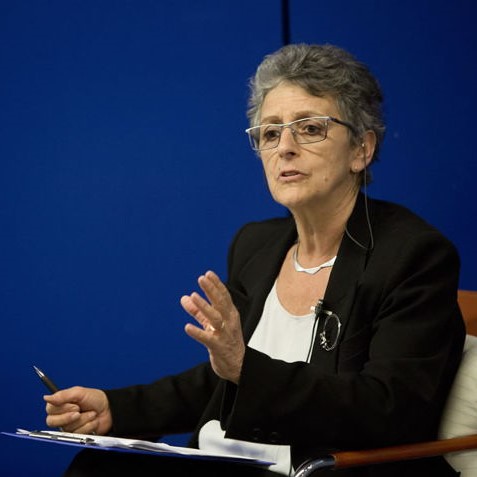 Dame Janet Paraskeva has served in an array of high-profile national organisations. She was Chief Executive of the Law Society from 2000 to 2006, First Civil Service Commissioner, and has held senior roles in the Serious and Organised Crime Agency and many other national organisations. Dame Janet is currently Chair of the Jersey Appointments Commission and a Trustee of Contemporary Applied Arts. Dame Janet is a member of the Privy Council. 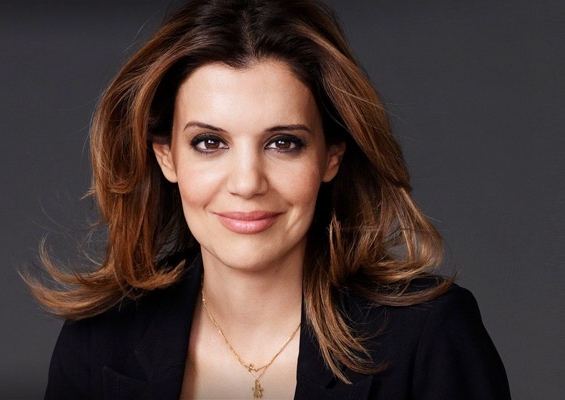 Dr Linda Papadopoulos is one of Britain’s best known psychologists and is frequently interviewed on national television about mental health and wellbeing. She has a prolific academic publication record and has provided professional commentary for numerous British television and radio programmes. 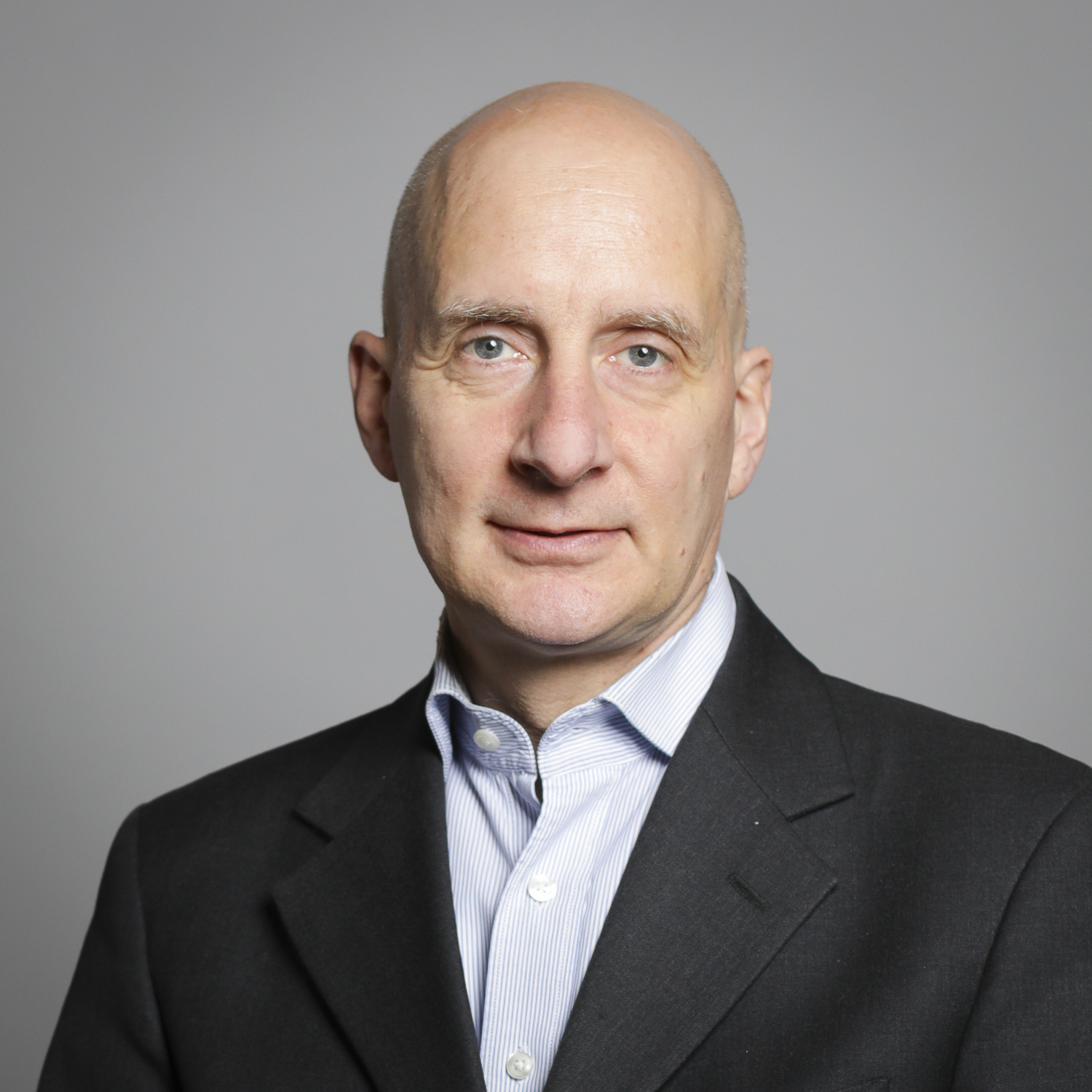 Lord Andrew Adonis is a member of the House of Lords who has held senior positions under Prime Ministers Tony Blair and Gordon Brown. He became the first UK Cypriot to serve in the Cabinet following his appointment as Transport Secretary in 2009. Prior to that he was a Minister for Education (2005-08) and a key figure in the Number 10 Policy Unit (1997-05). He is currently the Chair of the European Movement. 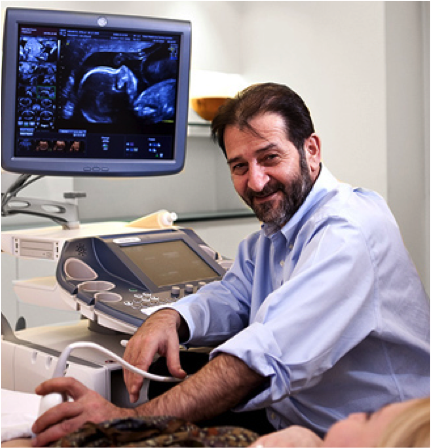 Professor Kypros Nicolaides is a fetal medicine pioneer whose discoveries have revolutionised the field and improved the care of pregnant women worldwide. His work was recently featured in The Surgeon’s Cut on Netflix. He was elected to the US National Academy of Medicines in 2020, has been Professor of Fetal Medicine at King’s College London since 1992, and is Founder of the Fetal Medicine Foundation. 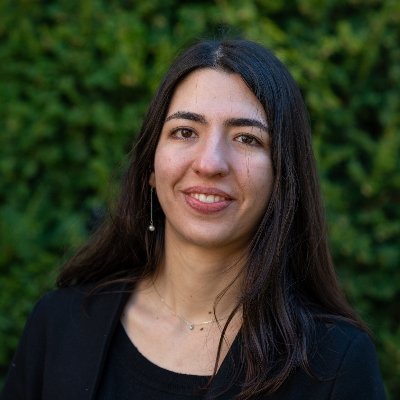 Eleni Courea is Deputy London Playbook Editor at POLITICO. Before joining POLITICO, she reported from Westminster for the Times, the New Statesman, and the Observer, and was a recipient of the Anthony Howard Award for young journalists. 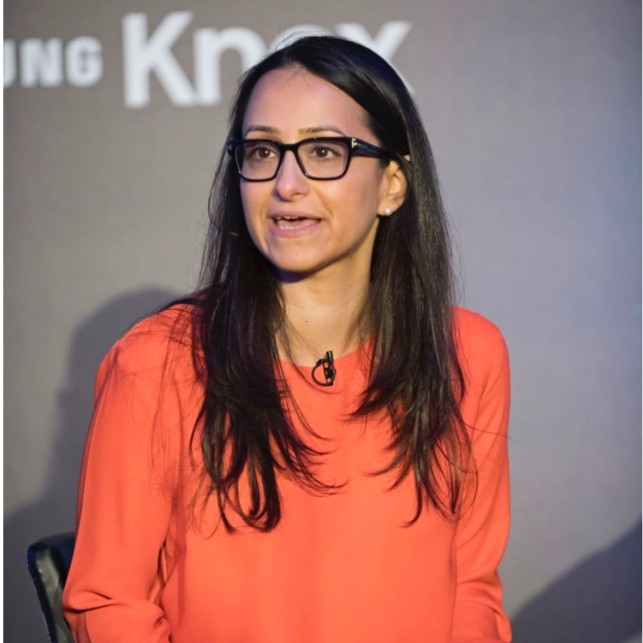 Dora is the Chief Strategy Officer of The Ozone Project, the digital advertising platform created by The Guardian, The Telegraph, News UK & Reach plc. Prior to this Dora held senior positions at The Telegraph where she was MD of Digital, and Yahoo where she led automated media sales and commercial operations across Europe and the Middle East. Dora is a founding member and mentor for MEFA (Media For All) – the network set up to help Black, Asian and other ethnic talent thrive in the media industry – as well as a mentor for Outvertising, the LGBT+ advertising and marketing advocacy group. She lives in North London with her wife and daughter. 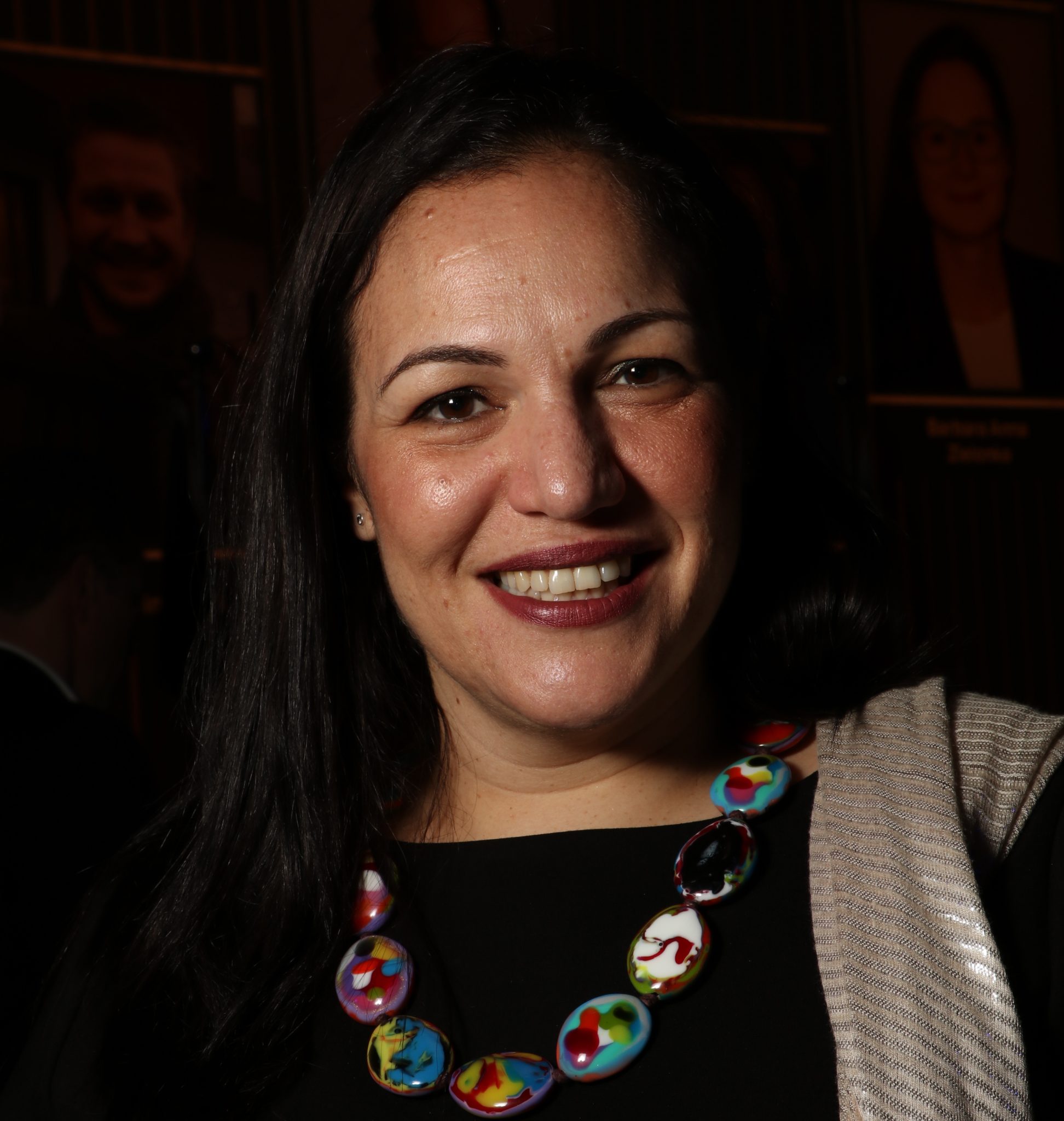 Andria Zafirakou is a teacher at Alperton Community School in Brent who won the 2018 Global Teacher Prize. Using the prize money, Andria founded a charity called Artists in Residence with an aim to improve arts education in schools. Andria has been named in the top ten of The Evening Standard’s 1000 Londoners List, a list of the most influential people in London. She is also Culture Leader for the World Economic Forum. 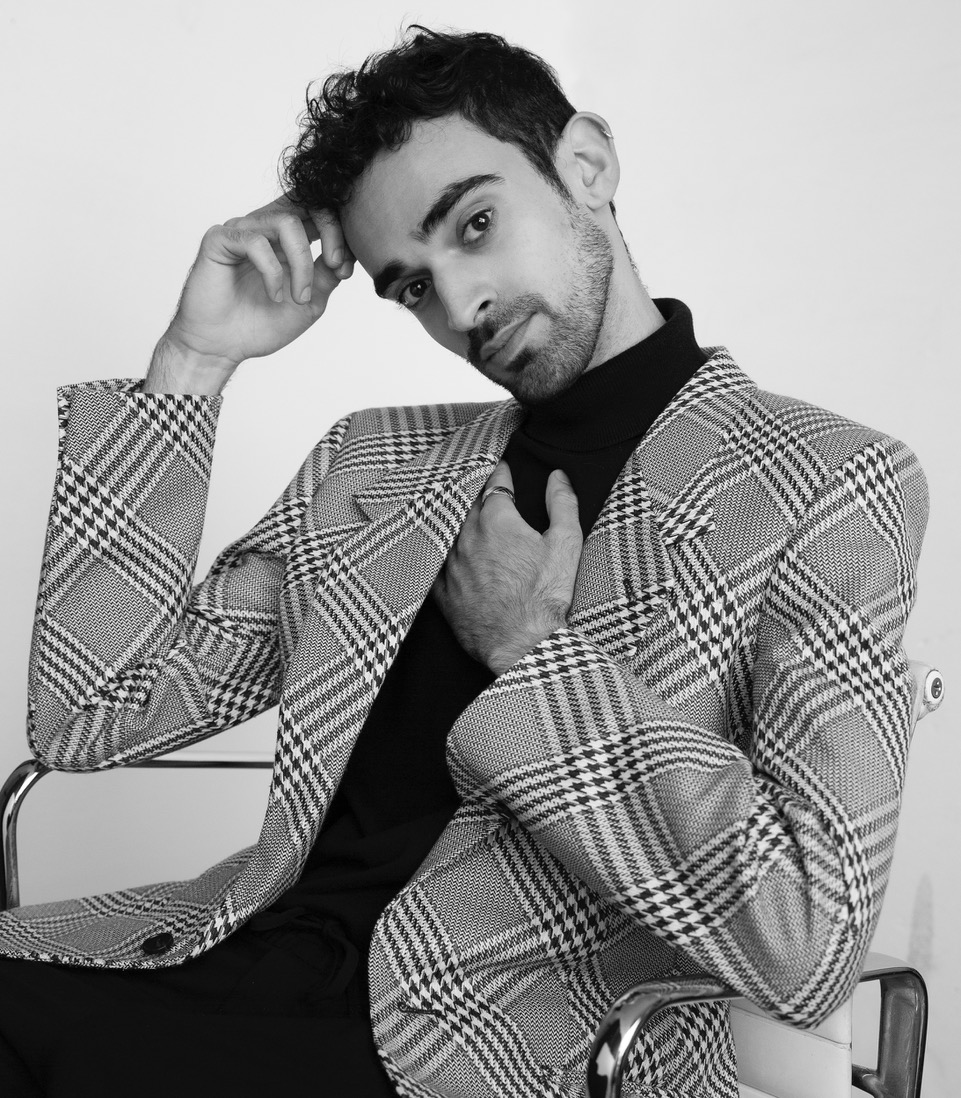 Aran Cherkez is a theatre director and DJ, and is the Artistic Director of Haringey Shed. Having studied at Rose Bruford College, now at the age of 24, Aran has been able to showcase their work within London’s West End, Fringe and regionally, at venues such as Southbank Centre, Alexandra Palace and The Fortune.  In 2022, they have been awarded an MGC Futures bursary and Associate Artist of The Kings Head Theatre. 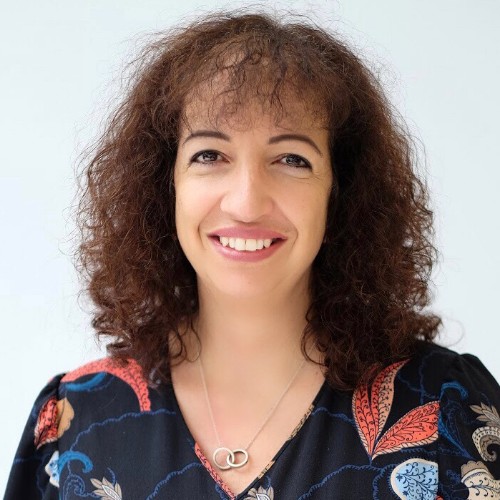 Soulla is The Economist Group’s Chief Talent Officer where she focuses on engaging and developing talent throughout the organisation. Prior to joining The Economist Group, Soulla was Chief People Officer at The Telegraph, Senior Vice-President HR Global at UBM plc and an Associate at Baker & McKenzie where she qualified as a lawyer. Soulla has also served as Chair of the nationwide homeless charity, Novas. 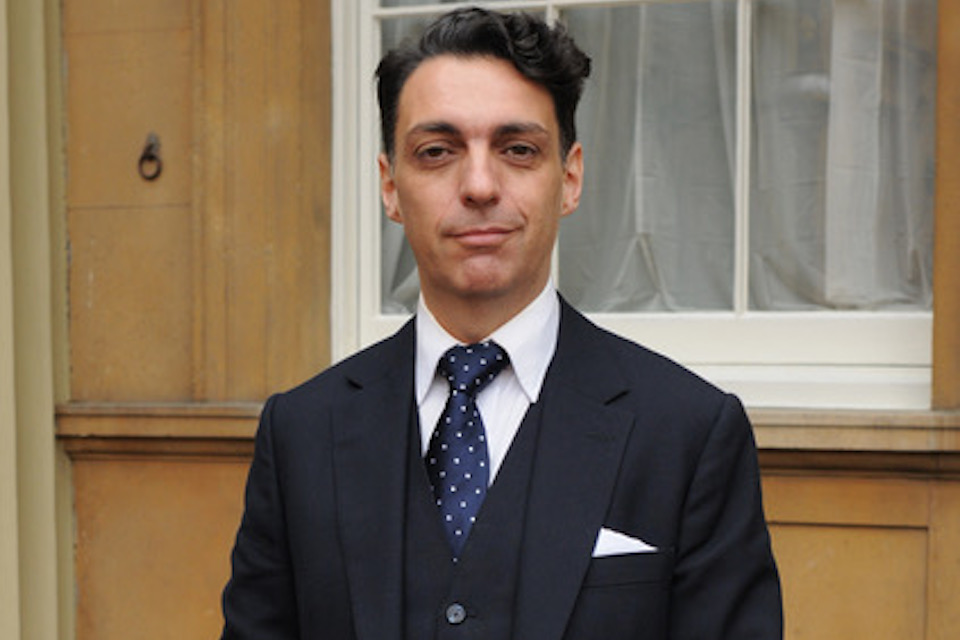 Kerry Michael MBE was Artistic Director of Theatre Royal Stratford East for 13 years. In 2018, he was awarded OFF WEST END Artistic Director of the Year and an MBE for services to the arts. Kerry has directed award-winning theatre productions, musicals and operas and has pioneered the International Festival for Emerging Artists, Home Theatre UK, and OPEN STAGE.