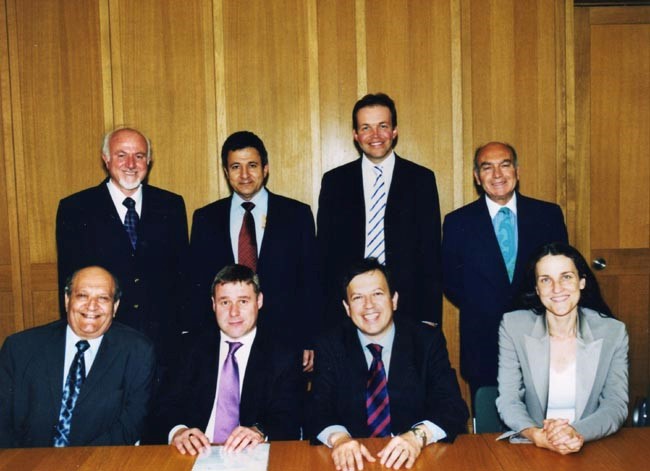 Mark Francois MP, Shadow Minister for Europe, has reassured the President and the Executive of the National Federation of Cypriots in the UK that a new Conservative Government will engage with all relevant parties, including Turkey, in order to help facilitate a lasting solution to the Cyprus problem.

Mr Francois made the pledge at a meeting held at the House of Commons with Peter Droussiotis, President of the Federation, and the organisation’s three Vice Presidents and its Honorary Secretary. Mr Francois was accompanied by Theresa Villiers, Member of Parliament for Chipping Barnet and Shadow Minister for Transport, and David Burrowes, Member of Parliament for Enfield Southgate and Shadow Minister for Justice.

In statements made to the Cyprus Broadcasting Corporation after the meeting, Mr Francois welcomed the Memorandum of Understanding signed between the UK and the Republic of Cyprus during President Demetris Christofias’ recent official visit to London and expressed satisfaction with the meetings which the Cypriot President had both with Prime Minister Gordon Brown and also with the Leader of the Conservative Party, David Cameron MP. The latter meeting was also attended by Shadow Foreign Secretary William Hague MP, Ms Villiers and Mr Francois.

“The Federation is keen to maintain a regular dialogue with the Conservative Party in parallel to our contacts with the Government. My colleagues and I had a very useful exchange of views with a team of Conservative Shadow Ministers at which we stressed the importance that we, as British Cypriots, attach to the role which the United Kingdom can fulfil, both as a guarantor power and as a permanent member of the UN Security Council, in the context of the international community’s collective efforts to support the island’s reunification.”