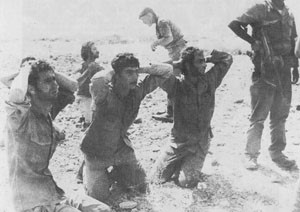 The President of the National Federation of Cypriots in the United Kingdom, Mr Peter Droussiotis, has added his voice to calls for an investigation into the recent confession by the Turkish actor, Attila Olgac, that he killed ten Greek Cypriots during the Turkish invasion of Cyprus in 1974.

During his live interview on Turkish television, Mr Olgac said that one of the ten victims had been a prisoner of war, with his hands tied behind his back, when he was shot in the head by Olgac and that the latter was ordered by his commanding officer to murder the Greek Cypriot. This is in clear breach of the Geneva Convention which provides for the humane treatment of prisoners of war.

“Nearly 35 years after Turkey’s brutal invasion of Cyprus in 1974, many UK Cypriots are still in the dark about the fate of their loved ones who went missing during the invasion, even though there is evidence that many of these people were captured alive by the Turkish army. For a well known figure such as Mr Olgac to make such a shocking confession – whether or not he later retracted it – is a slap in the face of Cypriots whose relatives remain unaccounted for”, said Mr Droussiotis.

Mr Droussiotis also called on Turkey to comply with its legal obligations and cooperate fully with all relevant authorities in order to shed light on the circumstances under which the missing persons disappeared or were killed during the invasion.

“Olgac’s confession underlines the tragic loss of so many lives and the urgent need for the relatives of the missing to determine the fate of their loved ones. The international community should put pressure on Turkey to cooperate fully in efforts to establish the truth in relation to the many unsolved cases of people who disappeared during the Turkish invasion of Cyprus.”

In May 2001, in the 4th inter-state application of the Republic of Cyprus against Turkey, the European Court of Human Rights found Turkey guilty of gross violations of the human rights of missing persons and their relatives and ruled that by failing to investigate the fate of some 1,500 people who went missing during the Turkish invasion, Ankara had violated their “right to life”. To this day, Turkey has refused to comply with the Court’s judgment.