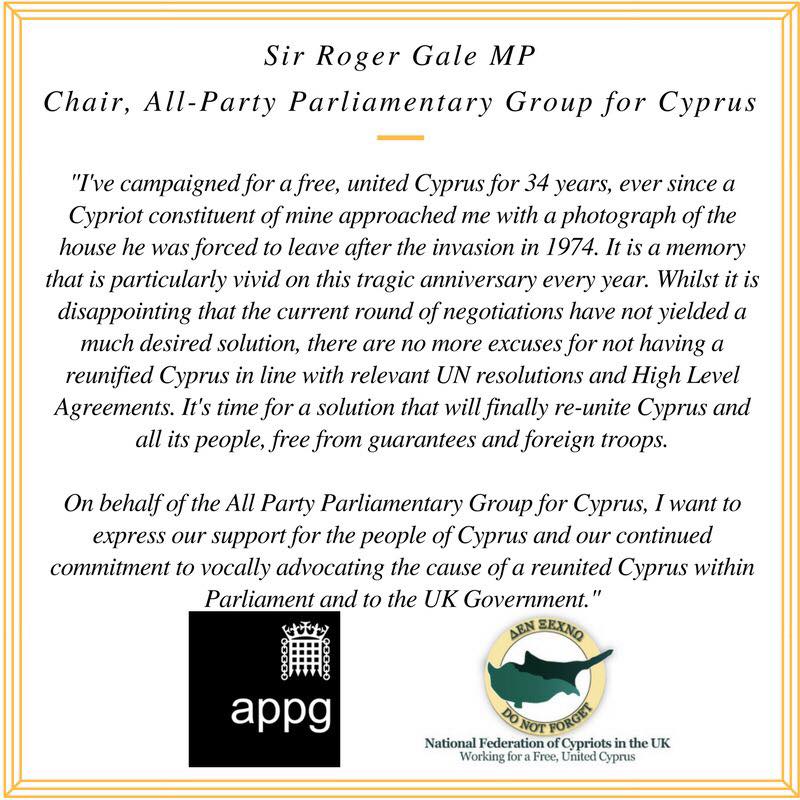 Important statement by Sir Roger Gale, Chair of the All-Party Parliamentary Group for Cyprus, on the tragic anniversary of Turkey’s invasion and occupation of Cyprus. The invasion began on 20 July 1974 and by the time it was over 37% of Cyprus and 57% of its coastline was under Turkish occupation. It’s time for a #FreeUnitedCyprus that is truly sovereign and independent, and ensures the prosperity of all Cypriots.