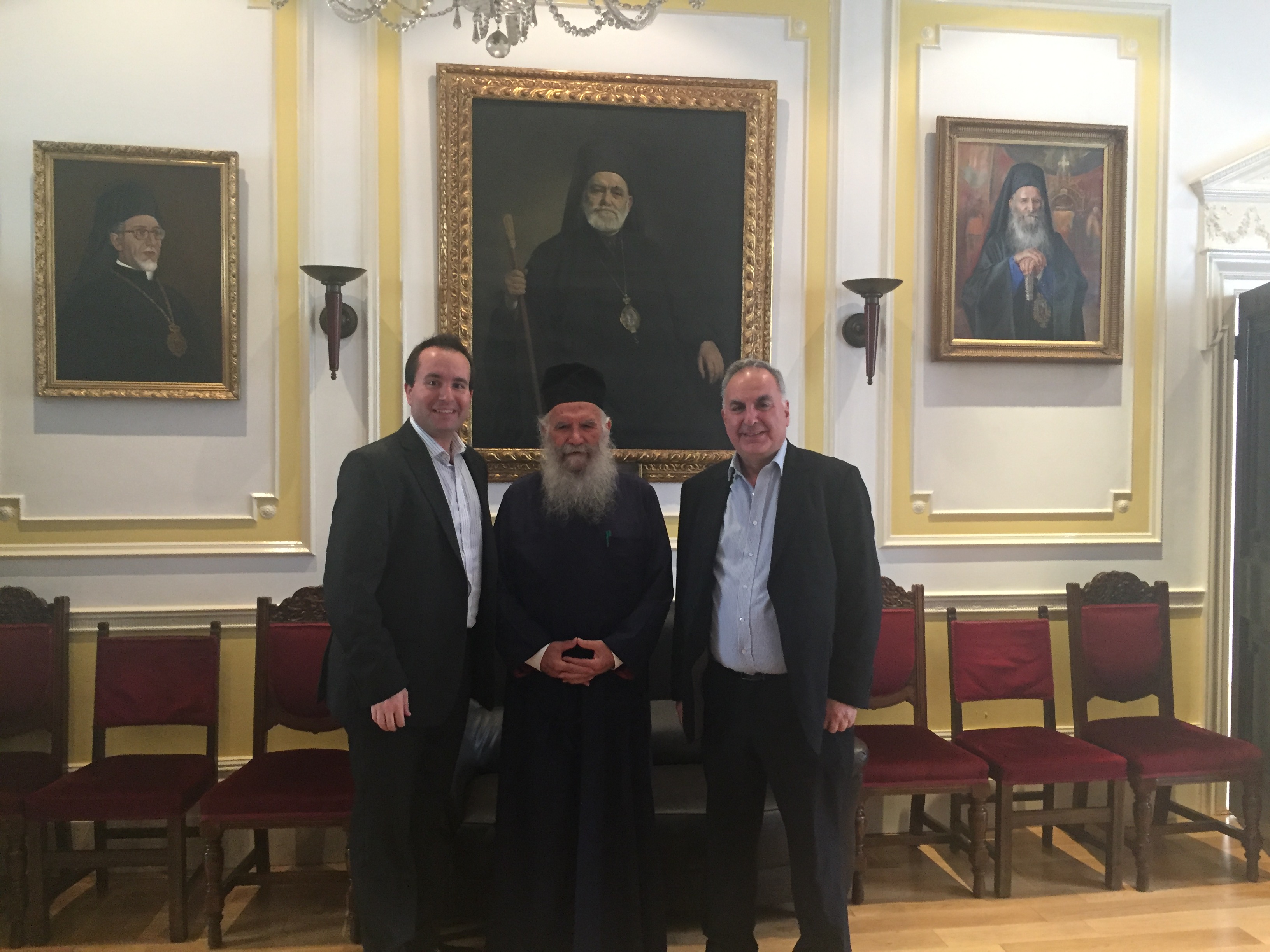 The meeting, which lasted more than an hour, was held in a very cordial atmosphere and enabled the President of the Federation to inform his Eminence about the latest developments on the Cyprus negotiations, the Federation’s work both in relation to Cyprus and, also, the UK Cypriot community.

After the meeting, Mr Karaolis said:

“I was delighted to meet his Eminence Archbishop Gregorios for whom I have the greatest respect. I had the opportunity to inform him about the Federation’s efforts to promote the cause of a free and reunited Cyprus in this country and also to exchange views on the development of the UK Cypriot community which the Federation represents. We agreed to develop our dialogue further and to have more frequent meetings which will also involve the Executive and the Secretariat of the Federation.”

Mr Karaolis accepted the Archbishop’s invitation to speak about the Federation’s work at a future gathering of the Church Committees and clergy of the Archdiocese of Thyateira and Great Britain.