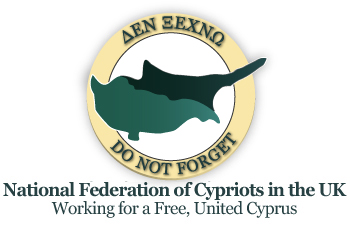 Following a letter from the National Federation of Cypriots to the Foreign Secretary, Boris Johnson, about the opening of Deryneia beach exclusively to Turkish nationals and Turkish Cypriots, the Foreign and Commonwealth Office (FCO) responded saying that they are investigating the issue. Federation President, Christos Karaolis, also raised the issue in a private meeting with the Head of the Cyprus Desk at the FCO. Deryneia beach has been under illegal Turkish occupation since 1974 and the United Nations has called for Famagusta, which includes Deryneia beach, to be returned.

The official response from the FCO said, “We are aware of the plans to open Deryneia beach in north Cyprus, and are looking into the matter. The present state of Varosha reflects the consequences of the continued division of Cyprus. We fully support all relevant Security Council resolutions, including Resolutions 550 and 789. We continue to raise this issue with the Turkish Cypriots and with the Turkish authorities.”