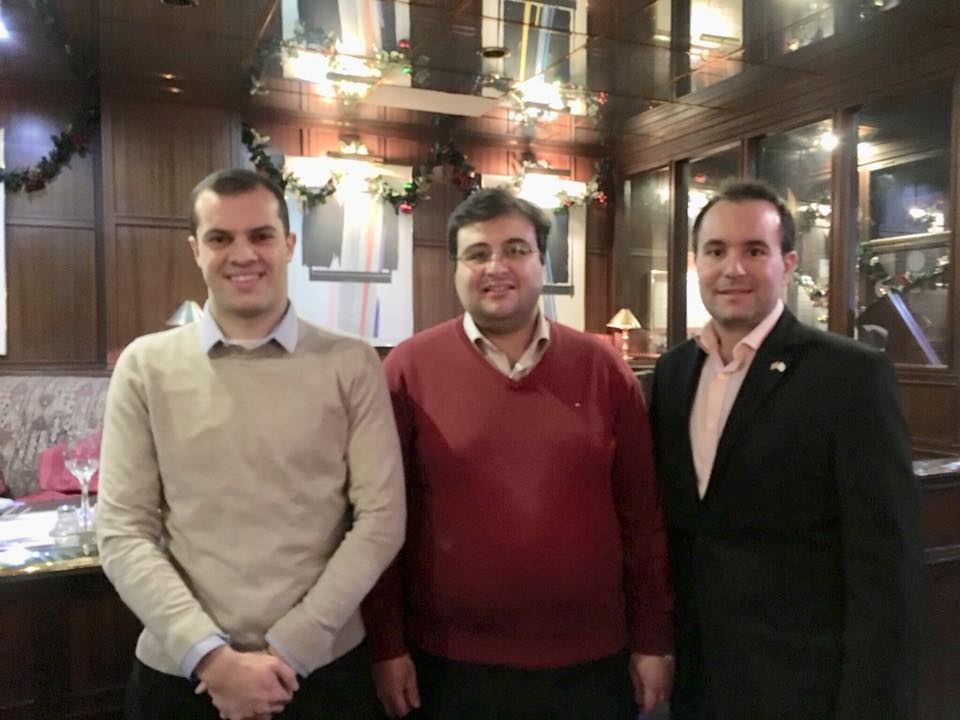 On Friday 12 December, Federation President Christos Karaolis met with the President of the Armenian National Committee, Vahan Krikorian. The meeting was also attended by youth representatives from NEPOMAK UK and the ANC, Christos Tuton and Raphael Gregorian respectively. During the meeting, they discussed potential areas for collaboration and joint campaigns, as well as the important issues that both communities face in the UK. A key concern for both communities is the deteriorating human rights situation in Turkey, particularly since the failed coup of July 2016. The Federation and ANC also celebrated the immense contribution of the Armenian community in all aspects of Cypriot life and culture.

Board of Deputies of British Jews

Christos Karaolis has also recently met with Gillian Merron, CEO of the Board of Deputies of British Jews. During their meeting they discussed deepening collaboration on cultural and community issues as well as the recent challenges facing the Jewish and Cypriot communities in the UK. Christos Karaolis said after the meeting that, “it’s always a pleasure catching up with Gillian and discussing ways to deepen the collaboration between the UK Cypriot community and the UK Jewish community.”

We Believe in Israel

Federation President Christos Karaolis, and Assistant Executive Officer, Christos Tuton, met the Director of We Believe in Israel, Luke Akehurst. During the meeting, they exchanged opinions on areas of common interest, the power of grassroots advocacy, the use of social media, and other techniques to build UK-wide capacity for the respective organisations.