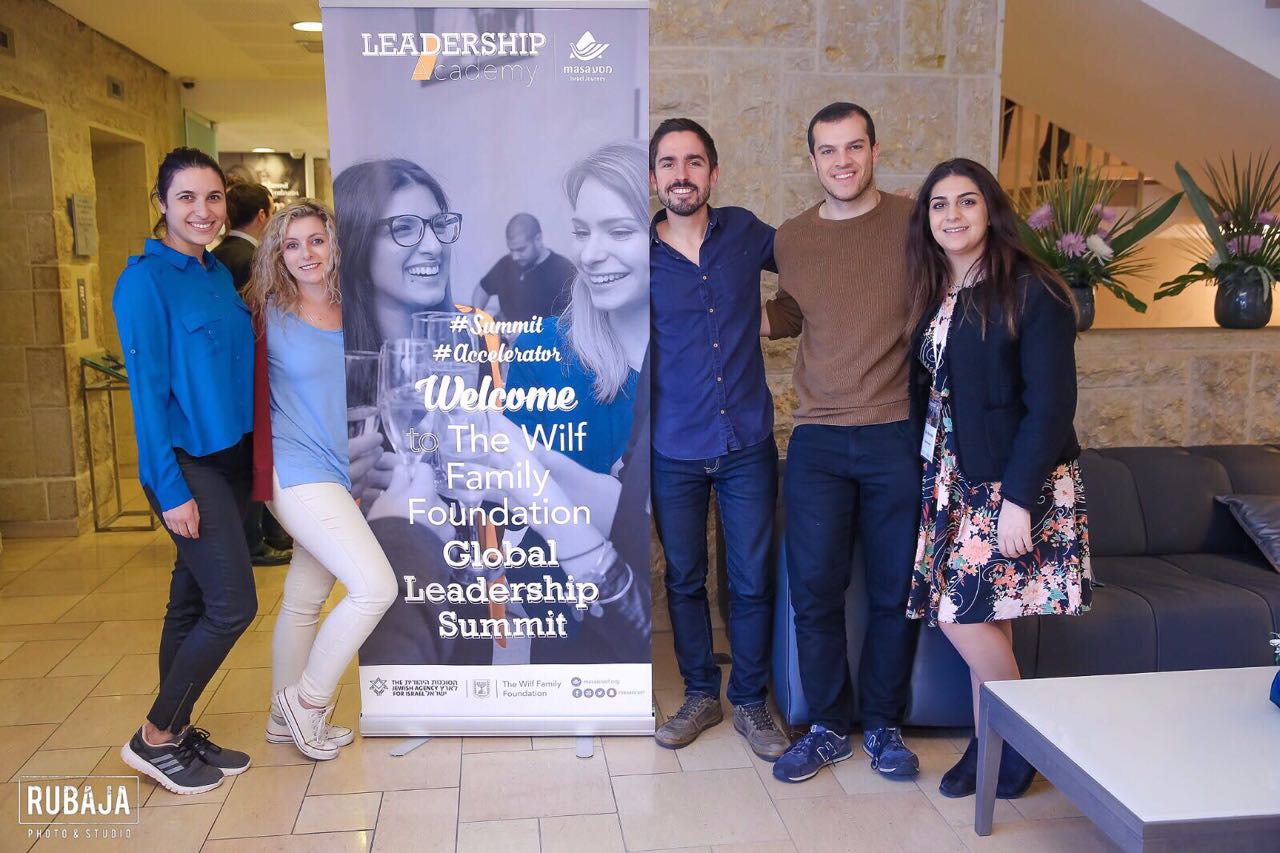 Four NEPOMAK (World Federation of Young Overseas Cypriots) delegates visited Israel last week following an invitation by The Jewish Agency for Israel and Masa, to participate in the Masa Global Leadership Summit. The aim of the visit was to learn more about the Jewish diaspora and its relationship with Israel, as well as participate in the Summit itself. The delegates were Christos Tuton (UK), Nicole Kitsopoulos (South Africa), Mary Savvides (UK), and Yanoulla Theodosiou (South Africa).

The visit comes as Cyprus, Greece and Israel build closer relations andexpand their cooperation on diaspora affairs. NEPOMAK is excited to be a part of this trilateral initiative and is already building closer relations with the youth of the Jewish and Greek diasporas. The trilateral relationship between the youth of the three diasporas was renewed in August 2017 with a meeting in Nicosia, Cyprus that took place thanks to support of the Presidential Commissioner for Overseas Cypriots, Photis Photiou, and his colleagues in Greece and Israel. A working group featuring representatives of the Cypriot, Greek and Jewish diasporas has since been established to look more closely into areas of cooperation and future initiatives.

The NEPOMAK delegates, who were the only non-Jewish delegates present, found their participation in the Masa Global Leadership Summit to be a fascinating insight into the functioning of the global Jewish community and it gave them the opportunity to form strong personal connections with members of the Jewish community. These connections can lead to valuable relationships between the Cypriot and Jewish communities in the future.

Masa is an umbrella organisation that leads a variety of programmes and trips to Israel for 18-30 year olds in the Jewish diaspora. Their programmes include internships, community service, volunteering opportunities, academic programmes, and cultural programmes. Masa was founded in 2004 by the Prime Minister’s Office of the Government of Israel. The organisation has a number of full-time employees who run Masa on a daily basis, and also has ambassadors in multiple countries around the world.

The Masa Global Leadership Summit is a five-day intensive trainingcourse in ‘leadership’ inspired by the John F. Kennedy School of Government at Harvard University. Its aim is to begin to equip participants with ideas and tools that they can use to lead change on diaspora issues, and more general local and global issues. During the Summit, participants looked closely at what the concept of ‘leadership’ means and learned innovative techniques that can be applied in everyday situations. There were specialist workshops and opportunities to hear a diverse range of views from important stakeholders on a variety of issues including the Israeli-Palestinian Conflict, Women in Leadership, and an innovative problem solving technique called Systematic Inventive Thinking (SIT). The participants also listened to speeches from the CEO of Masa, Liran Avisar Ben Horin; the Minister of National Infrastructure, Energy and Water Resources of Israel, Yuval Steinitz; the Deputy Speaker of the Israeli Parliament, Nachman Shai; and leadership professor and expert, Dr Sivanie Shiran.

Jewish communities from around the world participated in the Summit and countries as wide-ranging as the US, the UK, South Africa, Australia, Canada, Argentina, France and Russia were represented. There were also representatives from Hillel, the largest Jewish students’ organisation in the world. The NEPOMAK delegates met many people that they hope to work with in the future and ensure that the Cypriot and Jewish communities maintain their close relations in the years to come.

Whilst at the Summit, the NEPOMAK delegates had a meeting with the Summit Director and member of the trilateral working group, Ben Baginsky. During the meeting, they discussed several issues relevant to both the Cypriot and Jewish diaspora communities including advancing young people in the diaspora, the appeal of diaspora organisations, the diversity of views amongst members, and the quality of programmes/opportunities on offer to the diasporas.

NEPOMAK is run day-to-day by 150 volunteers. We run activities in over 40 cities globally, directly reaching 15,000 young Cypriots around the world. We are always looking for more enthusiastic, driven, young individuals to help develop our organisation. By getting involved, our members have the chance to learn new skills, challenge themselves and develop life-long friendships. Sign up as a member with your local organisation today or e-mail info@nepomak.org for more information.