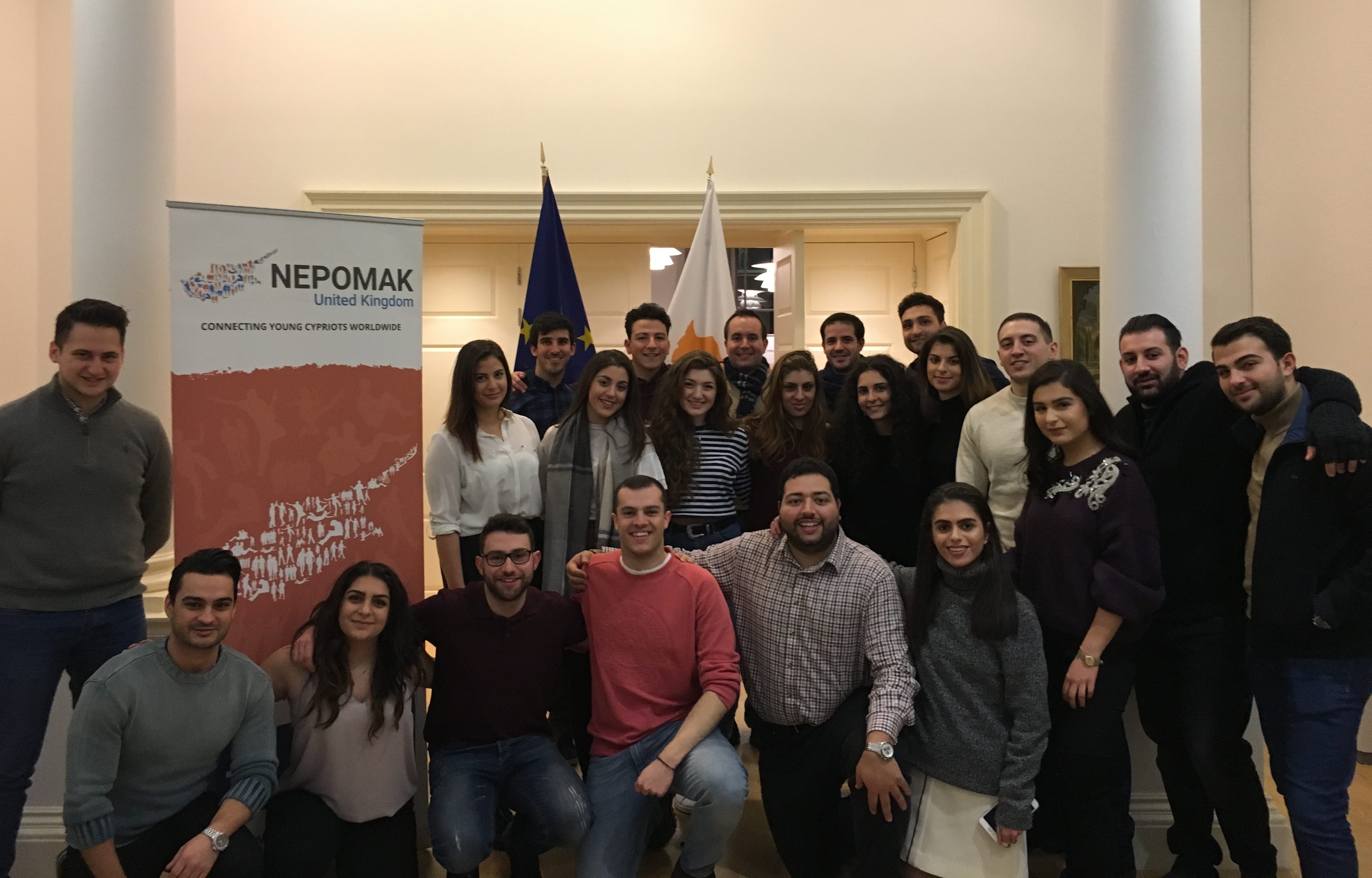 While reviewing the previous term, NEPOMAK UK President Harry Charalambous, said that 2016 and 2017 have been two very successful years for NEPOMAK UK and thanked the committee for all their hard work. Harry also thanked Raphael Gregorian, who was NEPOMAK UK President in 2016, for his leadership during his term.

Upon being re-elected as President, Harry expressed his excitement at the future of the organisation: “as a committee we eager to continue to grow and connect young Cypriots here in the UK. I am certain that we’ll build on the achievements of the last two years and drive the organisation forward. I am particularly proud that our organisation has a strong presence in cities around the UK and that is reflected in having multiple committee members in Birmingham, Manchester and Wales.”

The following coordinators were also elected for 2018 as follows:

With an average age of just 23, this is one of the youngest NEPOMAK UK committees ever elected and brings together young diaspora Cypriots from all areas, backgrounds and experiences.

Xenia Koumi, NEPOMAK UK President in 2015, has left the committee as she pursues other interests. NEPOMAK UK wants to thank Xenia for her outstanding contribution over several years and hopes that she will continue to attend our future events. Another notable departure from the committee is Georgios Michaelides, who has been heavily involved in NEPOMAK UK ever since he moved here from South Africa. We would like to thank Georgios for all he achieved in his time in NEPOMAK.

After the elections, Antonia Michaelides (NEPOMAK Global President) addressed the AGM and updated those present on the latest global NEPOMAK developments. Most notably, applications for NEPOMAK’s flagship summer programmes for those aged 18-30, NDCP and NCCT, will be opening imminently. More information about these opportunities can be found on www.nepomak.org

The President of the National Federation of Cypriots in the UK, Christos Karaolis, was also in attendance to support the Federation’s youth wing.

NEPOMAK is run day-to-day by 150 volunteers. We run activities in over 40 cities globally, directly reaching 15,000 young Cypriots around the world. We are always looking for more enthusiastic, driven, young individuals to help develop our organisation. By getting involved, our members have the chance to learn new skills, challenge themselves and develop life-long friendships. Sign up as a member with your local organisation today or email info@nepomak.org for more information.