Statement of solidarity with Sener Levent and Afrika newspaper 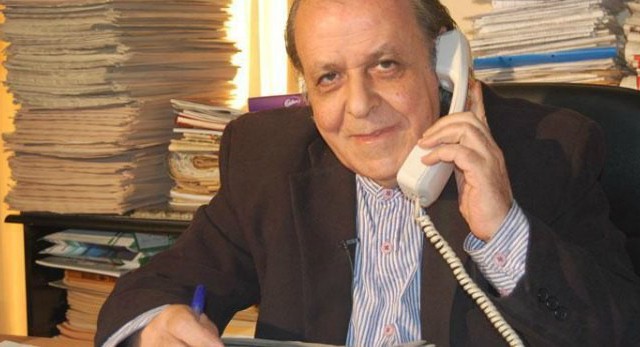 The Secretariat of the National Cyprus Federation of Cypriots in its last meeting discussed, amongst other things, the deeply concerning intervention of Turkish President Mr Erdogan to call on residents in the occupied areas of Cyprus to attack the Turkish Cypriot newspaper Afrika and its editor, Mr Sener Levent. The call to attack the newspaper came after Mr Levent and his newspaper simply called Turkey’s invasion of Afrin, north Syria a “second invasion by Turkey” – the first being its invasion of Cyprus in 1974.

Mr Erdogan’s incitement of violence is a strong indication of his fascist policies to restrict freedom of speech, human rights and actively prevent peace. His call for the attack encouraged the Grey Wolves, settlers and other nationalistic thugs in the occupied areas to demonstrate and cause huge damages to the building and property of Afrika. These attacks have also endangered the lives of the newspaper’s journalists and editor.

During the last meeting, the Secretariat voted to publicly express its strong condemnation of the actions of the Turkish President, Mr Erdogan, and his supporters. The Secretariat also expresses its full support to the editor of the newspaper Afrika, Sener Levent, his colleagues, and to all democratic Turkish Cypriots. Furthermore, the Secretariat calls upon the newspaper to continue its work and journalism that contributes towards the campaign for the reunification of Cyprus and all its people.

It also calls on the United Nations and the European Union to intervene and protect the freedom of the press and democracy in the occupied areas. The Secretariat urges all Cypriots (Greek, Turkish, Maronite, Armenian, Latin) to continue to fight for a reunified Cyprus, with no armies, settlers or guarantors, a common homeland for the benefit of all its legitimate inhabitants.

On behalf of the National Cyprus Federation of the United Kingdom,