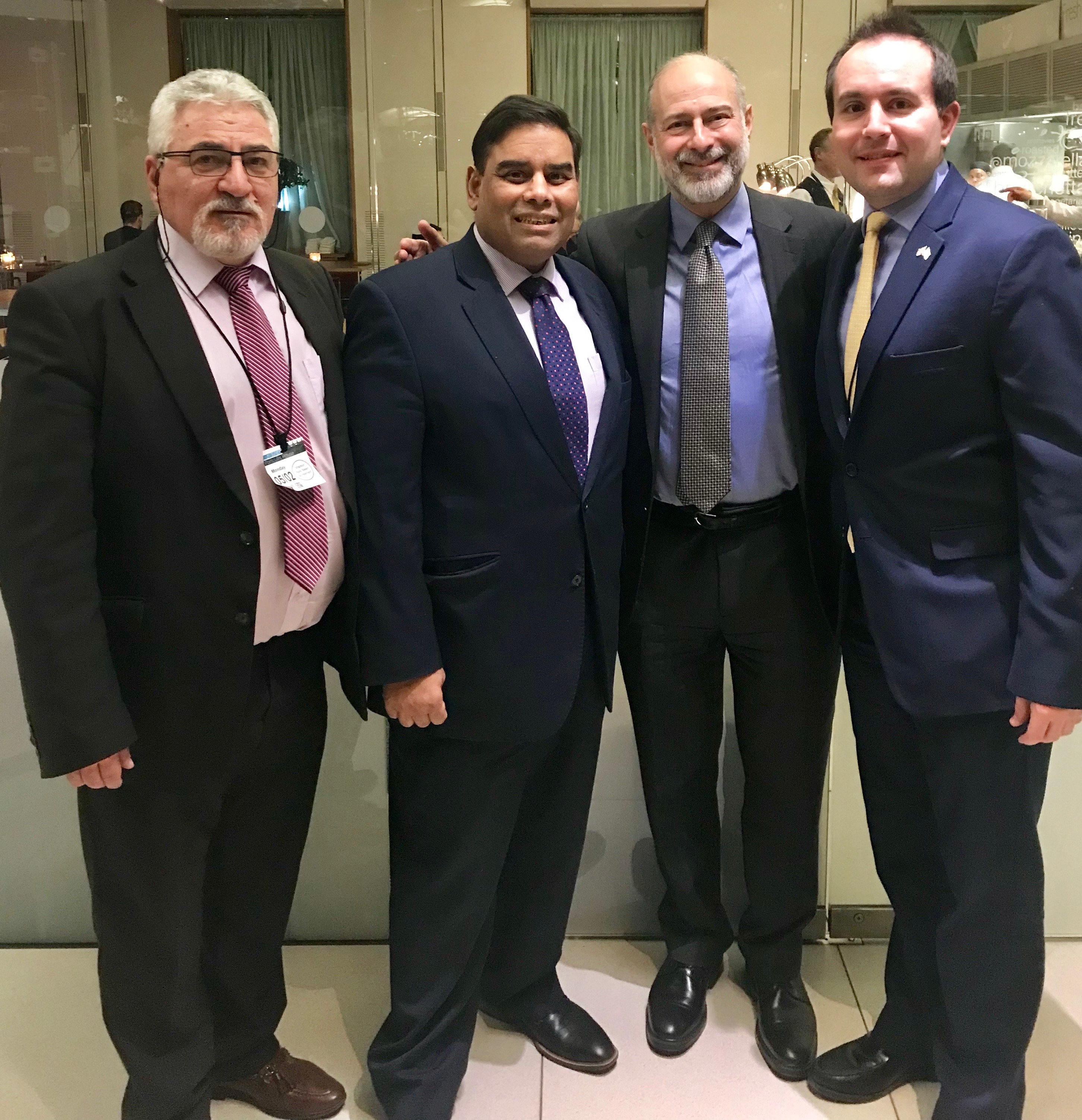 The Federation’s Officers discussed the re-election of President Anastasiades as well as prospects for re-commencing negotiations. They also discussed the key elements that any deal will need to address including Security, Guarantees, the return of refugees and property.

Speaking after the meeting Federation President, Christos Karaolis, said “The Federation is committed to ensuring that the Cyprus issue remains on the political agenda here in the UK. We were reassured by the continued commitment of the Shadow Ministers to actively support a just and viable solution, including the abolition of the current system of guarantees.”

Shadow Peace Minister Fabian Hamilton MP said after the meeting that, “we discussed the chances for a final peace settlement of the 44-year old division between Greek and Turkish Cypriots after the 1974 invasion of the island by Turkish troops. There is now a two year window of opportunity to reunite the island for the benefit of all Cypriots. What a great achievement that would be, not least for the two leaders of goodwill like Nicos Anastasiades and Mustafa Akinci. We will do all we can to support them.”