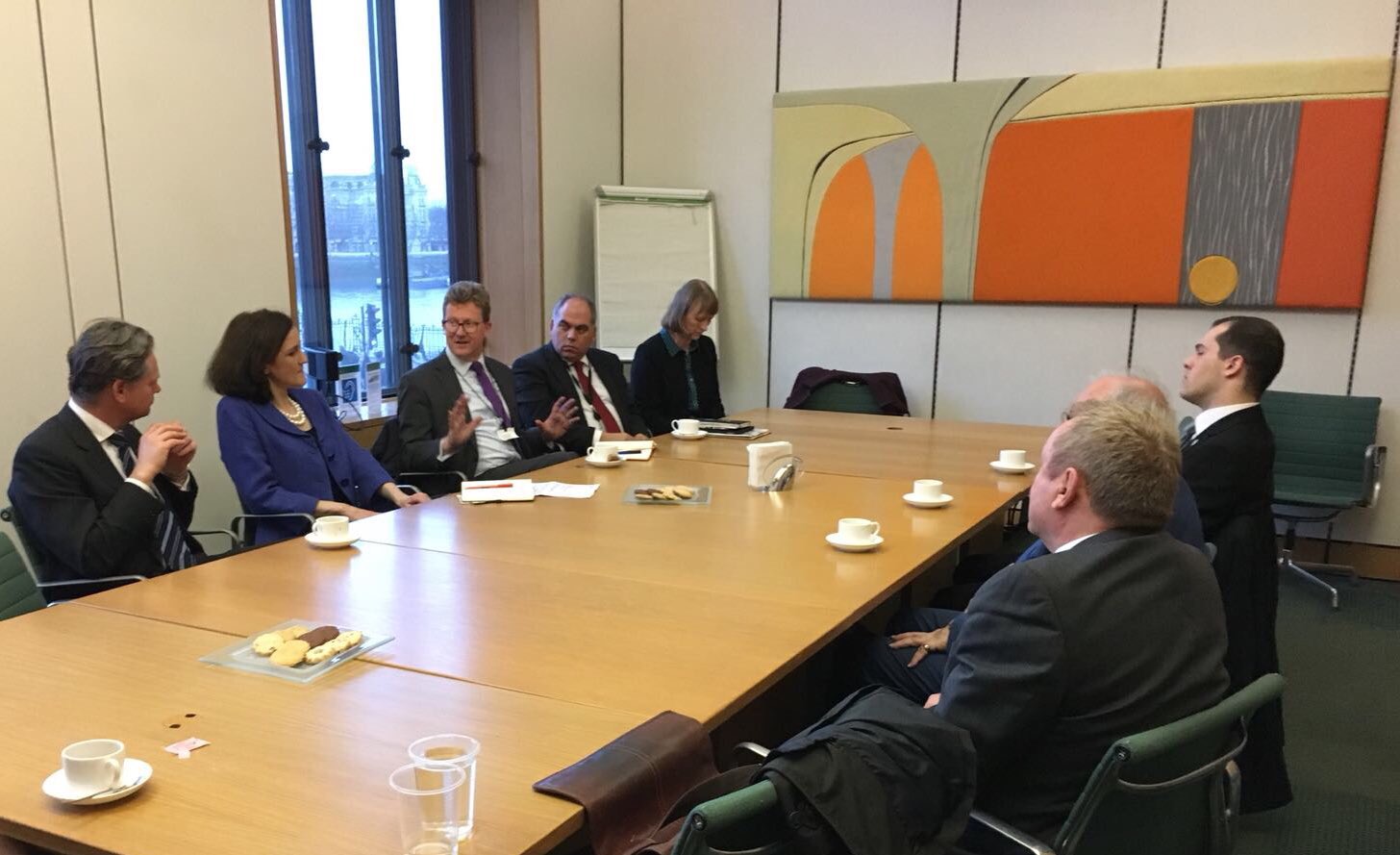 On Wednesday 14 March, the All-Party Parliamentary Group (APPG) for Cyprus met with the High Commissioner Designate for the UK to the Republic of Cyprus, Mr Stephen Lillie.  Mr Lillie will replace Mr Matthew Kidd as High Commissioner in Nicosia in late-April. He met with the APPG for Cyprus as part of the preparation for his new role, to understand the perspectives of British Parliamentarians about the key issues concerning Cyprus.

The meeting was a fruitful, constructive and open exchange of views. Parliamentarians shared their perspectives on major issues including the talks to reunify Cyprus; security and guarantees; Turkey’s increasingly aggressive rhetoric and actions, especially in Cyprus’ EEZ; and other aspects regarding the solution of the Cyprus issue. They also discussed the humanitarian issues of the enclaved and the missing persons, including some practical steps that could be taken by the High Commissioner when he takes office to help determine the fate of those still missing.