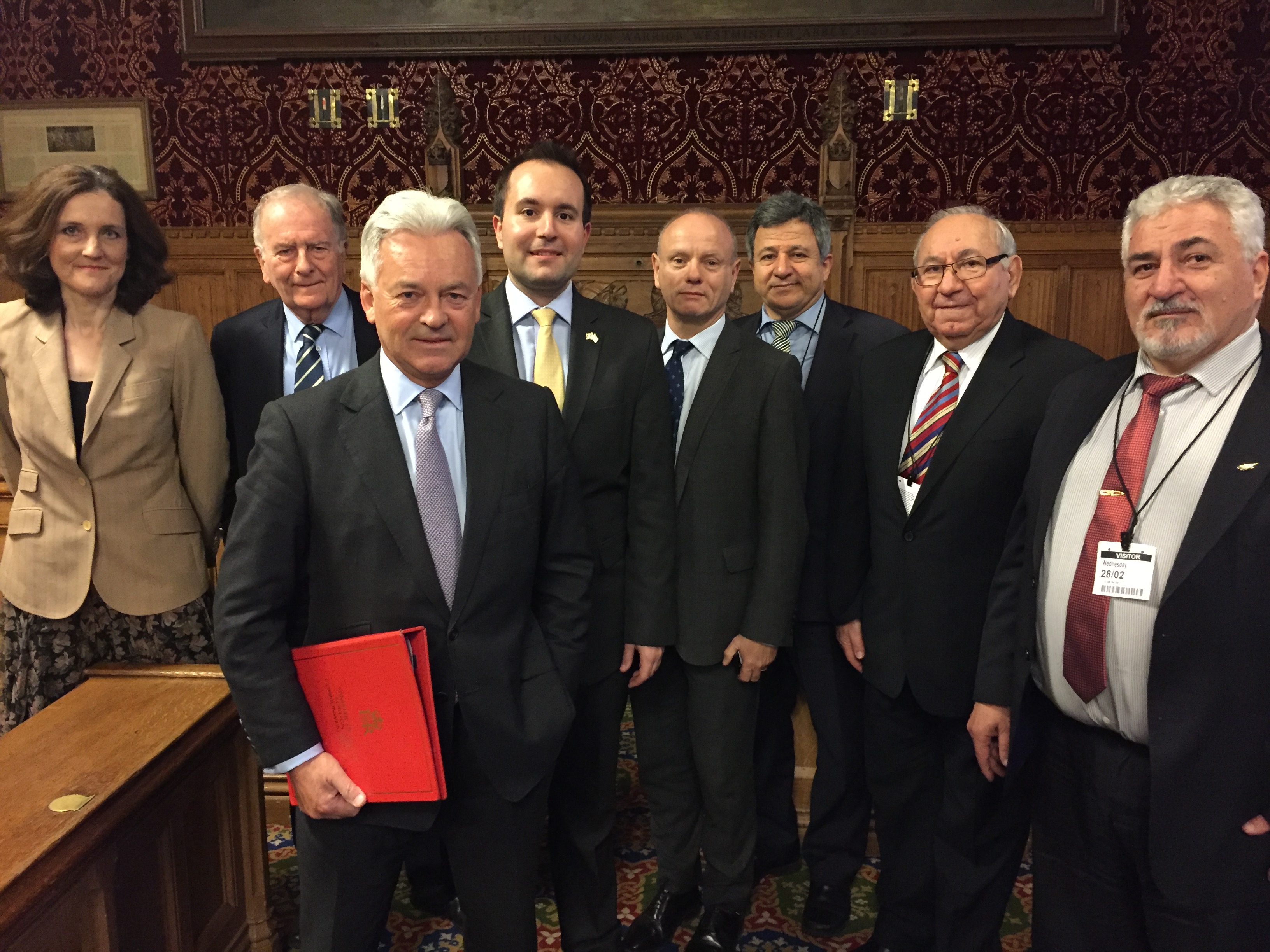 A delegation of Officers from the National Federation of Cypriots in the UK held a meeting on Wednesday 28 February with the Minister for Europe, Sir Alan Duncan MP. Also present was the Deputy Head of the Eastern Mediterranean Department of the Foreign and Commonwealth Office, Richard Lee-Smith.

The Federation delegation and Parliamentarians exchanged views with the Minister on a variety of topics and urged the UK Government to condemn Turkey’s illegal intrusions in Cyprus’ EEZ. The delegation invited the Minister to request that Turkey provide access to its military camps as part of the effort to resolve the humanitarian issue of the Missing Persons. They also discussed prospects to restart negotiations to reunify the island and the work of the UK Cypriot diaspora. The Federation delegation stressed to the Minister the necessity to abolish third country guarantees and withdraw foreign troops, as part of a just and viable solution.