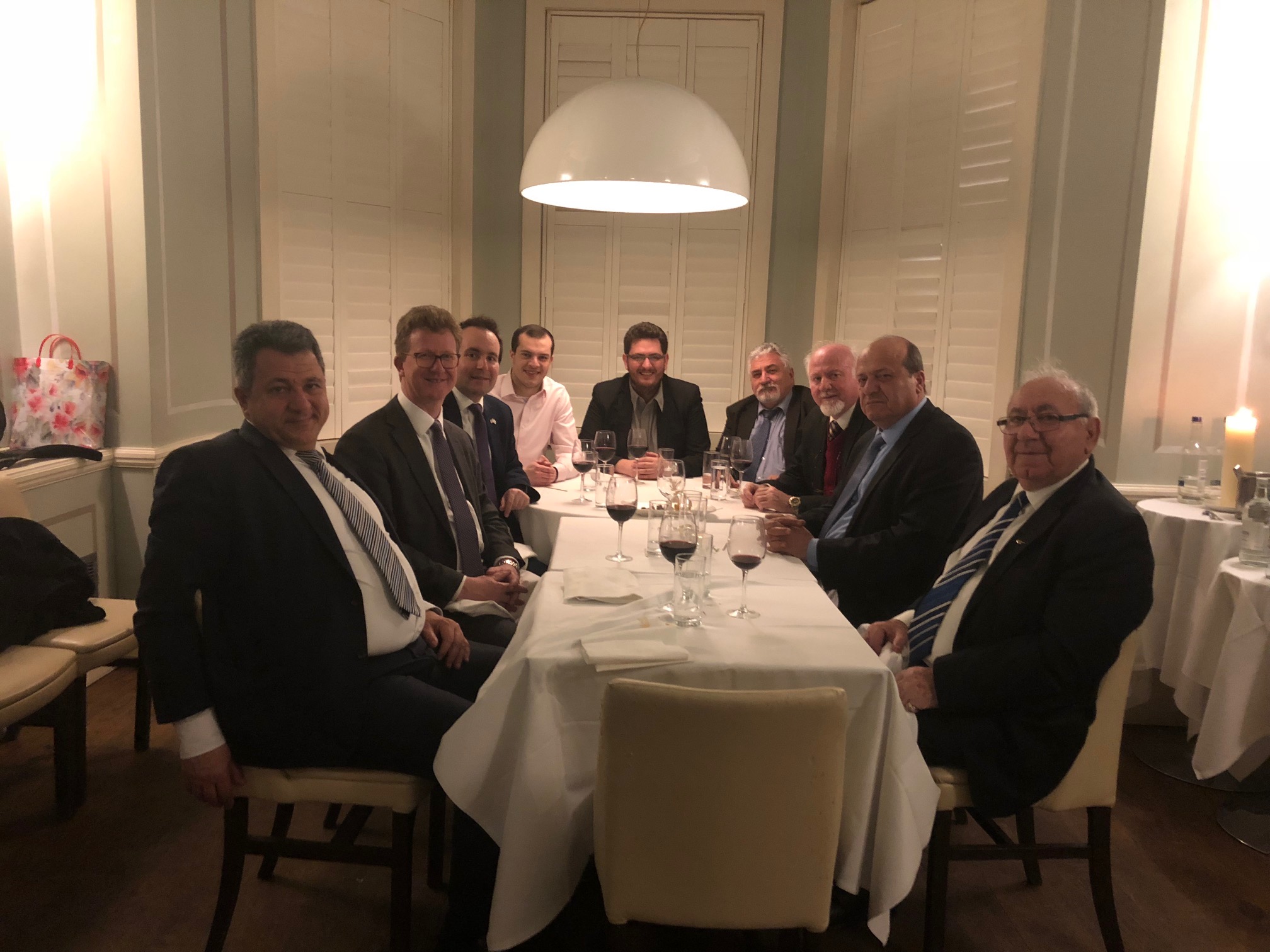 On the Cyprus issue, the Federation’s Officers stressed to the UK High Commissioner Designate, the necessity of ending the system of third country guarantees and the withdrawal of foreign troops as part of a just and viable solution. They also covered issues surrounding governance and the right of return of refugees. The Federation’s Officers emphasised that the Greek Cypriot side are working for the reunification of Cyprus but Turkey and Mr Mustafa Akinci are placing unreasonable and unacceptable demands on a solution to the Cyprus issue. They also suggested that Britain’s policy of ‘equal distance’ between the two sides does not help a solution but encourages Turkey’s intransigence.

The Federation’s Officers also highlighted the tragic humanitarian issue of the enclaved and missing persons and suggested some practical steps that could be taken by the UK High Commissioner, when he takes office, to help determine the fate of those still missing. Turkey’s increasingly concerning hostile rhetoric and aggressive actions towards the Republic of Cyprus were also raised by the Federation’s Officers, as well as Turkey’s expanding negative influence in the occupied area of Cyprus. With regards to Turkey’s actions in Cyprus’ Exclusive Economic Zone, they emphasised that Turkey disregards international law, and United Nations Security Council and European Union resolutions.

The meeting was also an opportunity to discuss Cyprus and the UK’s deep and historic relationship as members of the Commonwealth and the close ties between the two countries as the vast majority of UK Cypriots are British citizens. Mr Lillie was interested in the close connection that British-born Cypriots feel towards both Britain and Cyprus and said that he was excited at the prospect of working with young UK Cypriots.

Mr Lillie shared his views and said that he looked forward to future close cooperation on the issues discussed and promised that he will work hard for a solution to the Cyprus issue. The Federation’s Officers conveyed their best wishes to Mr Lillie ahead of his move to Cyprus and gave him two books, ’50 Years of Photography’ by George Lanitis and ‘Footprints in Cyprus’ edited by Sir David Hunt.