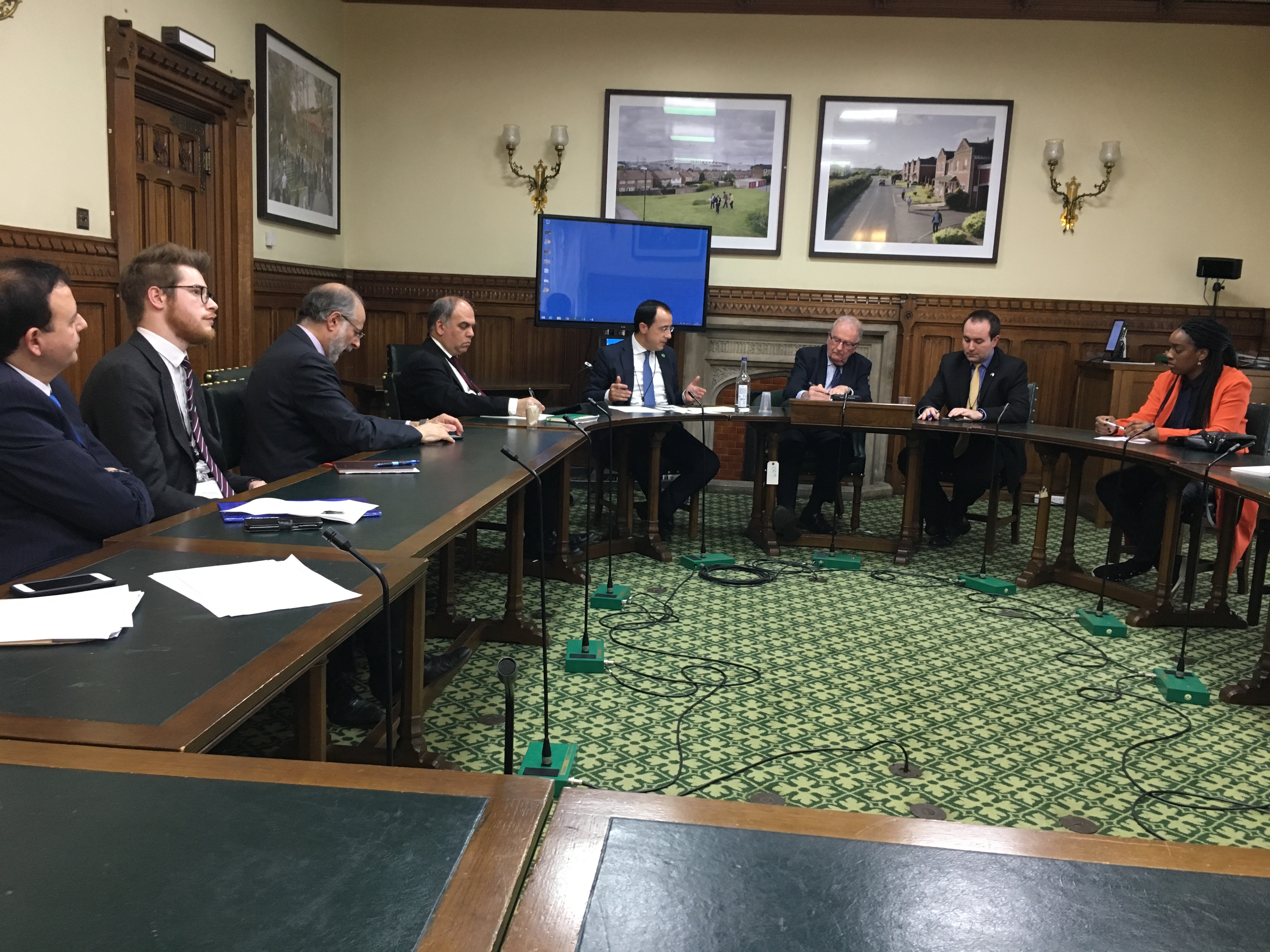 On Tuesday 17 April, the All-Party Parliamentary Group (APPG) for Cyprus held a private briefing with the new Minister of Foreign Affairs of the Republic of Cyprus, Nikos Christodoulides. The meeting was held in the Houses of Parliament and was the first chance for Mr Christodoulides to meet the APPG for Cyprus in his new role of Foreign Minister since taking office on 1 March 2018.

During the meeting, the Foreign Minister of Cyprus briefed the APPG for Cyprus on the latest developments in the talks to reunify Cyprus. It was also an opportunity to share views on Brexit, the Commonwealth Heads of Government Meeting 2018, relations between the Republic of Cyprus and the United Kingdom, and the situation in Syria.

L-R: Foreign Minister of Cyprus, Nikos Christodoulides; Chair of the APPG for Cyprus, Sir Roger Gale MP; President of the National Federation of Cypriots in the UK, Christos Karaolis.