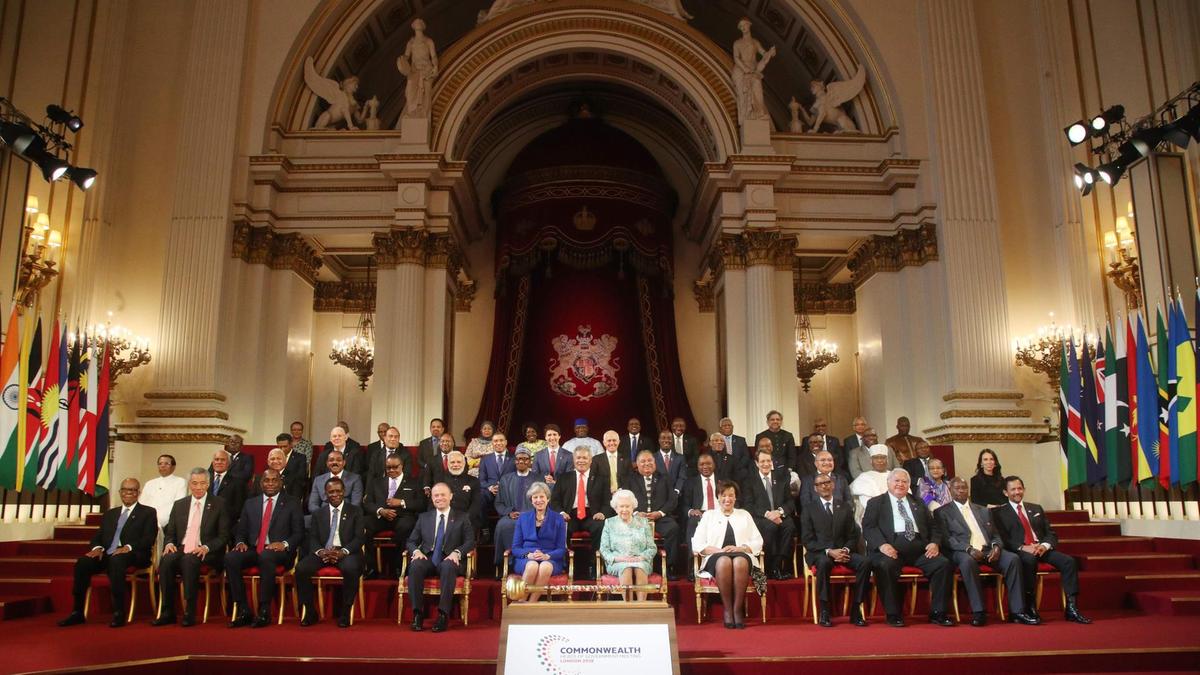 The leaders of the Commonwealth member countries that participated in this week’s Commonwealth Heads of Government Meeting (CHOGM) in London and at Windsor Castle have expressed their support for Cyprus’ sovereignty and for the resumption of the Cyprus issue settlement talks.

They have also stated their solidarity towards Cyprus in the exercise of its sovereign rights in its Exclusive Economic Zone.

Paragraph 48 of the final Commonwealth Heads of Government Meeting Communiqué titled “Towards a Common Future” stated:

Heads expressed their full and enduring support for the sovereignty, independence, territorial integrity and unity of the Republic of Cyprus. They reiterated their support for the resumption of negotiations, under the auspices of the United Nations Secretary General’s Good Offices Mission, for a comprehensive settlement of the Cyprus problem based on the United Nations Charter and United Nations Security Council Resolutions on Cyprus. Heads called for the implementation of relevant United Nations Security Council resolutions (UNSCRs), especially UNSCRs 365(1974), 541(1983), 550(1984), and 1251(1999). Heads reiterated their support for full respect of the human rights of all Cypriots including their right to property, and for the accounting for all missing persons. Heads extended their solidarity in the exercise of the sovereign rights of the Republic of Cyprus in its Exclusive Economic Zone under international law, including the United Nations Convention on the Law of the Sea, and called for the avoidance of actions and statements that threaten stability in the Eastern Mediterranean.

Speaking at the Commonwealth Heads of Government Meeting (CHOGM) retreat at Windsor Castle on the last day of the summit, President Anastasiades expressed his gratitude for the member countries’ long-standing support for Cyprus’s efforts for a just and viable settlement of the Cyprus problem, and for the inclusion of a paragraph on this issue in the CHOGM Final Communiqué.  He said “It is extremely important for us that the Commonwealth remains seized on this matter and continues to publicly express its solidarity to the Republic of Cyprus in its quest for reunification and lasting peace,” said the President of the Republic.

“Of particular importance these days is the expression of solidarity in the exercise of the sovereign rights of the Republic of Cyprus in its Exclusive Economic Zone under international law, including the United Nations Convention on the Law of the Sea. And this is because very recently the Republic of Cyprus faced escalated aggressive, illegal behaviour by Turkey in our Exclusive Economic Zone. Turkey’s behaviour not only violates the Republic of Cyprus’s sovereign rights and is contrary to international law, including the UN Convention on the Law of the Sea, but also poses a broader security threat in the fragile area of the Eastern Mediterranean; it needs to be addressed as a severe infringement of the sovereign rights of a member state of the Commonwealth,” he added.

President Anastasiades concluded: “I therefore thank you for including this issue in the Final Communique and for expressing your support and solidarity to the Republic of Cyprus in the exercise of the sovereign rights in its Exclusive Economic Zone. Turkey must immediately cease its threats and illegal actions in the Eastern Mediterranean, refrain from such threats and actions in the future and respect Cyprus’ sovereign rights to explore and exploit its natural resource in its Exclusive Economic Zone.”