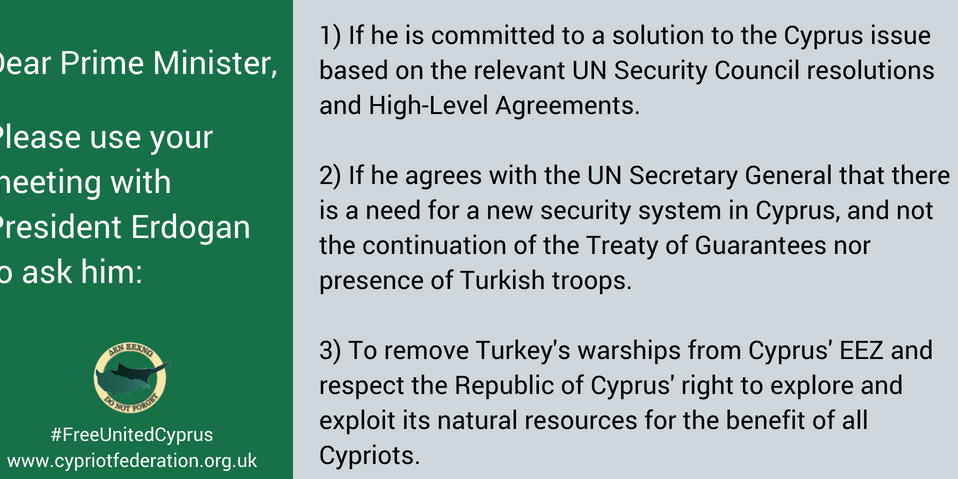 The National Federation of Cypriots in the UK has called on the Prime Minister, Mrs Theresa May, to raise three crucial concerns with President Erdogan of Turkey on behalf of UK Cypriots.

Please use your meeting with President Erdogan of Turkey to make a lasting difference and positive contribution towards a free, united Cyprus. Please ask him:

1) If he is committed to a solution to the Cyprus issue based on the relevant UN Security Council resolutions and High-Level Agreements.

2) If he agrees with the UN Secretary General that there is a need for a new security system in Cyprus, and not the continuation of the Treaty of Guarantees nor presence of Turkish troops.

3) To remove Turkey’s warships from Cyprus’ EEZ and respect the Republic of Cyprus’ right to explore and exploit its natural resources for the benefit of all Cypriots.

The Federation President, Christos Karaolis, also wrote a letter to Mrs May ahead of her meeting with the President of Turkey in London on Tuesday 15 May.