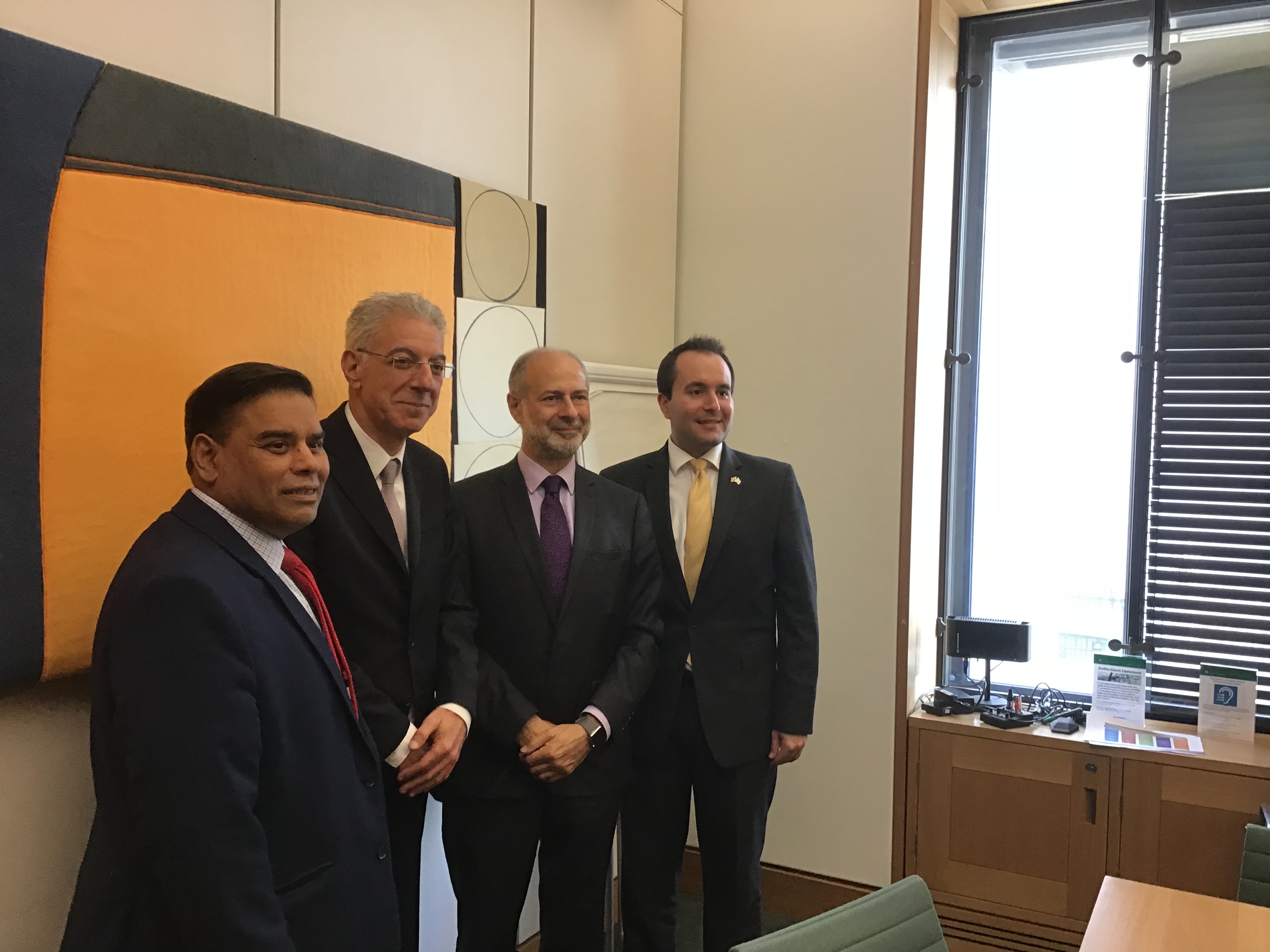 During Mr Prodromou’s visit, he met Khalid Mahmood MP (Shadow Minister for Europe) and Fabian Hamilton MP (Shadow Minister for Peace and Disarmament). They discussed the Cyprus issue and Brexit. Discussing the Labour Party’s policy on Cyprus, the Shadow Ministers said that a mechanism would have to be found that addresses the security concerns of all Cypriots, however this could not be through the outdated current system of guarantees or the presence of foreign troops which they said was “not fit for purpose in the 21st Century.”

The Cypriot Government Spokesperson also had a meeting with the Chair and one of the Vice-Chairs of the APPG for Cyprus, Sir Roger Gale (Chair) and Theresa Villiers (Vice-Chair). During the meeting they discussed key aspects of the Cyprus issue including the need for a new security system for Cyprus, the importance of the withdrawal of foreign troops, the return of refugees to places such as Morphou, and the return of Famagusta.

Mr Prodromou also met with the Liberal Democrat Spokesperson on Brexit, Tom Brake MP. The meeting focussed on the issues surrounding Britain leaving the EU such as securing citizens’ rights and continued close relations between the two countries that predates both countries’ membership of the EU. They also discussed the latest developments in the Cyprus issue and the Liberal Democrats’ support for the Republic of Cyprus’ sovereign rights in its EEZ (as was demonstrated earlier this year).