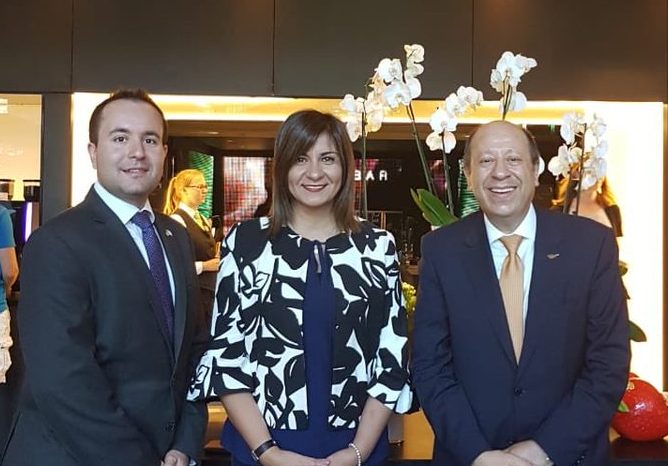 On Tuesday 17 July, the High Commissioner for the Republic of Cyprus to the UK, Evripides Evriviades, and Federation President, Christos Karaolis, met with the Egyptian Minister for Immigration and Expatriate Affairs, H.E. Nabila Makram. The discussion focused on the UK Cypriot diaspora, the work of the National Federation of Cypriots in UK, as well as plans for the Nostos programme to be hosted by Cyprus, Greece and Egypt in October. Any Cypriots of Egyptian origin, should get in touch with the Federation (via enquiries@cypriotfederation.org.uk) if they’d like to participate in the programme.