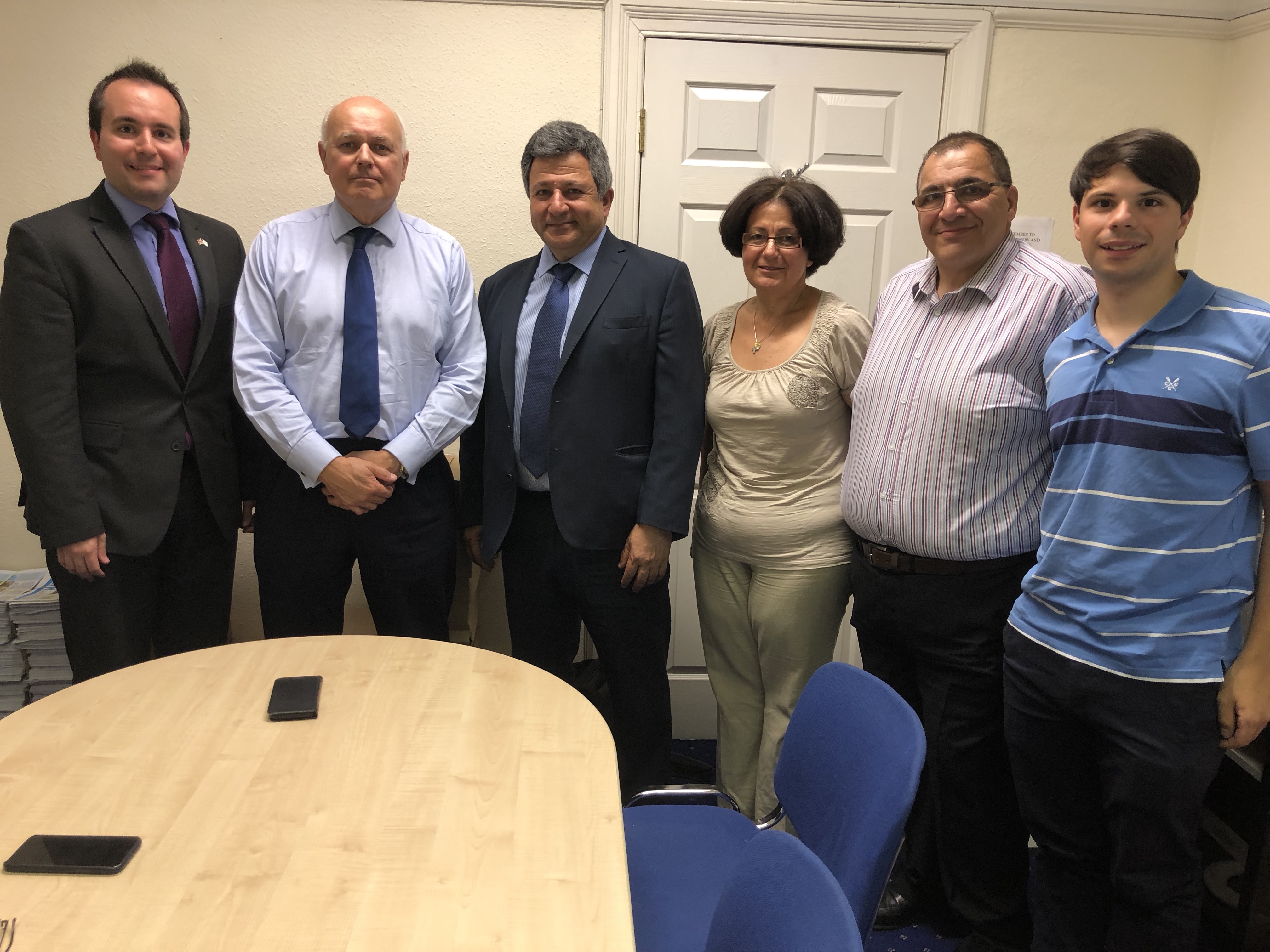 The President (Christos Karaolis) and Vice-President (Andreas Papaevripides) of the National Federation of Cypriots in the UK, along with UK Cypriot Redbridge Councillor, Stephen Adams and constituents met with Iain Duncan Smith on Friday 13 July to discuss his recent statements on direct flights to the occupied part of Cyprus, as well as the ongoing occupation in Cyprus and the role that the UK Government can play to support negotiations.
The Federation delegation reminder Iain Duncan Smith that direct flights to the occupied part of the island are illegal under the Chicago Convention, as was re-affirmed by Lord Justice Richards in the Court of Appeal in 2010. The meeting followed a letter from the Federation President, Christos Karaolis, that was signed by 17 of Iain Duncan Smith’s constituents describing his statements on direct flights as “unacceptable”.
Recent Posts
Upcoming Events