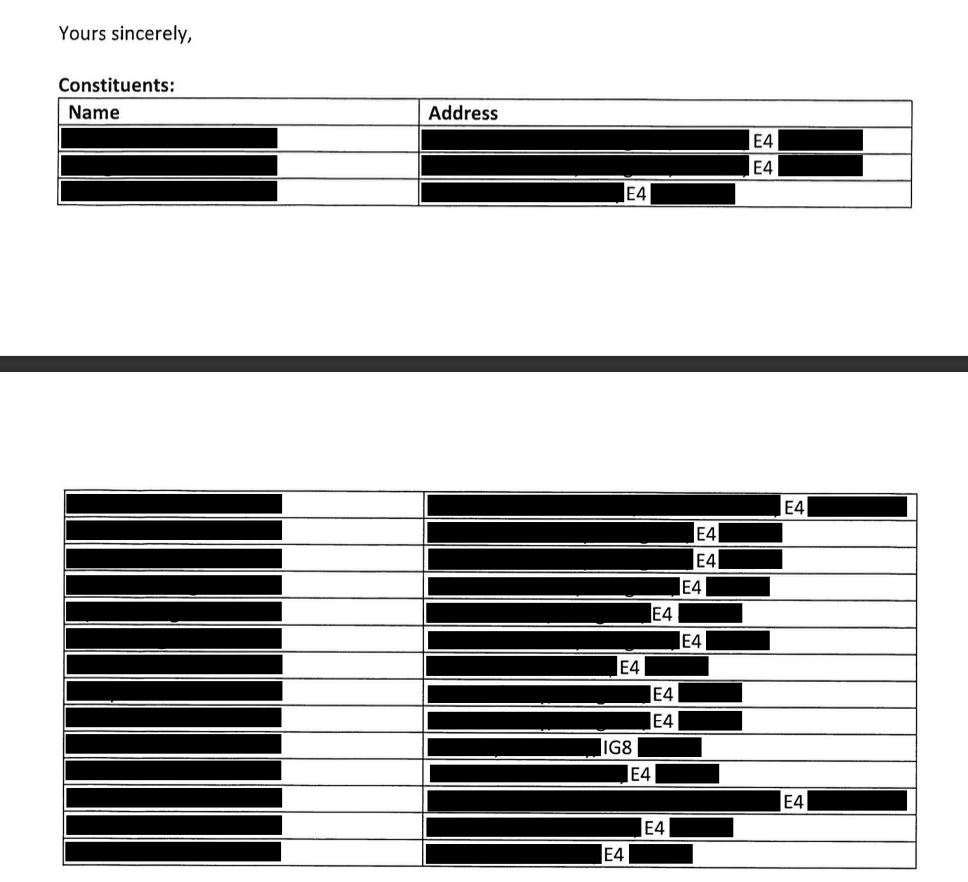 The National Federation of Cypriots in the UK along with 17 constituents, sent the following letter to Iain Duncan Smith MP about his support for direct flights to the occupied part of Cyprus. Mr Duncan Smith announced his support for a petition calling for direct flights from the UK to the occupied part of Cyprus at a Turkish Cypriot cultural festival in Enfield, London on Sunday 17 June where the petition was launched.

As your constituents, we are writing to you regarding the unacceptable announcement you made at a Turkish Cypriot cultural festival in Enfield, London on Sunday 17 June, expressing your support for a petition calling for direct flights from the UK to the occupied part of Cyprus.

Direct flights to the occupied part of Cyprus are illegal under international law. According to Article 1 of the Chicago Convention on International Civil Aviation (1947), a sovereign state has “complete and exclusive sovereignty over the airspace above its territory”. The Chicago Convention also gives each state the right to designate the legitimate points of entry into its territory. Additionally, this was affirmed by Lord Justice Richards in the court case ‘Yollari & Anor, R (on the application of) v Secretary of State for Transport & Anor [2010] EWCA Civ 1093’ where he agreed that:

“the grant of the permits sought by the appellants [Kibris Türk Hava Yollari and CTA Holidays Limited] would constitute a breach of the United Kingdom’s obligation to respect the rights of the RoC under the Chicago Convention [1944] and would in consequence be unlawful as a matter of domestic law. The judge was right to uphold the Secretary of State’s decision and to dismiss the claim for judicial review on this basis.”

Therefore, as the only sovereign state on the island of Cyprus, the Republic of Cyprus has complete and exclusive control over its airspace and the ability to decide what the legitimate points of entry into its territory are – Ercan/Tymbou airport is not designated as one. Ercan/Tymbou airport operates from Republic of Cyprus land that has been under illegal Turkish military occupation since 1974 and its suggested use for direct flights to Cyprus amounts to illegal entry into the Republic of Cyprus. Individuals wishing to fly directly to Cyprus can do so via the legal ports of entry in Larnaca and Paphos.

The Republic of Cyprus is the only legitimate and internationally recognised state on the island of Cyprus. United Nations Security Council resolution 541 declared a breakaway state of ‘Northern Cyprus’ to be “legally invalid” and resolution 550 strongly condemned secessionist activities in the occupied area of Cyprus. This is also the policy of the UK Government, which only recognises the Republic of Cyprus. The UK Government made its position very clear on the illegal Unilateral Declaration of Independence in 1983 and at the time, the then Prime Minster, Mrs Thatcher, said the following to the President of Turkey:

“As a guarantor power under the treaty of guarantee the British government deplor [sic] this action on the part of the Turkish Cypriot authorities. It is clearly incompatible with the 1960 treaty of guarantee. It can only complicate the already difficult task of reaching a settlement in Cyprus acceptable to the people of both communities and the activities of the United Nations Secretary General to achieve such a result.

“I should like to urge you, as President of one of the signatory states of the Treaty of Guarantee to do your utmost to secure the reversal of this action by the Turkish Cypriots and, meanwhile, not support the declaration which they have already made.”

Therefore, your support for direct flights to the occupied territory of Cyprus is not only hurtful to your Cypriot constituents, some of whom are refugees from Turkey’s invasion, but also breaches the UK’s treaty obligations to the Republic of Cyprus. The status quo in Cyprus is unacceptable and only a reunified and truly independent Cyprus will deliver freedom, peace and security to all the island’s people and ensure that Cyprus – a member of the Commonwealth, UN and EU – will remain a reliable and stable partner for the UK in the future.

Aside from the illegality of the Ercan/Tymbou airport, it is also worth noting that one of the main reasons why passengers are required to disembark the aircraft in Turkey is to ensure that adequate security checks have taken place. Taking in to consideration the increase in terrorist attacks and the numerous attacks that took part at Turkish airports in recent years, fewer security checks would only compromise the security of those on board, which could very well include British Citizens.

As our MP, we invite you to show your support for Cyprus by attending the annual APPG for Cyprus & National Federation of Cypriots in the UK Parliamentary reception on Tuesday 10 July. The event will be held in the Grand Committee Room at 19:15 and will be attended by Parliamentarians as well as UK Cypriots. We hope that you can attend so we can discuss these issues in person.

Furthermore, as your constituents we would appreciate a private meeting with you and representatives from the National Federation of Cypriots in the UK to discuss these matters further.

We look forward to hearing from you on these issues.

The letter was signed by 17 constituents of Chingford and Woodford Green, where Iain Duncan Smith is the Member of Parliament, and by the President of the National Federation of Cypriots in the UK.