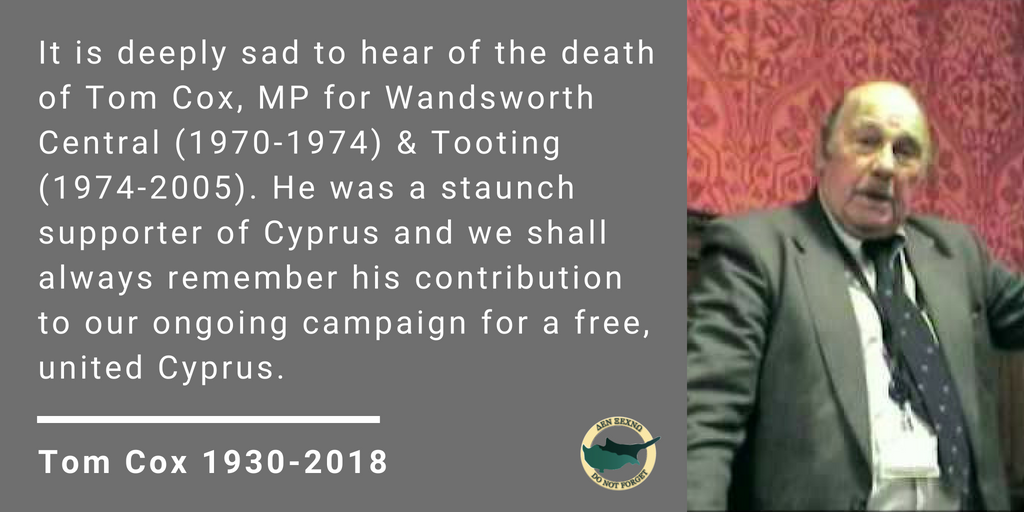 The National Federation of Cypriots in the UK would like to express its deepest condolences to the family and loved ones of Tom Cox – a former Member of Parliament and outstanding friend of Cyprus. 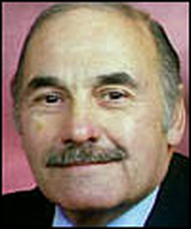 Tom Cox was born on 24 January 1930 and graduated from the London School of Economics before becoming an electrical worker. Mr Cox then worked for Fulham Borough Council (where his father had once been Mayor of Fulham) and served as a councillor on Hammersmith and Fulham Council early in his political career. He then became the Member of Parliament for Wandsworth Central from 1970-1974 and, after boundary changes saw that constituency abolished, he served as Member of Parliament for Tooting from 1974-2005. He also served as a Government Whip in James Callaghan’s Government.

Mr Cox worked closely with the National Federation of Cypriots in the UK and its Presidents over many years.  Throughout his political career, he inspired Members of Parliaments and many others to become involved with the just cause of Cyprus. Mr Cox was Chair of the Britain-Cyprus Committee, Chair of the Commonwealth Parliamentary Association (Cyprus), a member of the Council of Europe for over 20 years, and a member of the Friends of Cyprus. He, together with Eddie O’Hara, Sir Alan Meale and Baroness Boothroyd, initiated dozens of Early Day Motions in the House of Commons urging Governments and MPs from all political parties to help Cyprus. Tom regularly asked questions to the Prime Minister and Foreign Minister about whether the British Government was doing enough to help end the occupation of Cyprus. He participated in countless anti-occupation rallies on the anniversary of the illegal Turkish invasion of Cyprus in July and spoke passionately in front of thousands in Trafalgar Square. Furthermore, as an Honorary Citizen of both Morphou and Famagusta, he also took part in their anti-occupation demonstrations in Cyprus.

Tom Cox was a passionate, clear and formidable voice in Parliament for a free, united Cyprus. His commitment for Cyprus shall be remembered and his exceptional contribution is greatly appreciated.