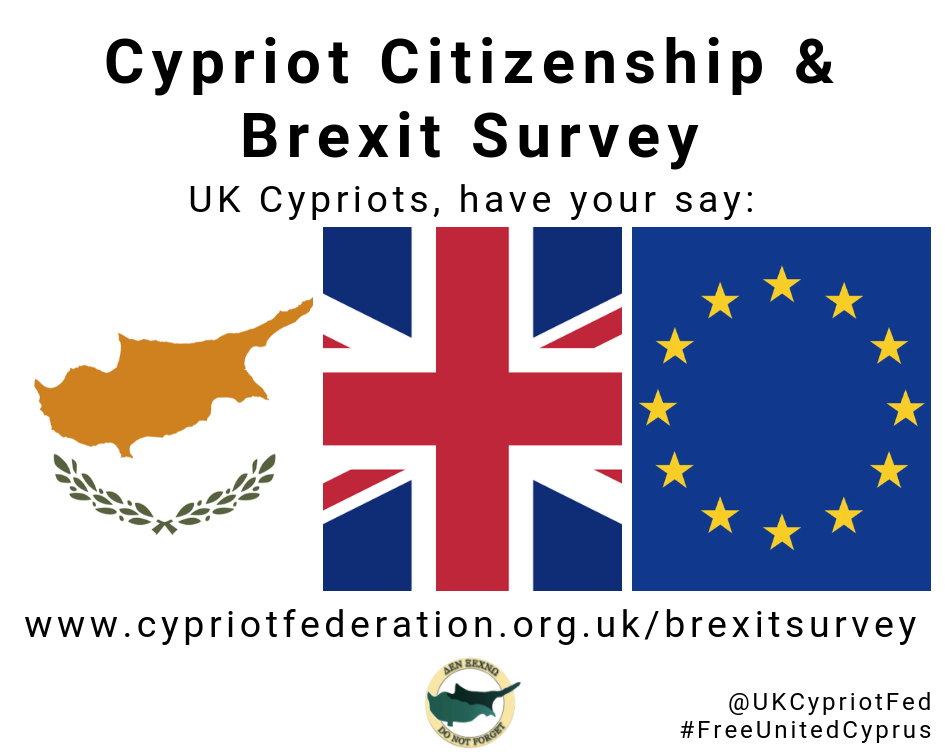 In all of 2015, the year before Britain voted to leave the European Union, there were only 30 applications for Cypriot citizenship at the Cyprus High Commission in the UK. After the EU referendum that number has increased by 670% to ~200 in the UK Consulate in 2018 already and there are certainly many more UK Cypriots that are interested in obtaining Cypriot citizenship.

The Federation represents the UK Cypriot community and with an increased demand for Cypriot citizenship we want to ask for your opinion on this process. We’ll use our findings to make representations to the Cypriot Government about the process and the criteria.

Also, as the Brexit negotiations enter a crucial period, we want to hear directly from our community on this important issue. We regularly meet with Ministers, Shadow Ministers, Parliamentarians and other stakeholders, so hearing your voice will enable us to advocate on your behalf.