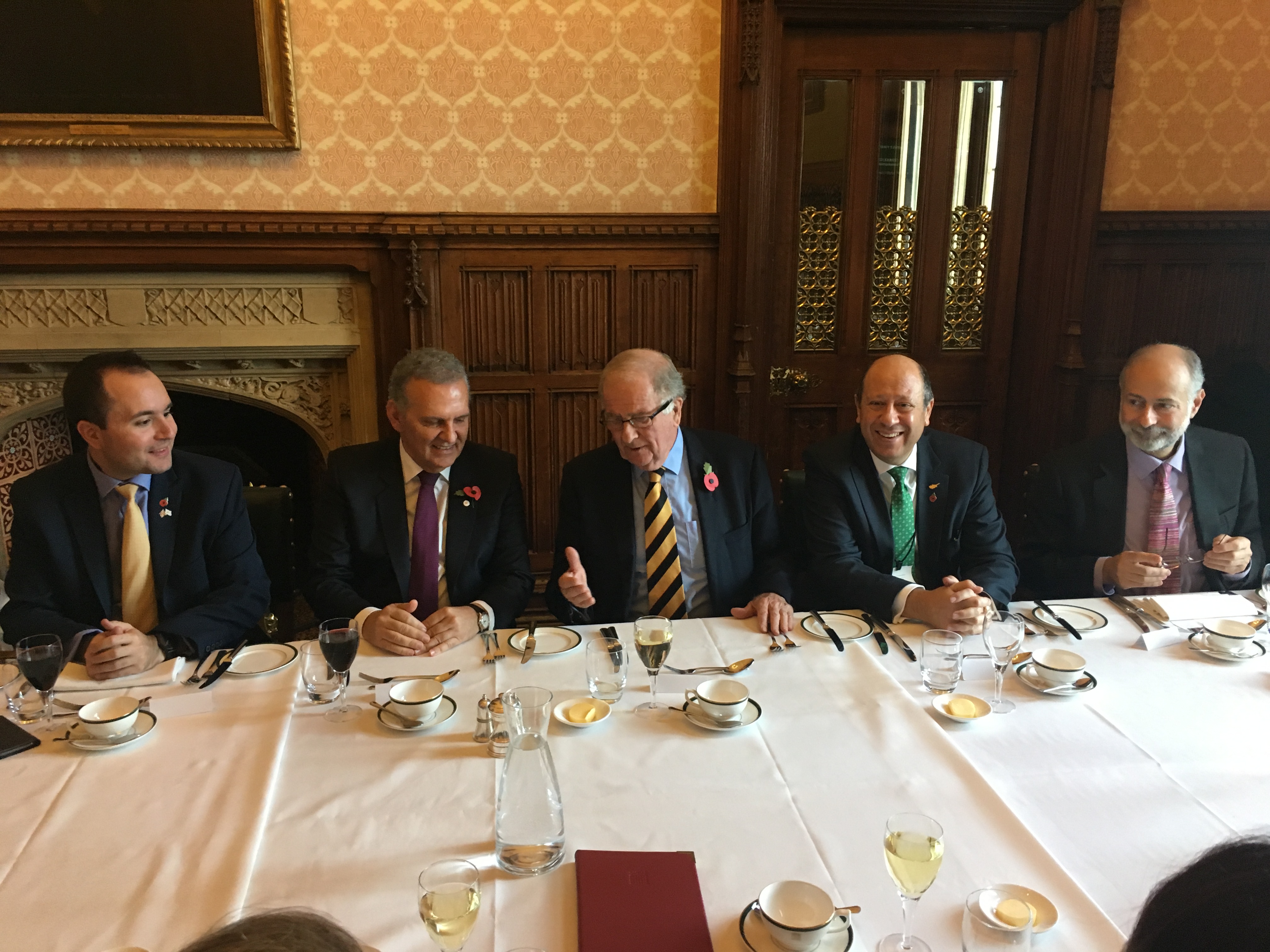 Presidential Commissioner Photis Photiou attended on Wednesday a working lunch with the All-Party Parliamentary Group for Cyprus, hosted by the National Federation of Cypriots in the UK at the Houses of Parliament in Westminster.

Photiou discussed the latest developments of the Cyprus issue and briefed the MPs on President of the Republic Nicos Anastasiades’ meetings with Turkish Cypriot leader Mustafa Akinci and the United Nations Secretary General special envoy for Cyprus Jane Hall Lute. He also discussed the key issues that are still pending.

The Presidential Commissioner gave emphasis to the humanitarian issue of the missing persons and exchanged ideas with the British parliamentarians on how they and the UK government can help in that regard by encouraging Turkey to open its military archives.

There was also special mention of the enclaved people in Rizokarpaso and Kormakitis. Photiou explained that the enclaved persons are denied basic human rights.

During the meeting, they also discussed about renewal of UNFICYP’s mandate and the support needed, as well as the trilateral cooperation initiatives of the Republic of Cyprus with other countries and their importance for peace and stability in the region.