Annual demonstration for a free, united Cyprus on 15 November 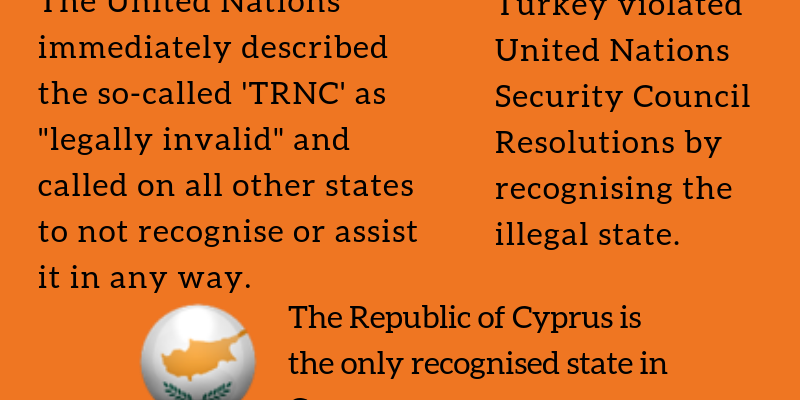 Join us on 15 November and show your support for a free, united Cyprus.

Every year since 15 November 1983, when the illegal regime in the occupied area of Cyprus ‘unilaterally declared independence’, the National Federation of Cypriots in the UK has organised a protest to demonstrate its support for one #FreeUnitedCyprus.

We’ll be outside the Turkish Embassy in London calling for:
– A #FreeUnitedCyprus for the benefit of all Cypriots.
– The reversal of the illegal ‘Unilateral Declaration of Independence (UDI)’.
– The end of the Turkish occupation of 37% of the island and 57% of its coastline.
– The withdrawal of the occupying Turkish troops.
– The end of the outdated system of guarantees that have failed Cyprus so badly in the past.
– The right of return of refugees to their homes as required by international law.