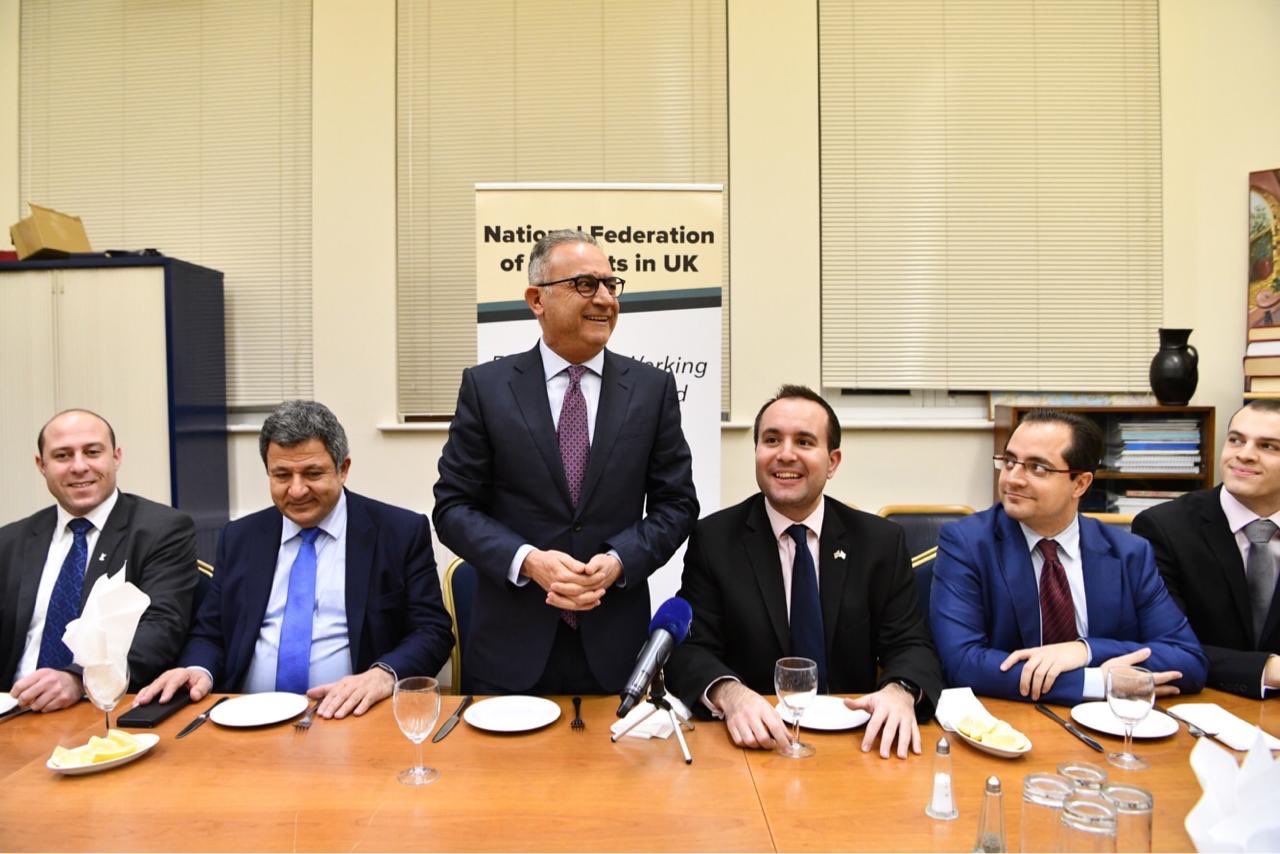 On Monday 3 December, the National Federation of Cypriots in the UK hosted Mr Averof Neophytou, President of DESY, for a working dinner in his honour as part of his official visit to London. Mr Neophytou briefed the Federation on his meetings in London with Sir Alan Duncan MP (Minister for Europe); Brandon Lewis MP (Chair, Conservative Party); Archbishop Gregorios of Thyateira and Great Britain; the committee of DESY UK; the Conservative Friends of Cyprus; and the UK Cypriot community at DESY UK’s annual dinner and dance.

Mr Neophytou spoke at length about the Cyprus issue and the prospects for restarting reunification negotiations soon. He spoke in depth about his recent series of meetings with Turkish Cypriot political leaders and described some of the positions they have conveyed to him on the Cyprus issue. Mr Neophytou also informed the Federation about two interesting meetings he has had with Mr F.W. de Klerk, former State President of South Africa, and joint-winner of the 1993 Nobel Peace Prize with Nelson Mandela. Mr de Klerk told Mr Neophytou that “an important part of resolving any national issue is reflecting on what one leader can compromise with the other leader in order to make the other leader appear more credible to their own community.”

In his welcome remarks the Federation President, Mr Christos Karaolis, expressed his pleasure that Mr Neophytou had joined the Federation for a working dinner. Mr Karaolis emphasised to him that the Federation unites the community and works tirelessly for a free, united Cyprus without outdated guarantees or the presence of foreign troops.