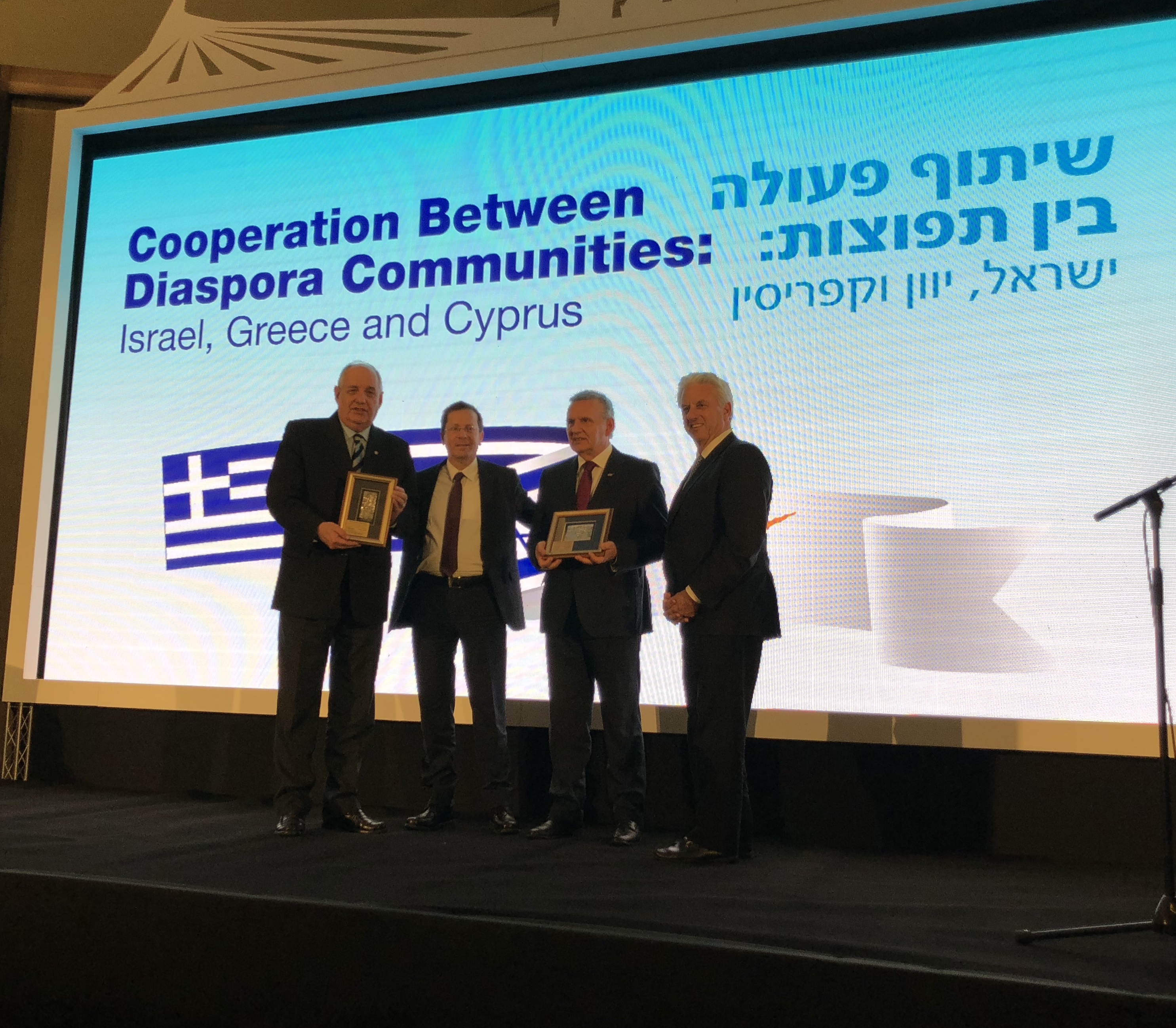 The President of the National Federation of Cypriots in the UK (Christos Karaolis), President of NEPOMAK (Christos Tuton) and the Executive Director of the Hellenic American Leadership Council (Endy Zemenides) accompanied Presidential Commissioner Photis Photiou to participate in the annual Board of Governors meeting of the Jewish Agency of Israel under the framework of trilateral cooperation between Cyprus, Greece and Israel. Also in attendance was Deputy Foreign Minister of Greece, Terens Quick, as well as a delegation from the Greek diaspora. The diaspora leaders summit occurred on Tuesday 26 February in Jerusalem, upon the invitation of Isaac Herzog, Chairman of the Jewish Agency.

The delegates agreed plans for the first tri-partite youth visit for 15 young leaders of each diaspora to visit Israel, Greece and Cyprus in August of 2019. Delegates also exchanged perspectives on initiatives to promote and maintain culture/education among the second and third generation, diaspora engagement strategies, as well as the geo-political developments in the Eastern Mediterranean.

On the side-lines of the trilateral meeting, the Cypriot and Greek delegations also met with the Greek Orthodox Patriarch of Jerusalem, His Beatitude Theophilos III.