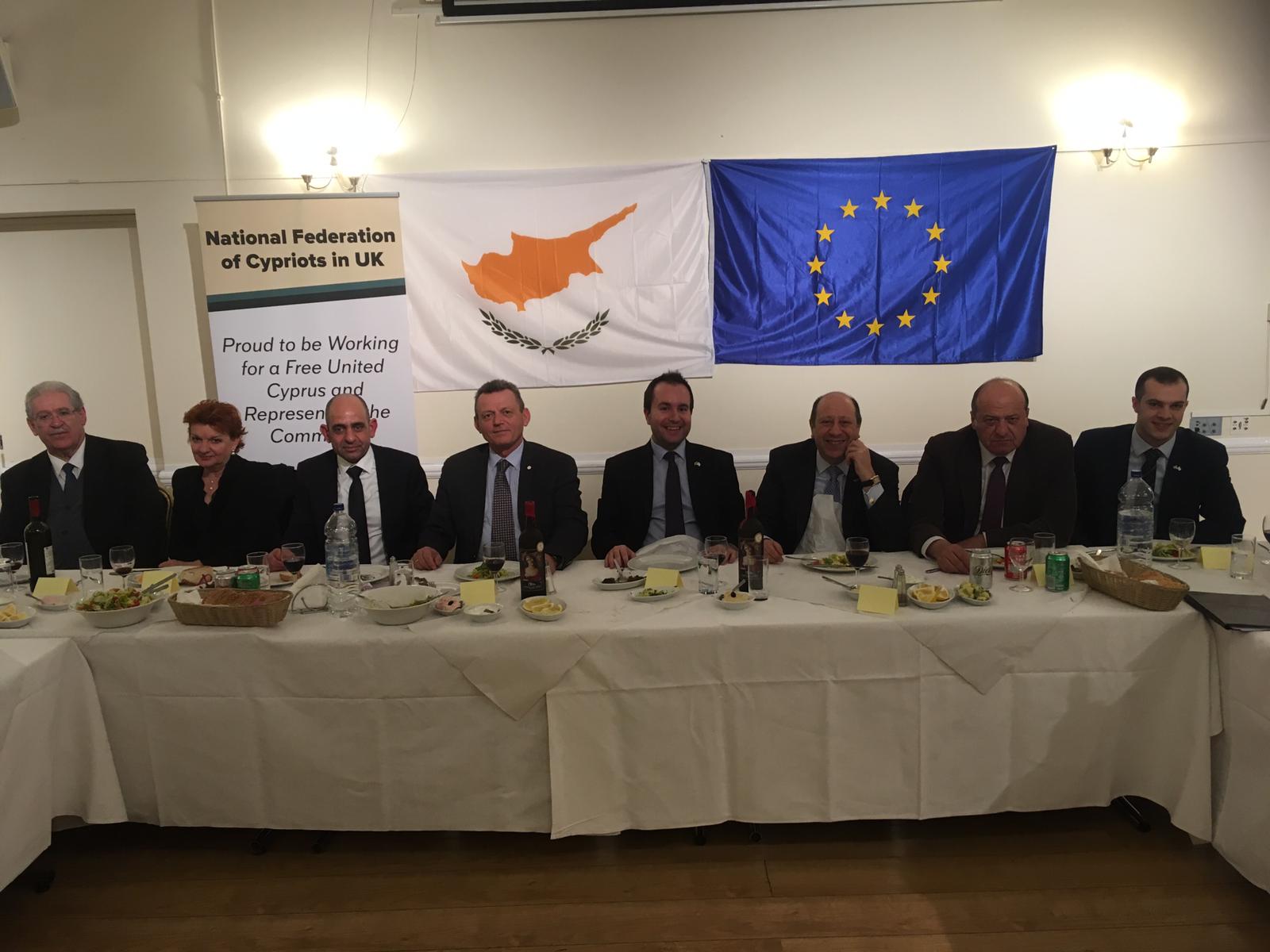 On Wednesday 30 January, the National Federation of Cypriots in the UK organised a working dinner for the Chief of the Cypriot National Guard, General Elias Leontaris, as part of his series of meetings in London. The Chief of the National Guard informed the Federation about the cooperation between Cyprus and the UK on issues of defence emphasising the crucial role it plays in protecting and defending the Republic of Cyprus. He also spoke about Cyprus’ security and defence strategy and how a key part of that is to further the education and training of its staff by learning from Cyprus’ allies around the world. Mr Leontaris highlighted examples of this, such as the Cypriot National Guard taking the bronze medal in the Exercise Cambrian Patrol 2018 Phase 5 in Wales which is widely considered to be the world’s premier patrolling exercise.

The President of the Federation, Christos Karaolis, congratulated the Chief and the National Guard for securing peace, stability and security on our island. He also raised the issue of whether Cypriots who have dual nationality might be called by Cyprus to do the national service in Cyprus. This topic has increasingly been discussed amongst the UK Cypriot community following the vast increase in the number of applications for Cypriot citizenship in the UK. Both the High Commissioner for Cyprus to the UK, Euripides L Evriviades, and Mr Leontaris said that Cypriot citizens that are permanent residents abroad do not have to do the national service but that if they were to move to Cyprus permanently, then they would have to.

At the end of the dinner, the Chief of the Cypriot National Guard exchanged gifts with the President of the Federation and the President of Efedri Katadromis (Reserve Commandos), Sotos Politakis. Mr Karaolis presented Mr Leontaris with a book by the late Cypriot artist George Lanitis and Mr Politakis presented Mr Leontaris with a plaque. In return, Mr Leontaris gave plaques to both the Federation and Efedri Katadromisas an expression of acknowledgement of their contributions to the struggle of Cyprus on behalf of the Cypriot National Guard.