Committee on Missing Persons visit to the UK March 2019 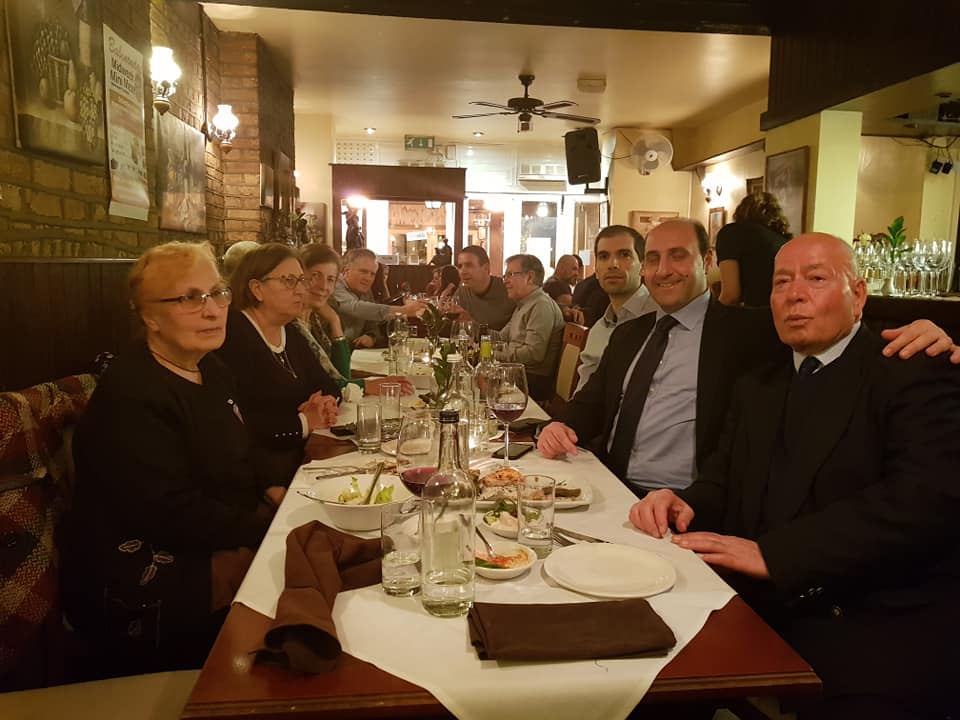 The Committee of Missing Persons in Cyprus (CMP) conducted an official visit to the UK between 18-21 March. During the visit, Nestoras Nestoros (Greek Cypriot representative), Gülden Plümer Küçük (Turkish Cypriot representative), Christiana Zenonos (Greek Cypriot Field Coordinator), and Mine Balman (Second Assistant to the Turkish Cypriot Member) held meetings with the Foreign and Commonwealth Office and with various individuals who came forwards with information about the missing. They also held a group meeting at the Cypriot Community Centre where representatives of the Organisation of Relatives of Missing Cypriots in the UK (ORMC) were present as well as Christos Karaolis (President of the Federation) and Christos Tuton (President of NEPOMAK).

The aim of the visit was to identify crucial information that exists within the British and Cypriot community in the UK to help determine the fate of the over 1,000 Cypriots that are still missing. In the build-up to the visit, the Federation, ORMC and NEPOMAK led a high-profile campaign on social media that encouraged people to speak up and share any relevant information that they may have that could help the work of the CMP. The campaign resulted in several individuals contacting the CMP. Since the visit, the Federation and NEPOMAK, with the help of the ORMC, have both set up online forms that the public can use to submit information anonymously.

This year is considered to be a crucial year for the missing with the CMP encountering a number of difficulties in their work. Mr Karaolis, speaking on behalf of the Federation commented that “I commend the work of the CMP towards resolving the tragic humanitarian issue of Cyprus’ missing. I urge the Foreign and Commonwealth Office to speak with, and publicly call on, Turkey to open its military archives and share all information that it has on battlefield and relocated remains, which would honour the Clerides-Denktash agreements of 1975 and 1997. Turkey should also allow the CMP unhindered access for investigations and excavations in both civilian and military areas in the occupied area of Cyprus.”