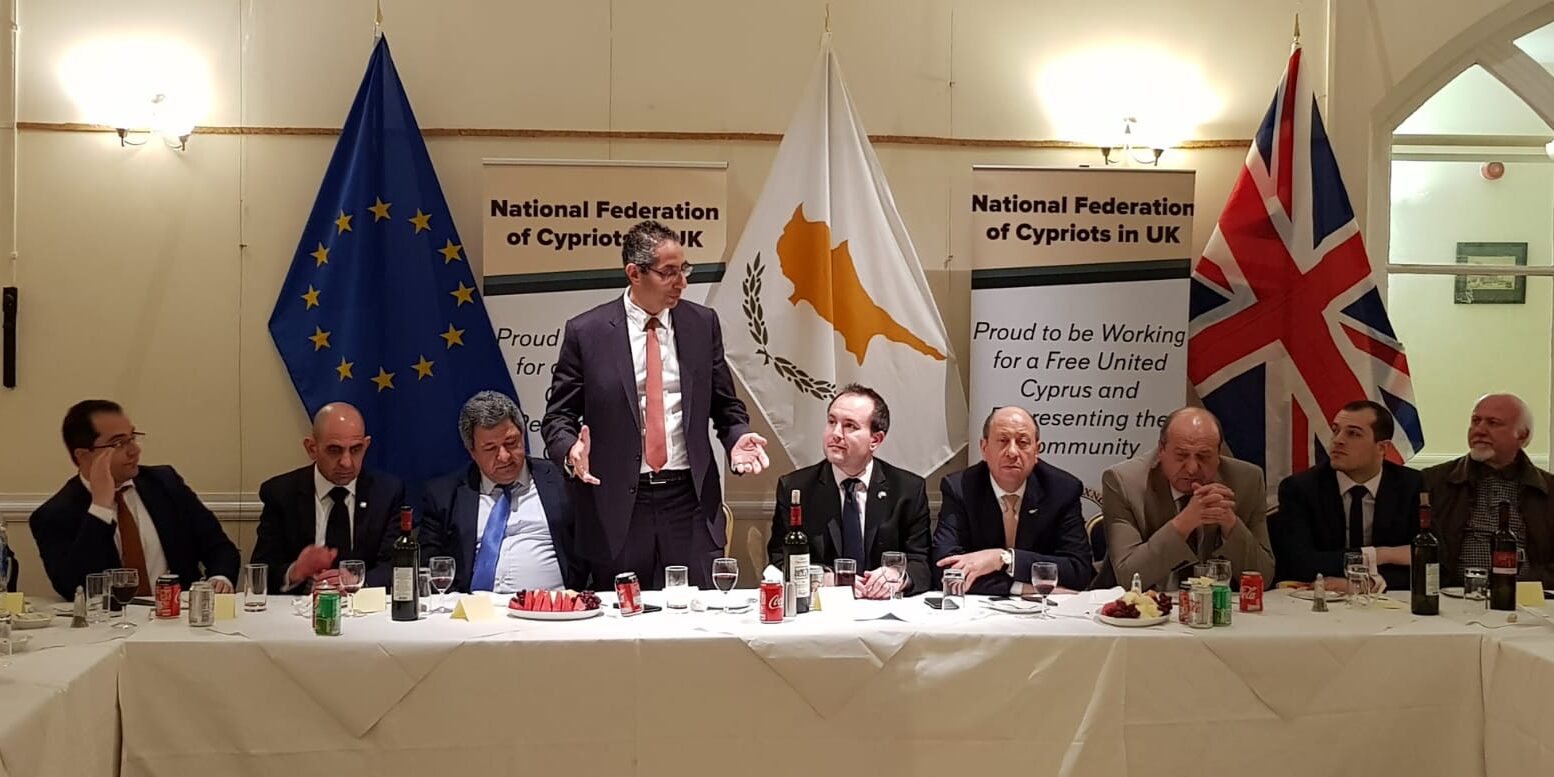 On Wednesday 3 April, the Secretariat of the National Federation of Cypriots in the UK hosted a working dinner in honour of the Minister of Defence of the Republic of Cyprus, Mr Savvas Angelides, as part of his visit to London. Mr Angelides informed the Federation about Cyprus’ rapidly developing defence cooperation with countries such as France and on a trilateral basis with Greece, Israel and Egypt. The Minister praised the work of the Federation advocating for Cyprus’ security and defence, including last year’s campaign following Turkey’s actions in Cyprus’ EEZ. He also spoke about his meetings in London and explained that Cyprus and the UK are increasing their cooperation on defence matters. The Minister noted that Turkey’s aggression in recent years has reinforced opinion in the region and around the world that Cyprus is a reliable partner in a turbulent neighbourhood. Mr Angelides concluded by expressing his strong conviction that modern-day Cyprus has lots to offer the world on defence and that it is only just beginning to realise its potential as a pillar of stability in the Eastern Mediterranean.

The President of the Federation, Christos Karaolis, thanked the Minister of Defence for his work to upgrade the national defence of the Republic of Cyprus and for strengthening Cyprus’ standing around the world through new alliances and trilateral partnerships. He highlighted the UK Cypriot community’s deep concern at Turkey’s aggressive rhetoric and actions over the last few years and spoke about the Federation’s campaign that saw over 3000 emails sent to the Foreign and Commonwealth Office in just over 2 weeks. The campaign called on the FCO to condemn Turkey’s illegal actions towards preventing Italian company ENI from conducting exploratory drilling in Cyprus’ EEZ. Mr Karaolis also said that the Federation is closely watching the UK’s relationship with Turkey. According to reports, the UK has sold over £800m of military equipment to Turkey in the last 3 years and Turkey used British-built F-16 bombers during its invasion of Afrin, Syria.

After Mr Angelides and Mr Karaolis concluded their remarks, a number of guests asked questions to the Minister about a wide variety of issues including about future drilling in Cyprus’ EEZ, the Cypriot National Guard and exit visas. The Minister and the President of the Federation exchanged gifts; and the President of Cypriot Reserve Commandos (a Federation member association), Sotos Politakis, also gave a present to the Minister.