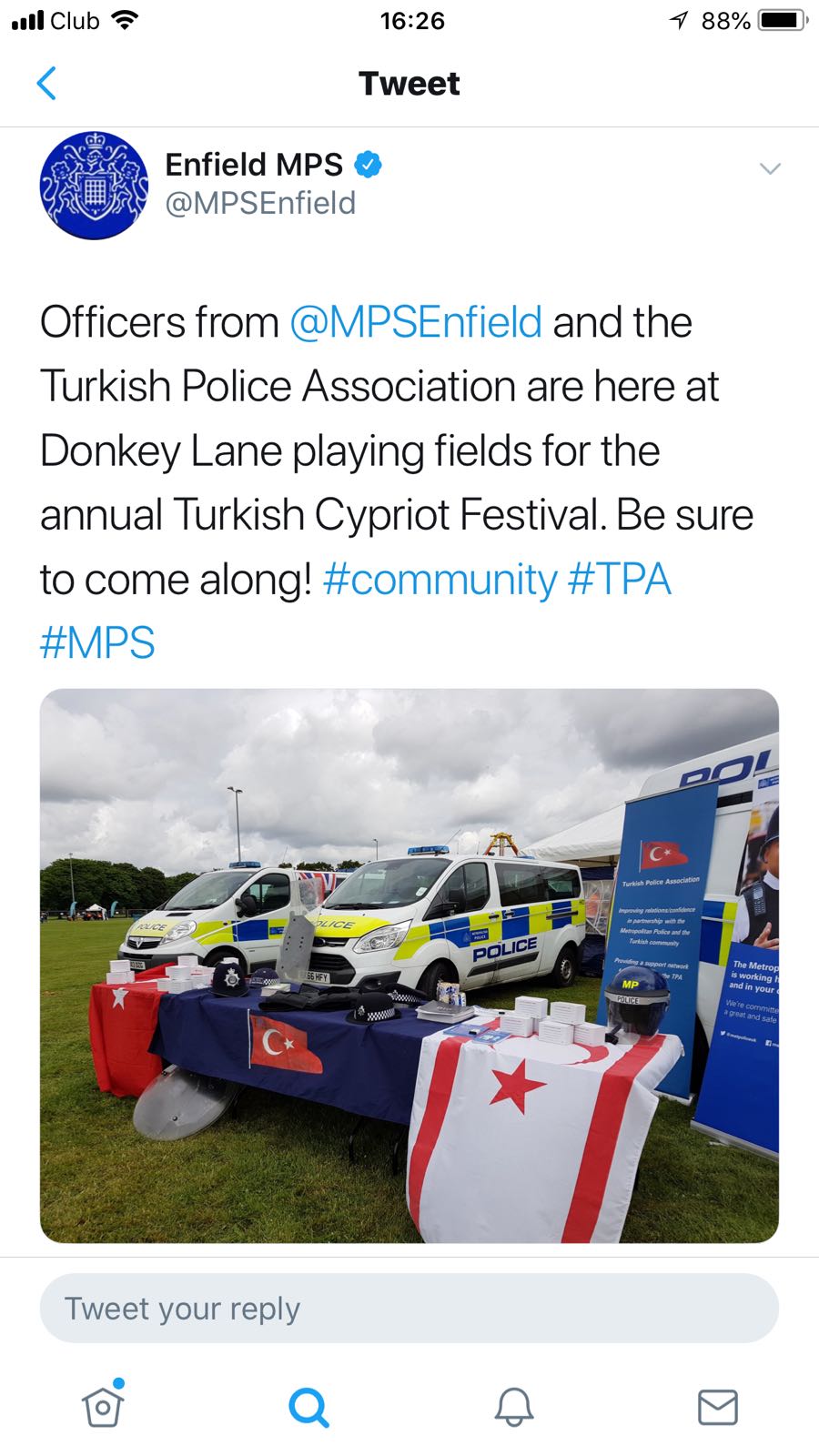 Following an investigation into a complaint by the National Federation of Cypriots in the UK the Metropolitan Police has issued an apology after the Turkish Police Association exhibited a flag of the so-called “TRNC” at the Turkish Cypriot Festival at Donkey Lane on Sunday 17 June 2018. The image with the flag was later also shared on the official Enfield MPS twitter.

In the investigation conclusions, Superintendent Mehtab, said “I will offer an apology on behalf of the MPS. In relation to this incident there is a clear need for Learning & guidance to be given by the MPS in relation to displaying of the said flag by police whilst on duty with MPS”. The report also went on to recommend the need for refresher training as part of all on mandatory training days across the MPS in relation to social media & those authorised to tweet on behalf of the MPS.

The Federation President, Christos Karaolis, wrote to the Metropolitan Police Commissioner, Cressida Dick, in June 2018, outlining the illegality of the so-called “TRNC” flag and the deep disrespect, hurt and insult that displaying the flag on a Met Police Stand and Enfield MPS twitter had caused the UK Cypriot community. Speaking after the conclusion of the investigation, Federation President said, “I welcome the apology from the Metropolitan Police and the recommendation that guidance be issued to prevent any repeat of this incident which has caused significant offence to our community.” He went on to say “I’d would also like to express my public gratitude to the Met Police Greek & Cypriot Staff Association and its Chairman Tom Haji-Savva for their steadfast support and advice in resolving this issue” 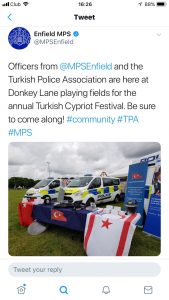