It was an honour to welcome His Eminence Archbishop Nikitas, Archbishop of Thyateira and Great Britain, to our school community. His Eminence graciously took time out from His very busy schedule to be with us in this His first visit to our school.  The visit was an opportunity for His Eminence to meet students and staff and to familiarise Himself with the British education system, given His own educational background is originally from the United States.

Joining us on this visit, were also representatives from the Russell Education Trust, school governors and representatives from other local schools, as well as the Headteacher from our Greek Orthodox, primary school counterpart, St Cyprian’s in Croydon, Mrs Mary Mantilas. We were also pleased to welcome local politicians, Teresa Villiers and Bambos Charalmabous.

His Eminence delivered an inspiring assembly where he spoke about His own early life growing up in the United States to immigrant parents and His route into the church. His Eminence spoke eloquently on the virtues of education and encouraged students to persevere with their learning and the challenges which go hand in hand with studying. His Eminence also shared His love of languages with students, showing His wonderful ability to communicate not only in English and Greek, but also Serbian and Russian. On that note, His Eminence once again urged students to view the learning of other languages such as Latin and Greek as a gift that sharpens the mind and leads to greater success academically. His Eminence invited the audience to ask questions which allowed our students to ask a variety of well-focused questions ranging from what is the difference between Orthodoxy and Catholicism, how and why His Eminence chose to enter the priesthood and what is temptation and how does one resist it? 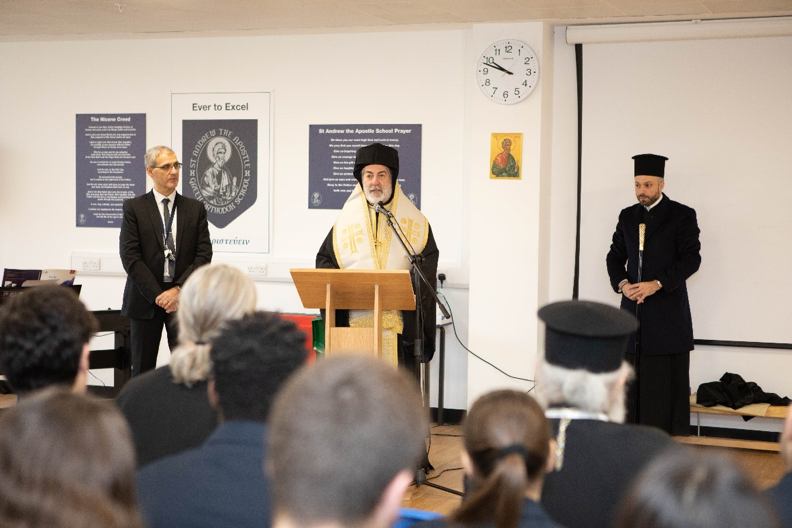 The visit was a tremendous success and the whole school community was delighted to have His Eminence with us today. During his visit all those involved were able to mark the passing of our former Archbishop, His Eminence Gregorios by observing a minute’s silence.

We look forward to His Eminence Archbishop Nikitas joining us for a return visit in the New Year. 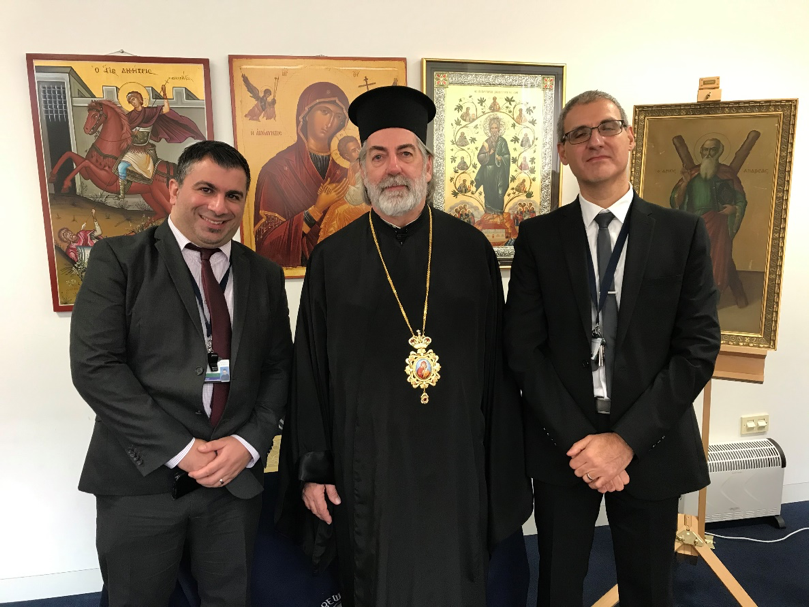