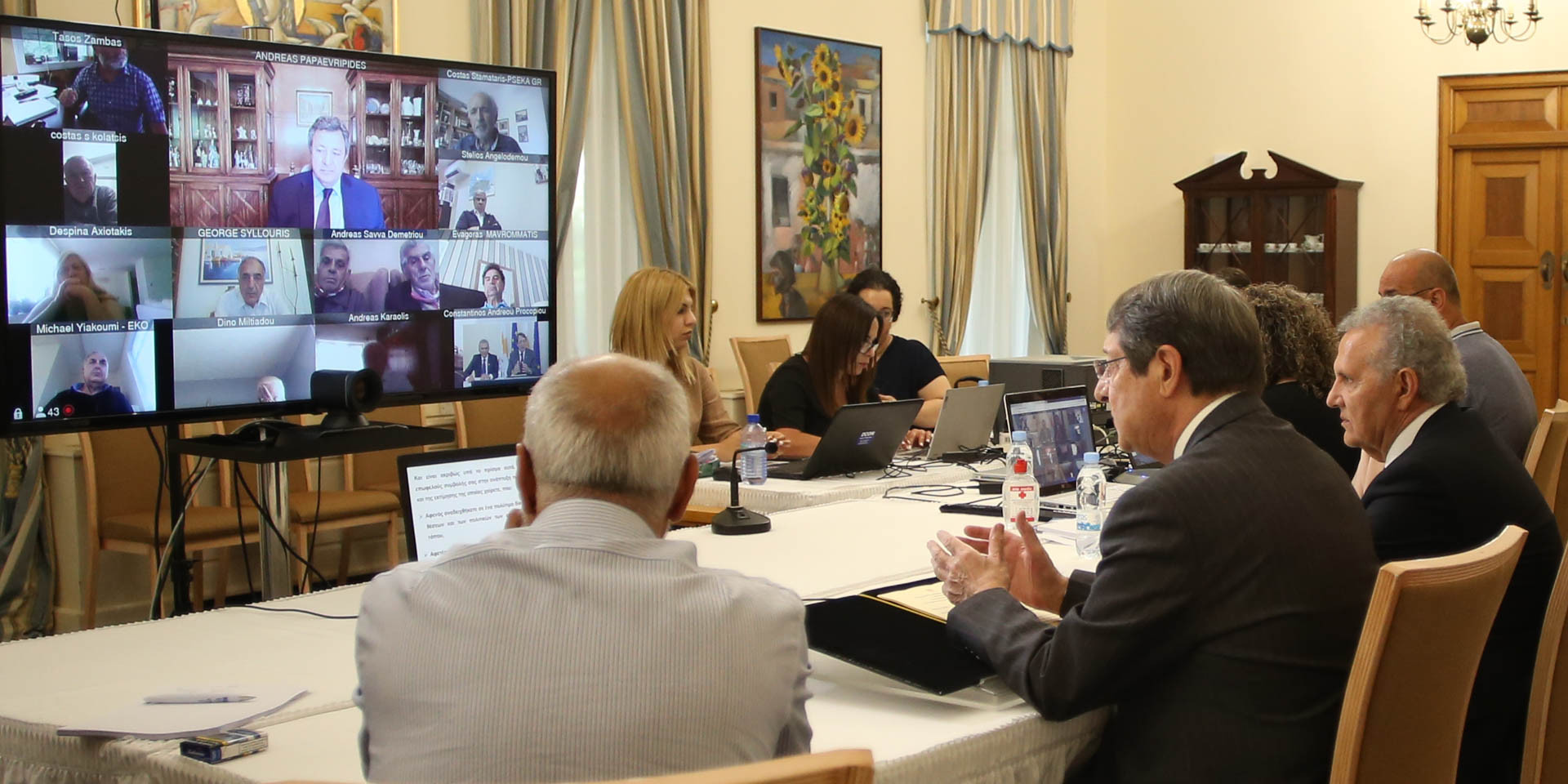 The proceedings of this year’s World Conference of Overseas Cypriots were held for the first time without the physical presence of delegates, via video-conference, due to the ongoing coronavirus pandemic.

“I will never accept blackmail on the Cyprus issue” emphasises President Anastasiades:

Addressing the virtual meeting, President Anastasiades said that Turkey’s actions in the region (e.g. the violation of the Republic of Cyprus’ Exclusive Economic Zone, the threats against Greece and most of its neighbours, as well as the new invasions in Libya and Syria) contradict international law and are raising tensions, as well as undermining stability, peace and security.

Calling on Turkey to respect Cypriot sovereignty, the President pointed out that the only way to terminate and prevent such tension was to adopt a decisive stance with measures that will make clear to Turkey that it cannot continue to act undisturbed in the region.

Referring to the Cyprus issue, President Anastasiades made clear that he would never accept blackmail tactics nor would he negotiate under duress/threats, adding that he would not present to the people a proposed solution that did not meet their expectations and did not restore their inalienable rights.

In closing, President Anastasiades praised the work of the Diaspora movement and their efforts towards a peaceful solution of the Cyprus problem. The President also expressed his sorrow for the overseas Cypriots who lost the battle against COVID-19 and his gratitude for all the assistance in repatriating Cypriots who were stranded abroad during the lockdown.

In his address to the opening ceremony, the President of POMAK, Andreas Papaevripides said that we must realise that Turkey has a plan to revive the Ottoman Empire and called on diaspora Cypriots to continue working in a coordinated manner. The President of PSEKA, Philip Christopher, in his remarks highlighted that today, for the first time, public opinion around the world is against Turkey, given their actions in the region, and urged the diaspora movement to capitalise on this change in public opinion. President of NEPOMAK, Christos Tuton, in his speech, paid tribute to the people of Cyprus for overcoming historic challenges during the first 60 years of the Republic of Cyprus and said that young, diaspora Cypriots won’t forget those who sacrificed their lives for Cypriot independence.

Updates from Government Ministers and Officials

Defence Minister Charalambos Petrides outlined how the Republic of Cyprus will exhaust all legal means provided by international law and will make the necessary representations, in order to stop Turkey undermining its sovereign rights. He went onto outline how the region was becoming more complicated with terrorism, threats, migration, the conflicts in Syria and Libya, and Turkey’s aggressive stance against Cyprus and Greece. 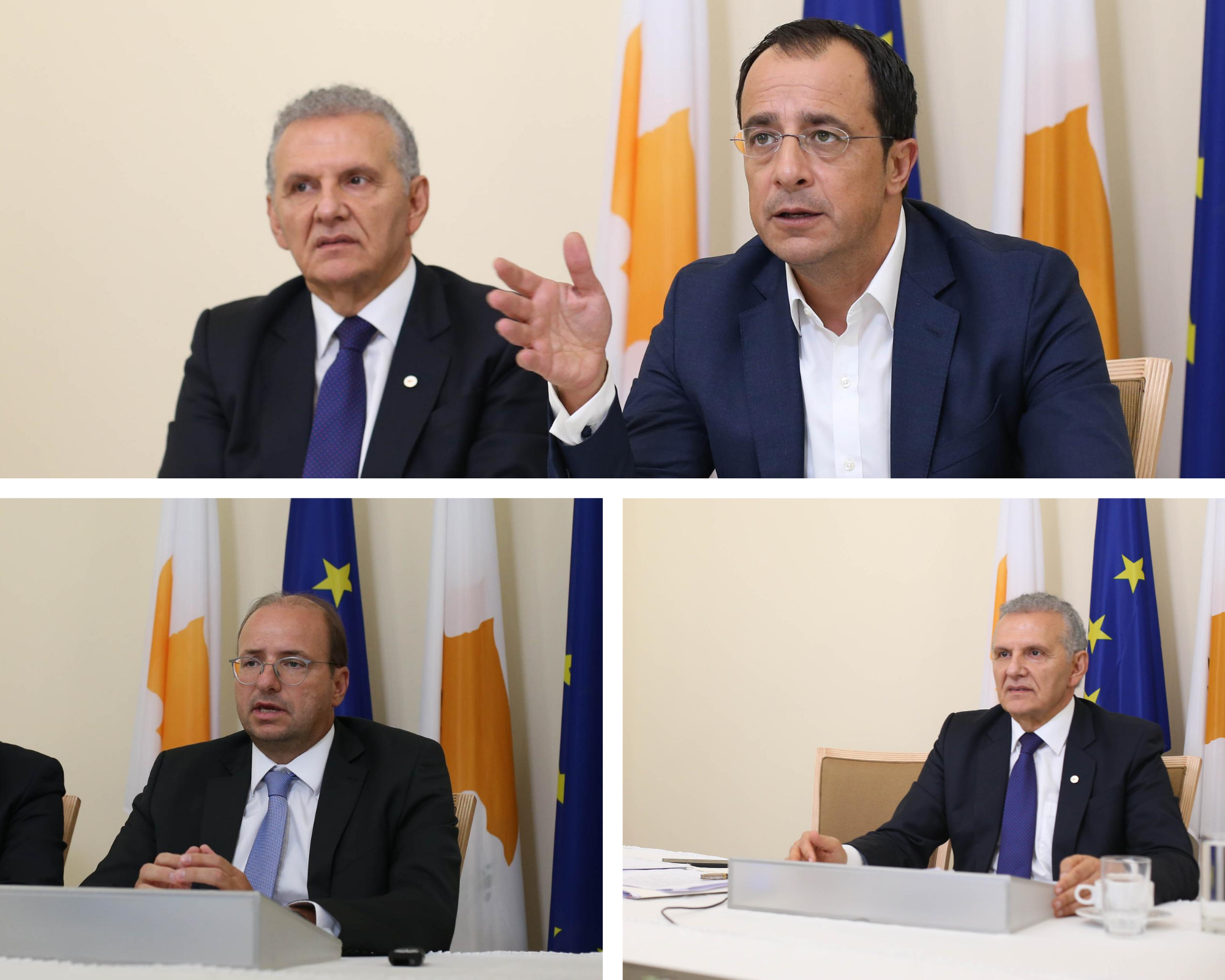 In his briefing, Foreign Minister Nikos Christodoulides, provided an update on the latest developments and discussions between the EU and Turkey, as well as the recent visit of President Anastasiades to Paris, where he accompanied the President to meet with French President, Emmanuel Macron.

The Director General of the Ministry of Energy, Commerce & Industry, Stelios Himonas, informed delegates about the latest illegal drilling activities by Turkey in Cyprus’ EEZ, including the announced arrival of the Barbaros drillship – Turkeys’ 7th illegal drilling attempt in Cyprus’ Exclusive Economic Zone and Continental shelf – on Thursday 30 July.

Other greetings were also provided by the Egyptian Immigration Minister and Egyptian Expatriates Affairs, Nabila Makram; the Deputy Foreign Minister of Greece, Kostas Vlasis; the President of the Jewish Agency Isaac Herzog and; the High Commissioner for Diaspora Affairs of Armenia Zareh Sinanyan; as well as the Chairman of the Committee of Occupied Municipalities, Petros Kareklas and; the President of the Union of Occupied Communities, Michalis Tziortas. 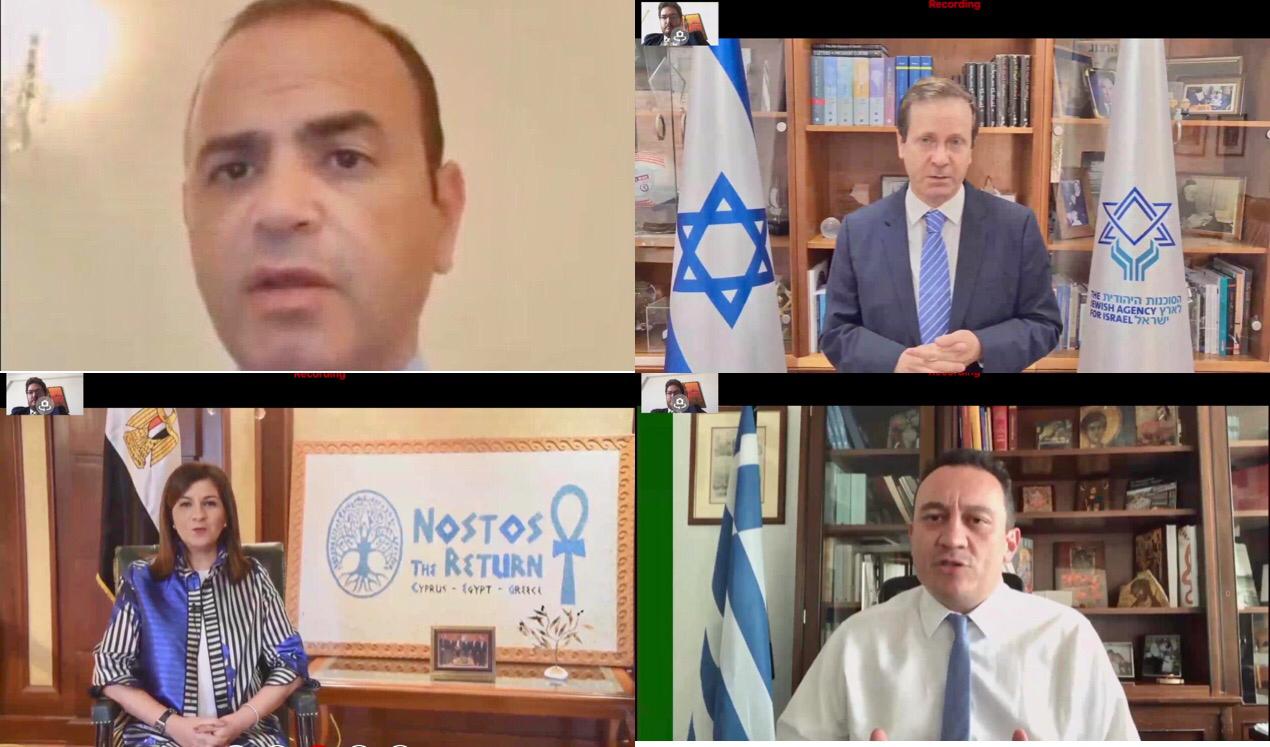 The following day, NEPOMAK held their own virtual meeting focussed on diaspora youth issues and priorities. Representatives from around the world heard updates on: the missing persons of Cyprus from Presidential Commissioner Photis Photiou; the Cyprus issue and foreign policy from the Permanent Secretary of the Ministry of Foreign Affairs, Kornelios Korneliou; and the President of Cyprus’ climate change initiative from Theodoulos Mesimeris of the Ministry of Agriculture, Rural Development and Environment. The President of NEPOMAK, Christos Tuton also provided a summary of the previous two years of NEPOMAK initiatives and activities. 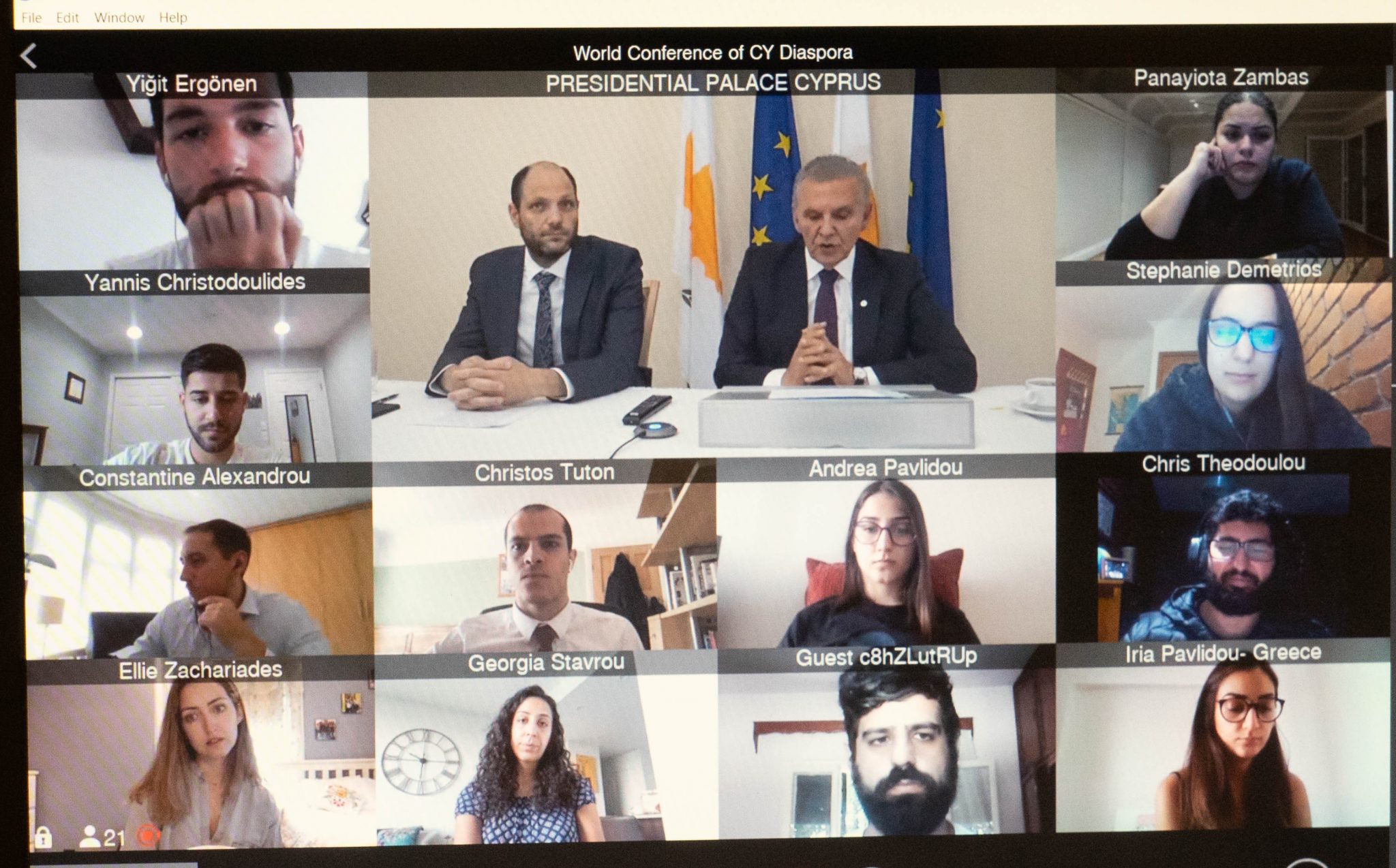