Lullabies of the World 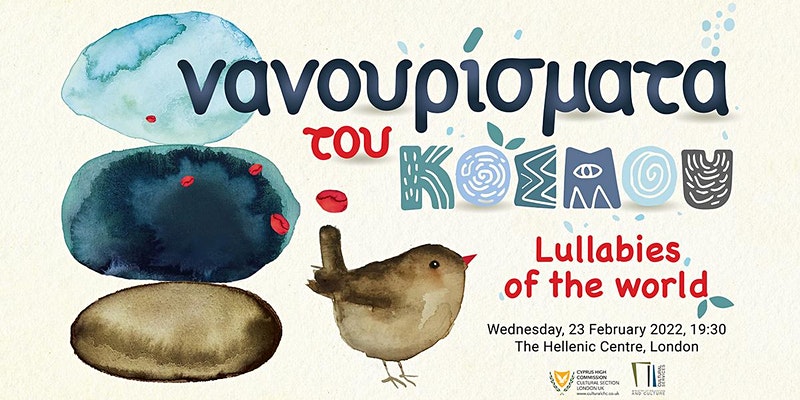 The Cyprus High Commission in the UK proudly presents the musical performance “Lullabies of the World” on February 23rd at the Hellenic Centre in London.

A journey around the world, through traditional lullabies from different parts of our planet, adapted into Greek by the Cypriot lyricist Stavros Stavrou. The project is a result of extended research and was first presented last November, during the Nicosia International Arts Festival 2021. The songs of the collection have been released in a recorded album, performed by ten renowned Cypriot actresses.

The performance at the Hellenic Centre in London will include lullabies from Cyprus, Greece, the UK, Israel, Japan, Hungary, Denmark, Italy, France, Bosnia and Herzegovina, Russia, the Ukraine and Armenia.