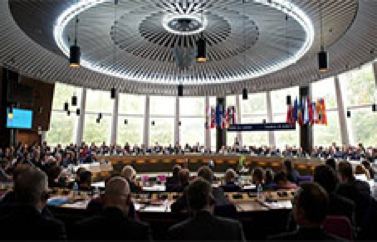 A ruling by the European Court on Human Rights on Monday underlined the long-recognised illegality of Turkey’s violation of human rights in Cyprus, decreeing that Turkey must pay €90m to the Republic of Cyprus for damages relating to the 1974 military invasion of the island.

The breakdown of the payments amounted to €30m in relation to non-pecuniary damage suffered by the relatives of persons who became missing during Turkey’s invasion, the vast majority of whose fates are still unknown. A further €60m are to be paid in respect of non-pecuniary damage suffered by the enclaved Greek-Cypriot residents of the Karpasia peninsula.

The distribution of the funds among the appropriate victims within each of the aforementioned categories of damages is to be made by the Government of the Republic of Cyprus, under the supervision of Cyprus’s Committee of Ministers.

In reporting its findings, the ECHR confirmed that the decision, made by the Court’s Grand Chamber, in the case of Cyprus v. Turkey, was both final and decided by a majority.

Peter Droussiotis, the President of the National Federation of Cypriots in the UK, said of the ruling:

“This ruling itself is, of course, no surprise. It is a very timely reminder to the world, as we approach the 40th anniversary of Turkey’s invasion of Cyprus in July of this year, that this injustice has continued for far too long and remains a stain on the international community’s record of protecting human rights and preserving the rule of law.

“It is worth noting the Court’s statement that the passing of time does not have a bearing on injustices carried out by Turkey in Cyprus. This is important as we reach a tragic milestone in the continuing military occupation of the northern part of Cyprus by the Turkish army and in the light of Turkey’s adamant refusal to act within the law and in accordance with the resolutions of the United Nations in relation to Cyprus. Turkey aspires to join the European Union whose laws, rules and principles it has defied with impunity for 40 years and this has to stop”.

The decision which calls on Turkey to award non-pecuniary damages within three months to the Cyprus government, as a compensation for the relatives of missing persons, and to the residents of the Karpasia Peninsula was taken with a 15 to 2 majority.