Flying the flag for Cyprus at the 2018 Commonwealth Day Service 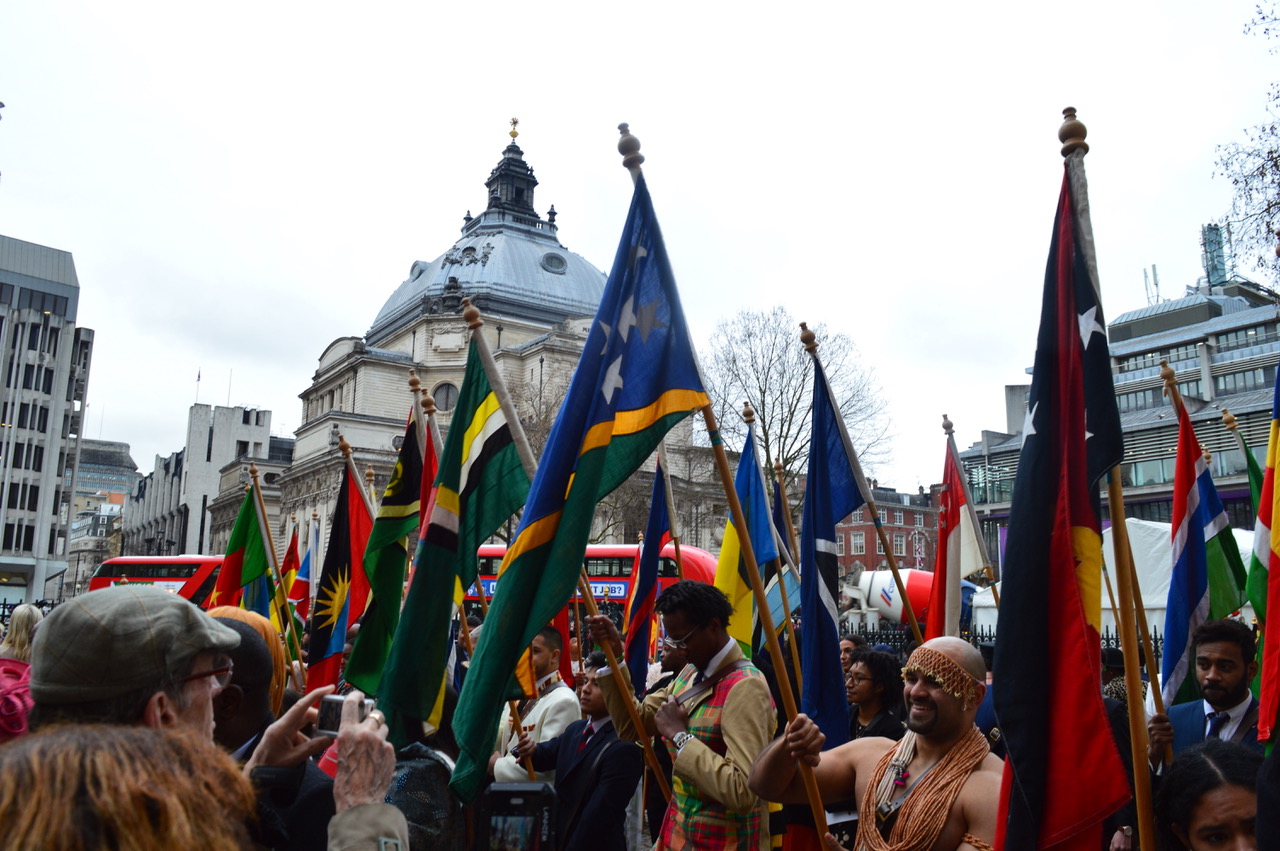 On Monday 12 March 2018 I was given the greatest of honours in representing the Republic of Cyprus as flag bearer at the annual Commonwealth Day Service at Westminster Abbey. Faith and civic gatherings, debates, school assemblies, flag-raising ceremonies, street parties and fashion shows were held across the 53 Commonwealth member states across the world to celebrate the vast diversity, strong unity and uplifting values that define the Commonwealth.

The Commonwealth is an intergovernmental organisation of 53 independent and equal sovereign states. It is home to 2.4 billion citizens, and includes some of the world’s largest, smallest, richest and poorest countries; spanning over five regions. Thirty of its members are small states, most of them island nations.

Attendees were treated to musical performances from Ghanaian drum collective One-Drum, Ngati Ranana London Maori Club, Portsmouth Gospel Choir, and British musician and ex-One Direction member Liam Payne. Spoken performances were given by award-winning spoken word artist Jaspreet Kaur, and Dr Andrew Bastawrous, Co-Founder and CEO of Peek Vision. Speeches were delivered by Commonwealth Secretary-General Patricia Scotland and other leading global figures about the importance of the family of nations which links the governments, people and institutions of the 53 member countries.

This year, Commonwealth Day precedes the 2018 Commonwealth Heads of Government Meeting, when the leaders of 53 independent member countries will meet to address key global challenges and agree how to work together for the welfare and common good of its 2.4 billion citizens. The two events are joined by the same theme, ‘Towards a Common Future’. Building upon the 2017 theme of ‘A Peace-Building Commonwealth’, this year’s theme explores how the Commonwealth can address global challenges and work to create a better future for all citizens through sub-themes of sustainability, safety, prosperity and fairness, in line with the theme of the 2018 Commonwealth Heads of Government Meeting in London.

Every year, the Commonwealth chooses a theme to provide a focus for its activities. The theme is celebrated throughout the year with special events taking place during Commonwealth Week, including the Commonwealth Service. Towards a ‘Common’ Future renews the Commonwealth vision, and recommits to building on the individual and collective strengths of all member countries to meet the needs of their citizens, to respond to global challenges, and deliver a more prosperous, secure, sustainable and fair future for all – particularly the younger generation of future leaders!

I had such a wonderful experience representing the Republic of Cyprus, it was a very proud moment in my life which I am never going to forget! I would like to thank those that made this amazing opportunity available, NEPOMAK UK, and the National Federation of Cypriots in the UK, as well as the High Commissioner for the Republic of Cyprus to the UK, Mr Euripides Evriviades, for his very kind and warm welcome!

I have always attempted to aid and promote the Cypriot community in the UK wherever I am able to do so! I was proud to represent my heritage, my background, my community, my friends and family, and my story!