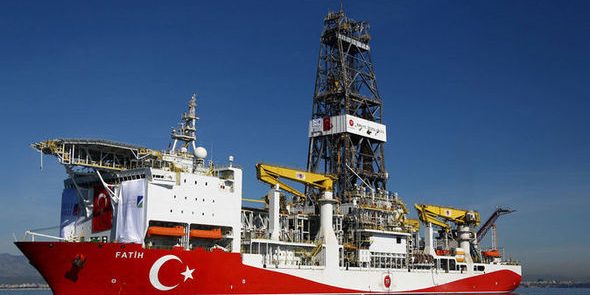 What is happening right now in Cyprus’ EEZ?

In recent years, significant hydrocarbon reserves have been discovered in the Republic of Cyprus’ Exclusive Economic Zone (EEZ). For example, in February 2019, American energy giant ExxonMobil and the Cypriot Government announced that they had discovered 5-8 trillion cubic feet of natural gas resources in one part of Cyprus’ EEZ. The Republic of Cyprus has exercised its internationally recognised, sovereign rights in its EEZ and has licensed drilling permits to international energy companies who will begin drilling over the next few years. The Government of Cyprus has been clear that all Cypriots will benefit from the exploitation of the island’s natural riches and has established a wealth fund.

Sadly, Turkey has proven time and again that it cannot refrain from interfering in Cyprus’ affairs. More worryingly, it is clear from Turkey’s rhetoric that it intends to take unilateral actions and use its military power so that Turkey, itself, benefits from Cyprus’ natural resources. There have been countless occasions where the Turkish warship, ‘Barbaros’, has entered Cyprus’ territory without the consent of the Cypriot Government. In the last week, this has escalated as ‘Barbaros’ and the drilling ship, ‘Fatih’ (which translates to ‘Conqueror’ in English), have arrived in Cyprus’ EEZ with the intent to start drilling for natural resources.

What has the reaction been and what must Turkey do?

The President of the Republic of Cyprus, Nicos Anastasiades, has described Turkey’s recent illegal incursion as a “second invasion” and it comes nearly 45 years after Turkish troops landed in Cyprus in July 1974. Cypriot authorities have taken steps to issue an international arrest warrant for the crew of ‘Fatih’ and all those involved in the illegal drilling operation. They are also examining a series of other possible measures, within the context of EU and International law. Cypriot Foreign Minister, Nikos Christodoulides, has confirmed that Cyprus has submitted the coordinates delineating the boundaries of its EEZ and continental shelf to the United Nations.

There has already been strong international condemnation expressed regarding Turkey’s latest actions.

However, beyond condemnation, sustained action must now be taken to ensure:

45 years after Turkey invaded Cypriot soil with tanks and soldiers, they are now invading Cypriot waters with warships and drill ships

Therefore, we need everyone to ensure that their local MP is publicly speaking out and calling for action against Turkey’s continued occupation and illegal incursion into Cyprus’ EEZ, as well as highlighting why Turkey cannot have a role in a reunified Cyprus.

This issue does not only affect Cyprus. It is of particular interest to Cyprus’ closest neighbours and partners in the region such as Greece, Egypt, Lebanon and Israel. Cyprus is the gateway for Israeli and Egyptian natural gas to reach Europe, and will help diversify Europe’s energy security in the years to come.

We’ve made it simple and easy to email your MP through our website: www.cypriotfederation.org.uk/mp. Our website will find your MP, their contact details and prepare a template email – it takes less than 30 seconds and can make a big difference for Cyprus!

“45 years after Turkey invaded Cypriot soil with tanks and soldiers, they’re now invading Cypriot waters with warships and drill ships. The UK and the international community need to stand up to Turkey and its bullish actions! #HandsOffCyprus #standuptoTurkey”