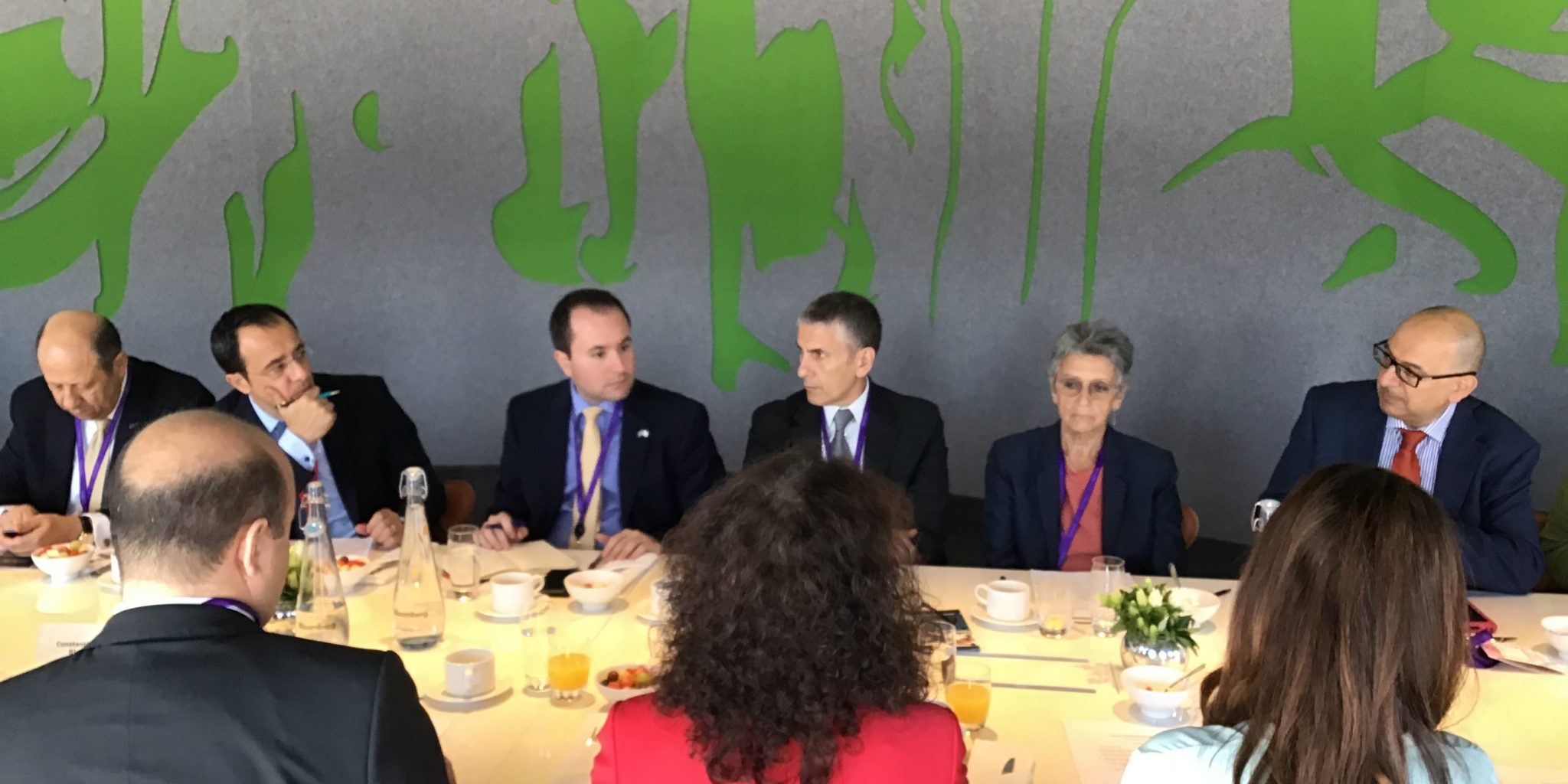 Today, within the framework of the Ministry of Foreign Affairs Economic Diplomacy Strategy, the Foreign Minister of the Republic of Cyprus, Mr Nikos Christodoulides inaugurated the 1st UK-Cypriot Diaspora Economic Diplomacy Roundtable. The roundtable is a joint initiative between the National Federation of Cypriots in the UK, the High Commission of Cyprus in the UK and the Ministry of Foreign Affairs of Cyprus. Under the leadership of Minister Christodoulides, Economic Diplomacy has been identified as one of the main pillars of Cyprus’ foreign policy. The roundtable highlights the importance of Cyprus’ diplomatic network, as well as the Cypriot diaspora, as enabling elements for the development of this policy.

The roundtable brings together successful Cypriots across all professions in the UK in confidential, results-oriented forum to develop a strategic and comprehensive approach to Cypriot economic diplomacy in the UK, as well as advance the UK Cypriot diaspora. The inaugural meeting was hosted at the Bloomberg Offices in London. The main issues that were discussed at the roundtable included the importance of defining a coherent ‘Brand Cyprus’; the diversity of the Cypriot economy and the competitiveness of emerging sectors; the engagement of third- and fourth-generation diaspora Cypriots; and the importance of identifying strategic opportunities in view of the Brexit process. Participants also agreed to meet on an annual basis, based on the Foreign Minister’s schedule.

Speaking after the event, Federation President, Christos Karaolis, “I’d like to express my gratitude to the Foreign Minister for putting our diaspora at the heart of the Economic Diplomacy strategy. As a UK Cypriot diaspora we have excelled across a number of professions and I’m pleased that so many great examples of successful UK Cypriots are participating in the roundtable. Their expertise, insights and perspectives are crucial as we think about how to best utilize all the talents of our diaspora for the benefit of Cyprus and our diaspora.”