#HandsOffCyprus campaign concludes with 58% of MPs contacted by their constituents

The Federation’s #HandsOffCyprus campaign has concluded today as constituents across the UK have been emailing their MPs, over the last two months, about Turkey’s ongoing occupation of Cyprus. The template letter reminded MPs about Turkey’s refusal to abolish or even discuss the anachronistic Treaty of Guarantee (1960) as well as Turkey’s recent illegal incursions into Cyprus’s Exclusive Economic Zone. 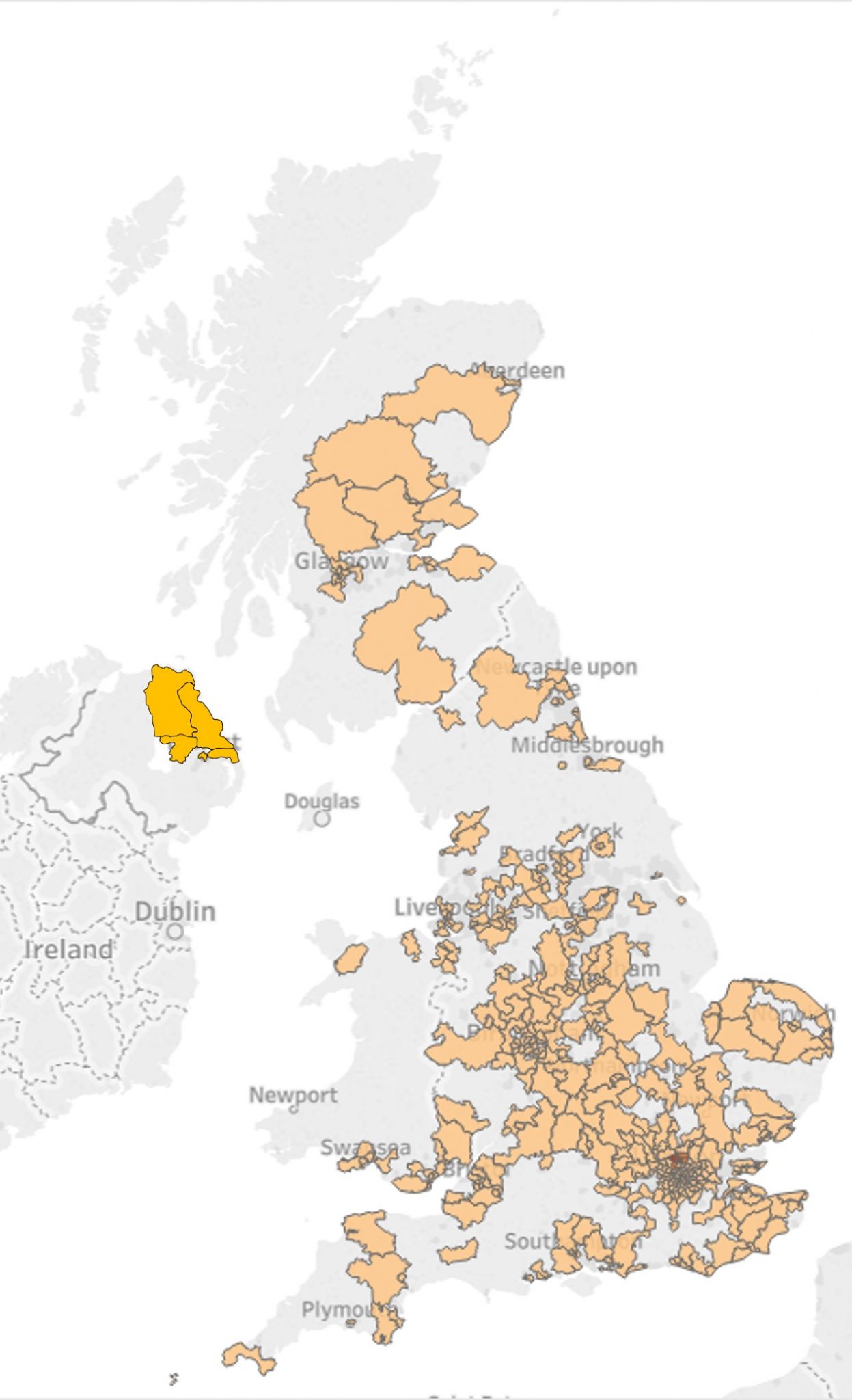 Map of the 378 (58%) constituencies where Members of Parliament have received emails, asking their MP to advocate for the end of the ongoing Turkish occupation, the withdrawal of their troops, the end of the anachronistic system of guarantees as well as the immediate withdrawal of turkey’s war and drill ships in the Republic of Cyprus’ Exclusive Economic Zone (EEZ)

The highlighted map (right) shows the 58% of constituencies where MPs have been contacted by their constituents about Cyprus. Emails have been sent from as far north as Aberdeen and as far south as St Ives, Cornwall. As a result, a number of individuals have already received responses from their MPs and we’ve seen welcome changes in policy, and supportive statements.

The Federation would like to express its gratitude to our Member Associations, the community media, Cypriot student societies, community Greek language schools, as well as the Greek Orthodox Church for helping us to engage with our community across the country and increase the reach of our campaign.

Federation President, Christos Karaolis, commented on the outcome of the campaign saying that, “We can be proud that, 45 years after the invasion, the UK Cypriot community remains steadfast in its collective campaign for a free, united Cyprus but also stronger than ever as we have reached more MPs through our campaign than ever before. With over half of MPs now aware and engaged on the Cyprus issue, there can be no doubt that our efforts to end the Turkish occupation, the anachronistic treaty of guarantees and reunify our island are gaining more support. Thank you to everyone who was part of the campaign and took time to email their MP.”

Many people have sent the responses they have received from their MPs to the Federation. If you’d like to do the same, please email us via: enquiries@cypriotfederation.org.uk