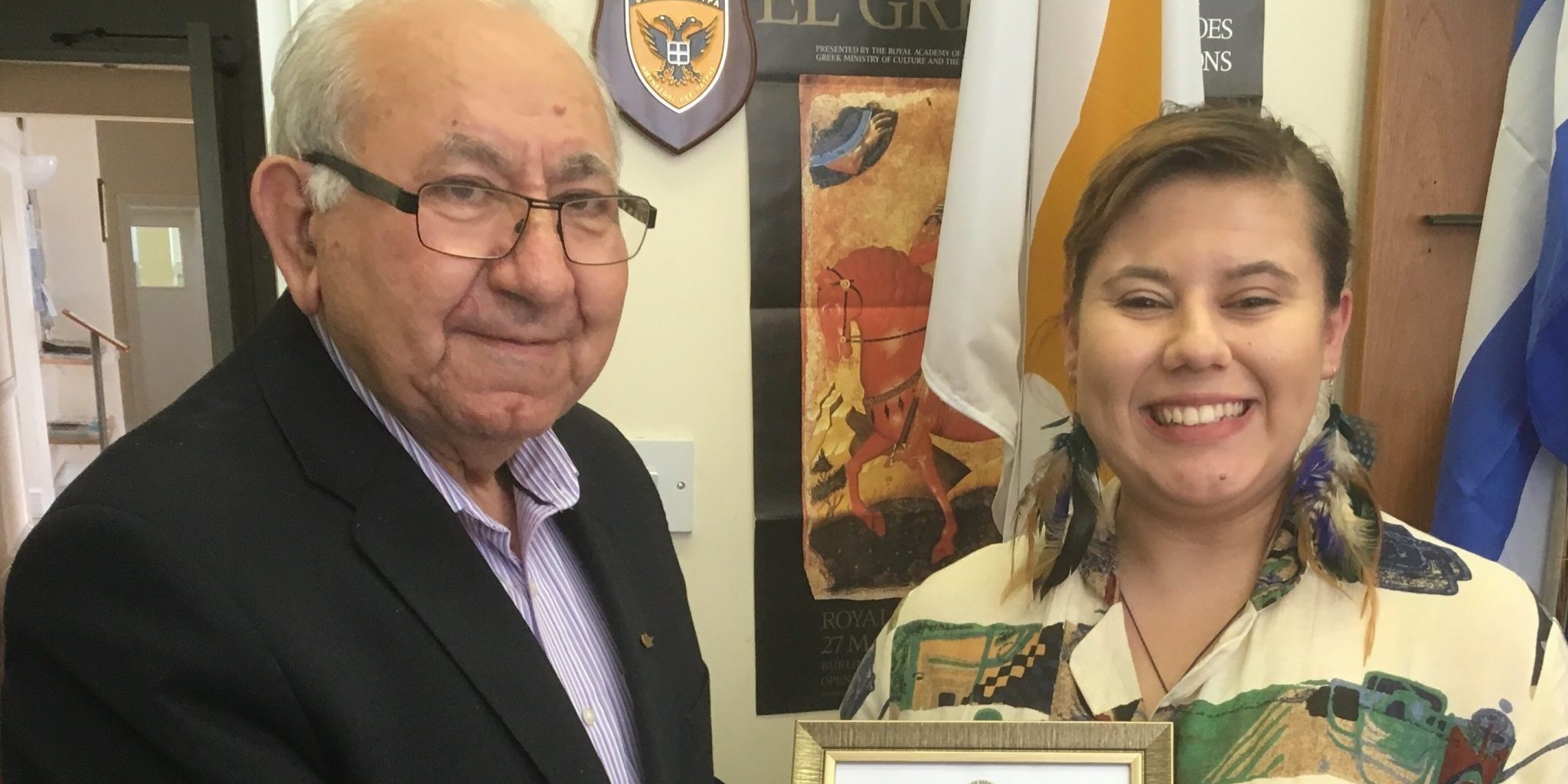 The Federation shows their gratitude for the work Anastasia Ntoumou did in her time as an intern. Studying in London, from Katerini in Greece, Anastasia worked at the National Federation for Cypriots in the UK at the Greek Cypriot Brotherhood from October 2018 to June 2019. During her internship she undertook various tasks and responsibilities, including assisting in planning events of both the Federation and the Brotherhood such as the free university lectures, drafting speeches and letters in Greek and other initiatives.

Most notably, Anastasia led the creation of the first database of the thousands of books in the library at the Greek Cypriot Brotherhood. This was part of her bachelor’s in Business Management at London Metropolitan University where she was tasked with being a project leader.

Beyond Anastasia’s main task however, she helped engage the UK Cypriot community and London Metropolitan University students with the Federation’s #HandsOffCyprus campaign as well as volunteering as a photographer at Federation events.

We wish Anastasia every success in her career with her family business both in Greece and in Serbia.