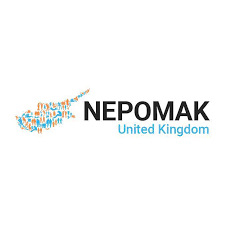 The Executive Secretary of the National Federation of Cypriots has received notice of the NEPOMAK UK Annual General Meeting (AGM) and Elections.

In line with clause 16.4 of the NEPOMAK UK constitution: “VOTING MEMBERS wishing to stand for the 22 elected positions on the NEC or EXECUTIVE OFFICE must submit in writing their name, address, DOB to reach the Executive Secretary of the National Federation of Cypriots by 4:00pm four weeks before the AGM. Regional Boards must also submit their nominated candidates in the same way.”

Any NEPOMAK UK member wishing to stand for the National Executive Committee (NEC) of Executive Office, are kindly asked to email Mr Andreas Karaolis (Executive Secretary) of the National Federation of Cypriots in the UK on andreas.karaolis@cypriotfederation.org.uk by 4.00pm, Sunday, November 3rd 2019.

Members of NEPOMAK UK who permanently reside more than 100-mile radius from the centre of London can vote in the elections by postal voting ballot. Postal voting ballots must be returned properly completed and signed by 4:00pm, Sunday, 24th November 2019 addressed to the Executive Secretary at 1 Britannia Road, Finchley, London, N12 9RU by self-addressed envelope. All other members must vote in person at the AGM.

For any questions regarding NEPOMAK UK or the proceedings of the AGM, please email nepomak.uk@gmail.com