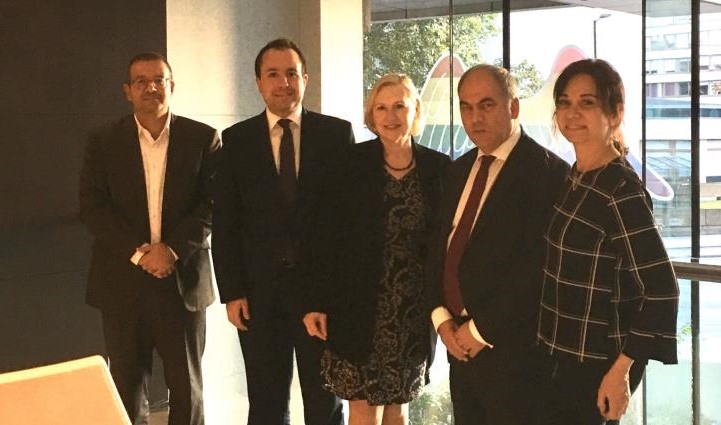 The UN Secretary-General’s Special Representative and Head of UNFICYP Elizabeth Spehar has held a meeting in London with representatives of the UK Cypriot community.

The meeting on Wednesday evening was arranged on the occasion of Spehar’s stopover in the UK returning to Cyprus from New York.

The UN’s Canadian official met with Bambos Charalambous MP, the President of the National Federation of Cypriots in the UK Christos Karaolis, the Director of Engi, a London-based conflict management organisation, Yeshim Harris and Neophytos Loizides, Professor in International Conflict Analysis in the University of Kent.

During the meeting Spehar asked about the Cypriot diaspora’s perspective on the efforts for a settlement to the Cyprus issue, as she is understood to believe that Cypriots abroad could create a positive momentum towards successful talks.

Other topics of discussion included the role that Cypriot youth could play in the direction of creating the necessary conditions for a settlement, through civic society  synergies between the two communities, and the future of UNFICYP.

Spehar also had meetings with Foreign Office officials and academics.