The United Kingdom will be going to the polls today in one of the most crucial and closely fought General Elections for many years. Therefore, we encourage you to exercise your democratic right at the ballot box and to remind your family and friends to vote as well.

Federation President, Christos Karaolis said: “The UK Cypriot community must make its voice heard during this election campaign and I urge everyone to go to vote today. As you think about who to vote for, amongst the many issues that you will be weighing up, please also consider what candidates have done for Cyprus. There are candidates standing for election that have asked questions and spoken about Cyprus in Parliament; attended and supported our events; actively shown that they support a free, united Cyprus based upon a just and viable solution to the Cyprus issue; and have campaigned against the Turkish occupation. Please support those candidates that have supported our community.”

EVERY CYPRIOT VOTE COUNTS – OUR VOTE IS OUR VOICE

Election messages to our community from UK Political Parties

We know that members of our community will be weighing up several factors to decide how to vote in the General Election on Thursday 12 December. Therefore, the National Federation of Cypriots in the UK has asked UK political parties for their messages to our community. Here’s what they said: 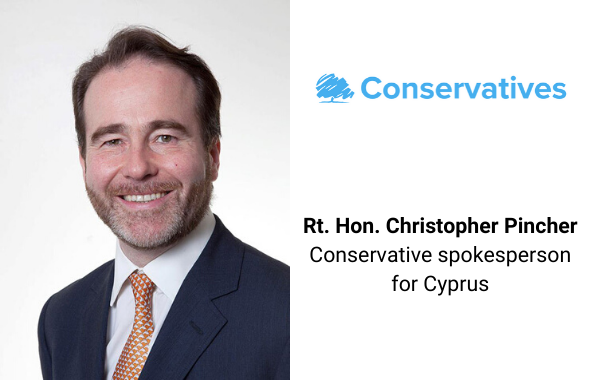 “I’ve always enjoyed my visits to Cyprus, the place is so warm and welcoming, not least my last visit as Minister of State in the Foreign Office, where I had a great meeting with President Anastasiades, Foreign Minister [Nikos] Christodoulides and with the Turkish Cypriot community leader Mr Akinci.

“I support the long-term solution to the division of Cyprus, a bi-zonal bi-communal federation. I think that’s a long-term solution that we can all buy into. I’ve said it before and I’ll say it again, I disagree with Turkey’s decision to drill for oil near the coast of Cyprus. I believe that Cyprus has the right of access to its Exclusive Economic Zone and to extract any hydrocarbons there for the good of all the people living on the island of Cyprus. But the most harrowing thing I’ve seen in all my visits was my visit to Famagusta and the ghost town of Varosha. Seeing those empty beaches, those deserted hotels with broken windows, the streets lifeless and empty. That’s wrong, and I want to see a solution on the island of Cyprus that means that those beaches team once again with happy people, that sees the streets full of visitors and residents, that fixes the broken windows in the homes and the ghostly hotels. That’s a solution we can all buy into.

“I want to thank my many colleagues, including Theresa Villiers, Mike Freer and Matthew Offord, who work so hard to keep this issue on the agenda of all of us.” 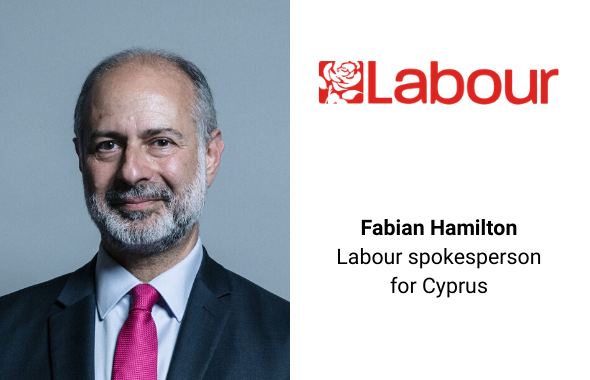 “Over 45 years after the invasion, the Labour Party continues to seek an end to the occupation and to work for the reunification of Cyprus. A solution, of course, must be in line with the UN Security Council resolutions, high-level agreements and the EU acquis, as well as the Guterres framework as articulated at Crans Montana. We support the reunification of Cyprus as a bi-zonal, bi-communal federation, that is a normal and viable state.

“Cyprus is a member of the EU and the Commonwealth and does not require outdated guarantees or foreign troops. A just solution must also address the crucial issue of property and allow refugees from both communities to reclaim their property if they wish to do so. And I think we must also rapidly address the humanitarian issue of the missing persons and encourage all governments to fully cooperate in order to bring closure on this issue.

“For too long now, the people of Cyprus have been divided; so we welcome the meeting between the United Nations Secretary General President Anastasiades and Mr Akinci on November 25th in Berlin and we want to see the resumption of negotiations from where they left off. Mr Akinci and President Anastasiades must be given the freedom and support to negotiate without interference. So it’s for that reason and the respect for sovereignty of the sovereign rights of the Republic of Cyprus that the Labour Party has been consistent in its condemnation of Turkey’s illegal drilling in the Republic of Cyprus’ Exclusive Economic Zone, the EEZ. We also support the targeted measures that have been imposed by the EU against Turkey.

“Finally, on Brexit, the Labour Party believes that the decision should be put back to the people of this country in a referendum and that’s what we’ll do when we’re in government. And in that referendum I, along with many of my Labour colleagues, including some well-known friends of Cyprus like Bambos Charalambous and Catherine West, will be campaigning to remain.” 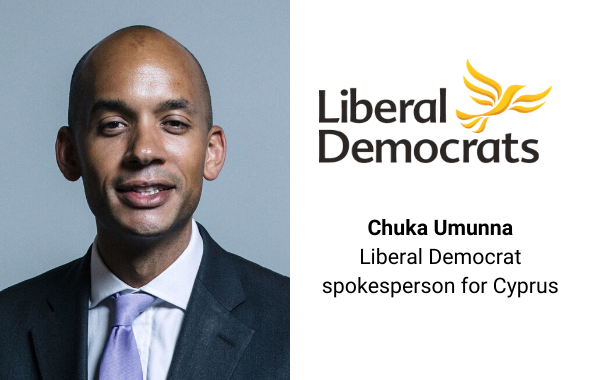 “At this general election, I know there are many issues for the British Cypriot community. None more so than, of course, Brexit, the community of course strong Remainers. We are the UK’s biggest and strongest Remain party, the Liberal Democrats.

“We want to stop Brexit. It’s not good enough simply committing to a people’s vote, a cause that we are in favour of, but I think what people want to know is, if and when that opportunity comes up, is the party going to be backing Remain? And we are unequivocal that every single Liberal Democrat part of our party will be backing Remain in any people’s vote and the bottom line is, we are not going to be able to get the numbers in Parliament for a people’s vote unless we reduce the number of Conservative MPs in Parliament and, the Liberal Democrats are in a position to take seats from the Tories much more so than the Labour Party.

“So vote for the Liberal Democrats to stop Brexit and to stop the Tories being able to force through their disgraceful form of Brexit which would do so much damage to our economy.”

“Many people have been asking about the Liberal Democrats position on the situation Cyprus, so I thought it worth posting something here.

“I strongly advocate for the respect of the fundamental freedom and human rights in Cyprus. I believe that any resolution must be jointly acceptable both the Greek Cypriot and Turkish Cypriot communities.

“As you may know, I have been committed to a reunited, bi-zonal, bi-communal, federal, Cyprus. The Liberal Democrats and I will continue to do what we can to support dialogue and diplomatic relations between the two parties. The solution itself must be in line with UN Security Council resolutions, and High-Level agreements.

“The Liberal Democrats urge Turkey to refrain from any actions that contravene international law. Turkey’s decision to drill in the region risks stoking tensions. We believe any explorations in the region that do take place must benefit all communities. We stand in solidarity with Cypriots and call for greater confidence building measures between the communities to help facilitate a united, equal and peaceful Cyprus.

“I would also like to take this chance to praise the fantastic contribution Cypriots have made to our communities here in London, many of whom arrived here in 1974 fleeing the Turkish invasion. They have made a vital contribution to the multi-cultural London that we know and love.”

Did you know? In 2018, the National Federation of Cypriots in the UK conducted a survey which found that 83% of the UK Cypriot community supported remaining in the European Union and 83% supported a second referendum – https://cypriotfederation.org.uk/2018/11/cypriotcitizenshipandbrexitpollresults/