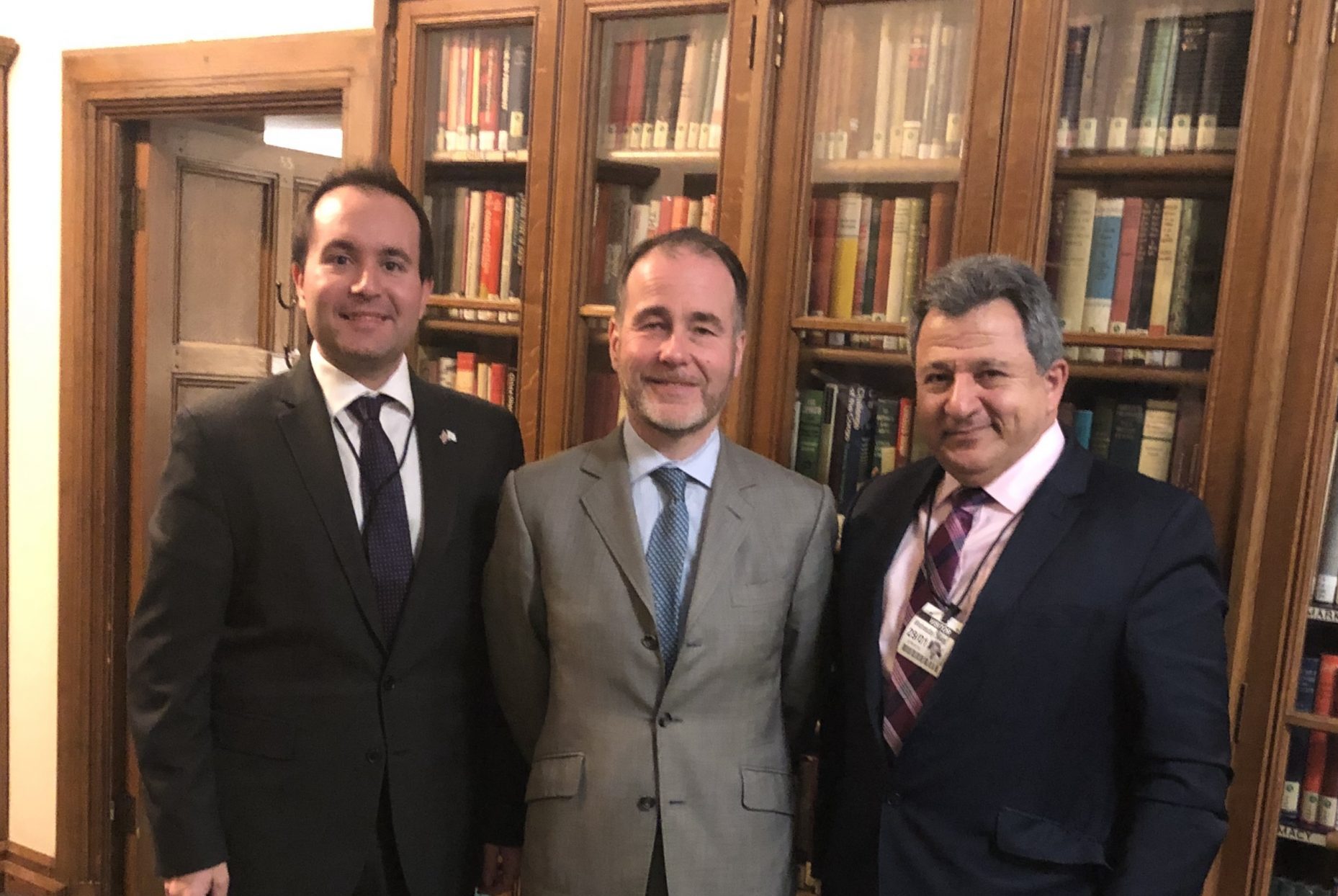 The President of the National Federation of Cypriots in the UK, Christos Karaolis, and Vice-President Andreas Papaevripides held a meeting on Wednesday 29 January with the Minister for Europe, Rt Hon Christopher Pincher MP.

The Federation delegation exchanged views with the Minister on a variety of topics including Turkey’s recent illegal incursions into the Republic of Cyprus’ EEZ and thanked the Minister for the Government’s support of EU sanctions against Turkey. They also discussed prospects to restart negotiations to reunify the island, how to strengthen links between the UK and Cyprus post-Brexit and the work of the UK Cypriot diaspora. The Federation delegation stressed to the Minister the necessity to abolish third country guarantees and withdraw foreign troops, as part of a just and viable solution.