Minister of the Interior joins Federation for a working dinner 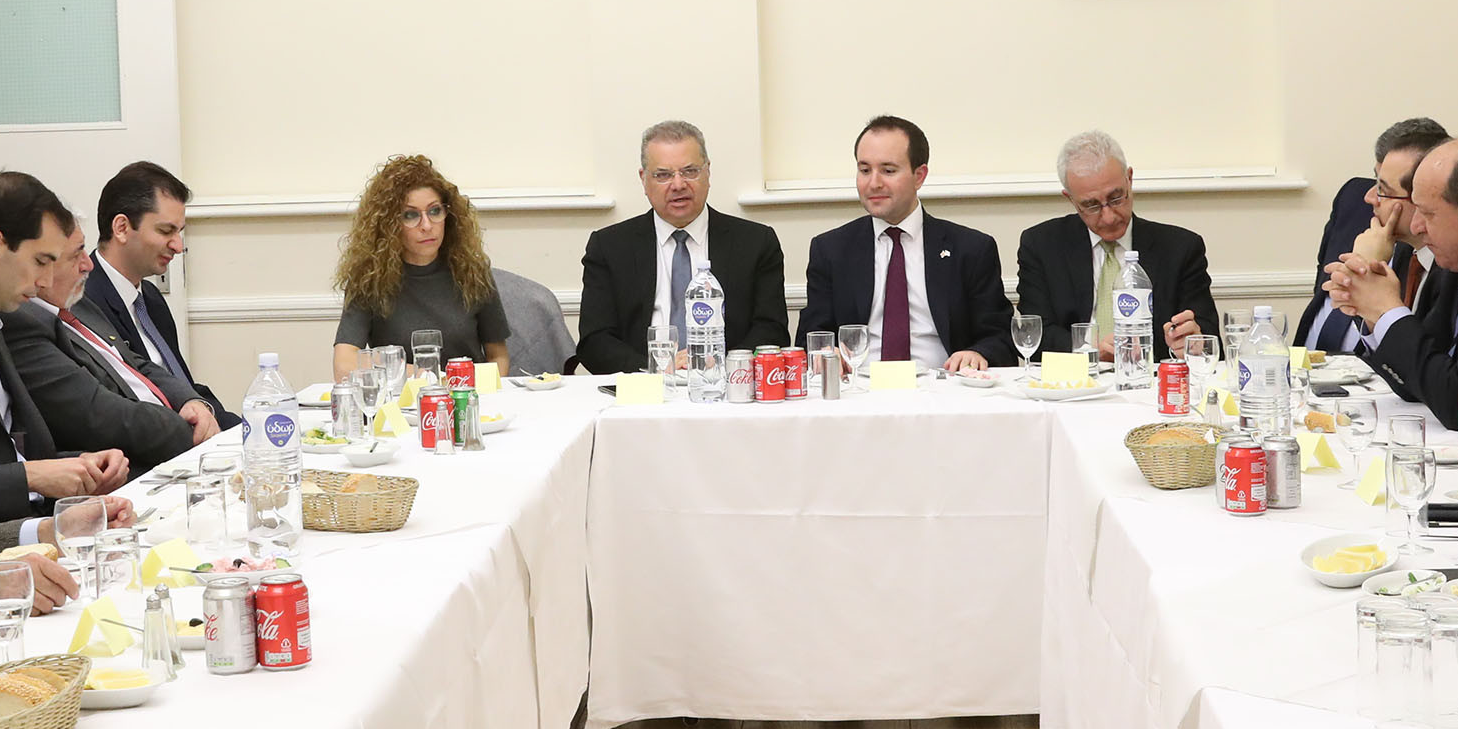 Following the opening of the PIO exhibition, the Minister of the Interior of the Republic of Cyprus, Mr Nicos Nouris, joined the Federation for a working dinner to discuss various issues of importance to the UK Cypriot community, given Brexit.
Mr Karaolis welcomed the Minister to London, and went on to say that the number of UK Cypriots applying Cypriot citizenship has already increased significantly to ~620 in 2019 (via the Cyprus Consulate in London) and will likely increase further, given that the UK’s departure from the European Union this year. He praised the efforts of the High Commission of the Republic of Cyprus and Interior Ministry for beginning to digitise the process (e.g. online appointment bookings) and a discussion ensued about other potential initiatives to further expedite the process and simplify criteria.
Mr Nouris thanked the Federation for hosting him for a working dinner. He assured the Federation that the Ministry of the Interior will continue to look at ways to improve and simplify the process of acquiring Cypriot citizenship for UK Cypriots, including further digitisation.
With regards to Brexit and its possible consequences for the UK Cypriot community, the Minister urged all UK Cypriots that do not have British citizenship to ensure they have registered for the EU Settled Status Scheme. He said, “UK Cypriots that don’t have British citizenship must apply for settled status whether they already have permanent residence or not, in order to avoid possible issues regarding their status in the near future”.