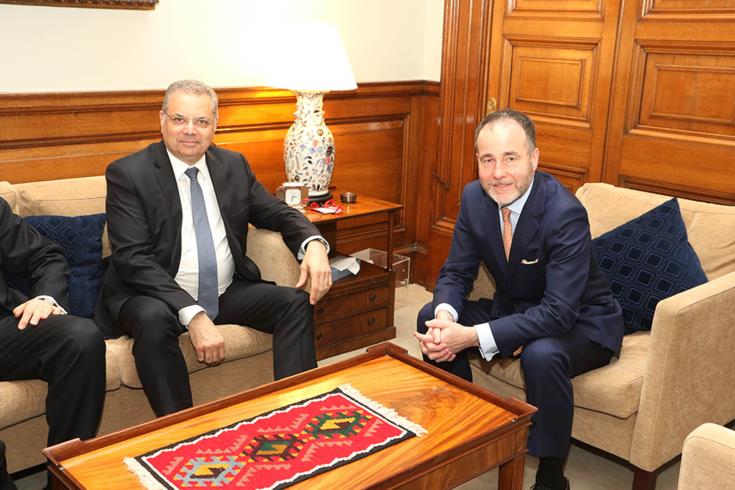 The UK Minister for Europe Christopher Pincher has assured British Cypriots that his country’s commitment to a just and lasting settlement to the Cyprus issue based on the internationally accepted model of a bi-zonal, bi-communal federation “continues to be as strong as ever.”

He was responding to a letter sent to Prime Minister Boris Johnson by Christos Karaolis, President of the National Federation of Cypriots in the UK.  Karaolis was asking the Prime Minister to convey clear messages of British support for Cyprus to Turkish President Erdogan during his visit to London for the NATO summit in December.

Pincher notes in his letter that the two leaders did not have an opportunity for a one-on-one meeting, other that their common presence in a wider meeting on Syria and Libya.

On the Cyprus issue, the British Minister for Europe expresses the hope that “the recommitment of the two Cypriot leaders to previous convergences on settlement at their meeting in November can lead to further agreements on terms of reference and the resumption of settlement talks.”

He also states that the UK will continue to actively encourage all parties, including the other guarantor powers, to engage constructively in this process.

On the subject of hydrocarbons, also raised in Karaolis’s letter, Christopher Pincher says that the United Kingdom has been clear that it “deplores” Turkish drilling in the waters around Cyprus.

“We have repeatedly communicated our opposition both in public and in private. We continue to call for de-escalation; we believe that disputes such as this should be resolved not through force, militarisation or coercion, but through dialogue and in accordance with international law,” reads the letter.

Pincher reiterates London’s support for the sovereign right of the Republic of Cyprus to exploit resources in its internationally agreed Exclusive Economic Zone.

The UK Minister for Europe concludes by expressing his government’s “highest regard” for the relationship with Cyprus and hails the role of the diaspora in promoting a settlement of the Cyprus issue and in advancing bilateral relations.