UK calls for compliance with UN resolutions on Famagusta 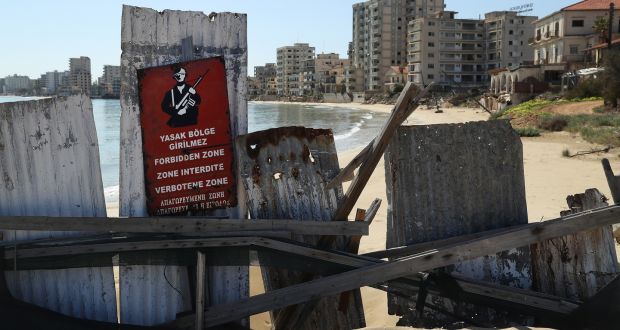 Vice-President of Turkey, Fuat Oktay, recently announced that Turkey is looking to re-open the occupied ghost town Varosha in Famagusta. This is deeply unacceptable and contravenes international law, including multiple UN Security Council resolutions. Turkey must take its hands off Cyprus and properties that belong to Cypriot refugees.

The UK has made its opposition to this clear and has said that, “We [the UK] fully support all relevant Security Council resolutions, including Resolutions 550 and 789… The UK remains convinced that a comprehensive settlement is the best chance of resolving these issues”.

UN Security Council resolution 550 (1984): “Considers attempts to settle any part of Varosha by people other than its inhabitants as inadmissible and calls for the transfer of that area to the administration of the United Nations.”

UN Security Council resolution 789 (1992): “That with a view to the implementation of resolution 550 (1984), the area at present under the control of the United Nations Peace-keeping Force in Cyprus be extended to include Varosha.”