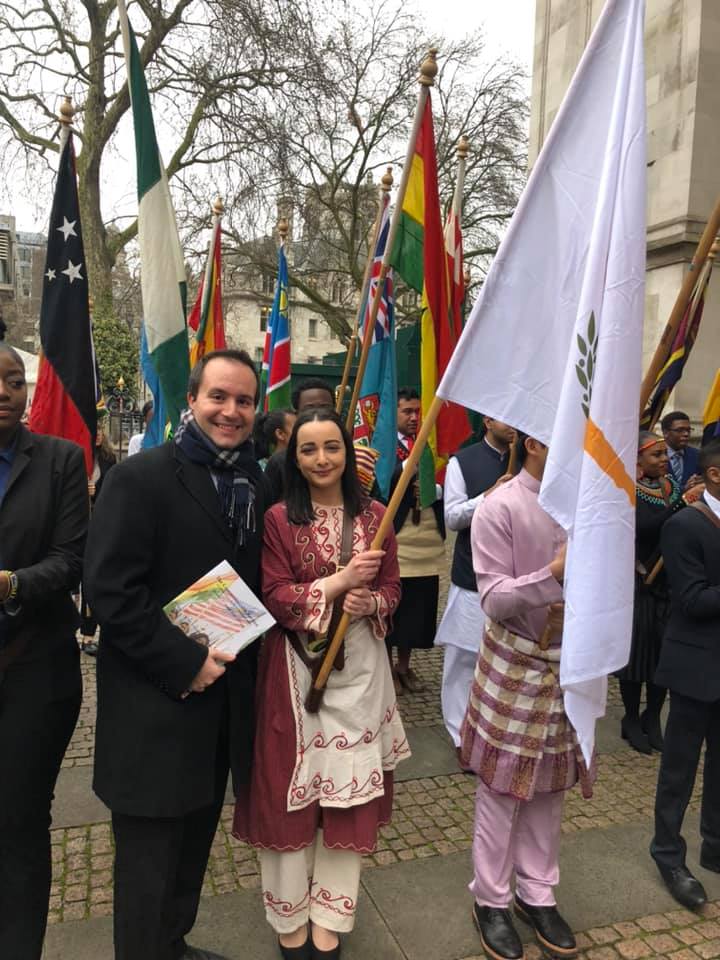 The President of the National Federation of Cypriots in the UK, Christos Karaolis, said that he was honoured to attend the annual Commonwealth Day Service at Westminster Abbey in the presence of HM Queen & Prime Minister Boris Johnson on Monday 9th March 2020.

UK Cypriot Christina Dymiotis was Cyprus’ flag bearer at the service and travelled down from Sheffield to take on the responsibility.

Posted by National Federation of Cypriots in the UK on Monday, 9 March 2020