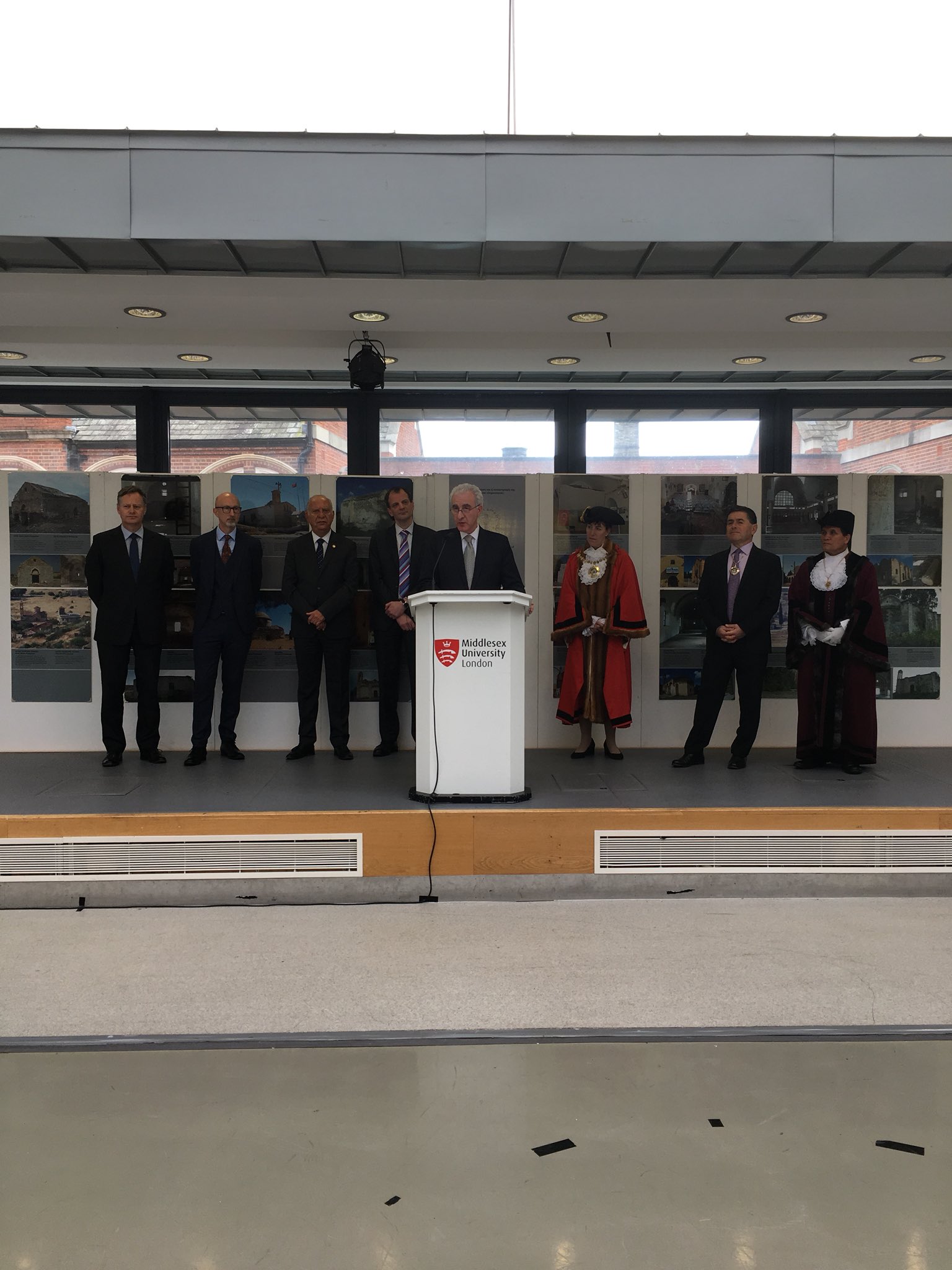 The Municipality of Morphou held a photo exhibition at Middlesex University on Monday 9th March 2020. The exhibition displayed pictures of Morphou throughout the decades that it has been under illegal military occupation by Turkey since 1974. The pictures showed churches being looted and desecrated, derelict buildings, and a heavy military presence in areas that were once residential.

Opening remarks were given by H.E. the High Commissioner of the Republic of Cyprus to the UK, Andreas Kakouris; Matthew Offord (MP for Hendon); the Mayor of Barnet, Caroline Stock; and the Chief Financial Officer of Middlesex University.

Also in attendance were the Mayor of Morphou, Victoras Hajiavraam; the Consul General of the Republic of Cyprus to the UK, Theodoros Gotsis; the Vice-Chancellor of Middlesex University; Federation Executive Secretary, Andreas Karaolis; President of NEPOMAK, Christos Tuton; Federation Assistant Executive Secretary, Adrian Patsalos; local councillors and members of the public.

— National Federation of Cypriots in the UK (@UKCypriotFed) March 9, 2020