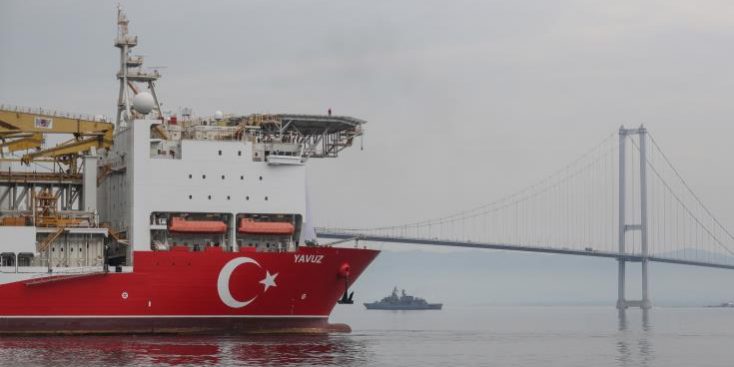 “We continue to call for de-escalation” the Spokesperson added, when asked to comment on the presence of Turkish drill ship “Yavuz” in the exclusive economic zone of Cyprus and the announced attempt to drill another well in blocks licensed to European companies.

“The UK has consistently stated our support for the Republic of Cyprus’ sovereign right to exploit the oil and gas in its internationally agreed Exclusive Economic Zone. We believe the most enduring way of resolving difficult issues such as this is to achieve a Cyprus settlement. We encourage all parties to redouble their efforts in pursuit of this,” the Spokesperson continued.

“We continue to believe Cyprus’ oil and gas should be developed for the benefit of all Cypriots” the British High Commission Spokesperson concluded.

Hypocrisy & opportunism are not what @antonioguterres & @DrTedros are calling for. https://t.co/w7uejKsUa3

— National Federation of Cypriots in the UK (@UKCypriotFed) April 20, 2020